Witness describes how victim was bleeding in numerous places 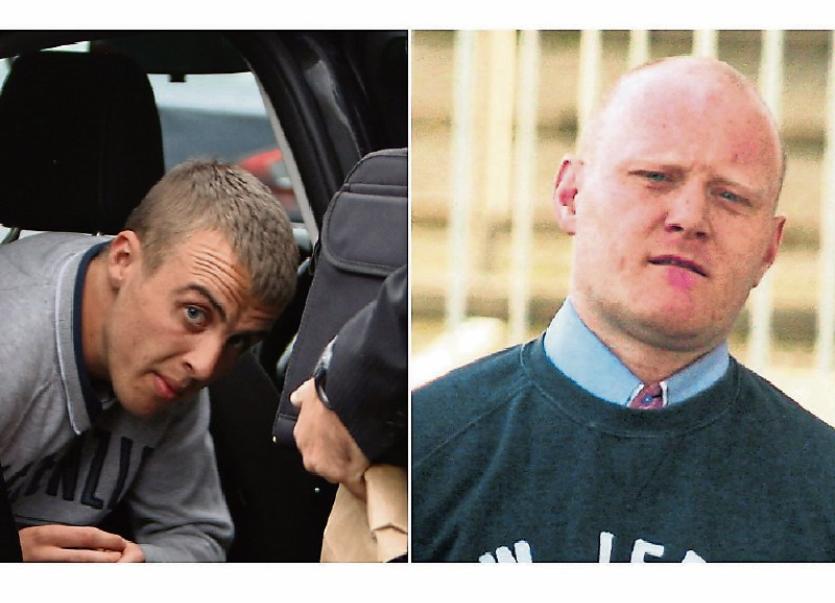 Dylan Hayes and Ger Hogan have pleaded not guilty to murdering Shane Murphy in Pallasgreen on April 30, 2015

A witness at a murder trial has described how he pulled the two accused men away from the deceased, who was “bleeding in numerous places on his body.”

Dylan Hayes, aged 22, of The Crescent, Kilteragh, Dooradoyle and Ger Hogan, aged 33, of Raheen Square, Ballinacurra Weston have pleaded not guilty to the murder of 26-year-old Shane Murphy at The Grove, Pallasgreen on April 30, 2015.

At the Central Criminal Court this Tuesday, Graham Kelly told prosecuting counsel Paul Burns SC that he travelled to the house in Pallasgreen that day in a taxi with Dylan Hayes.

Mr Kelly told the jury he can't remember a lot as he had been drinking for nearly four days and was “very intoxicated and taking tablets on top of it”.

In the taxi, he noticed that Mr Hayes had a toy gun. “I told him to throw it out the window,” he said.

The witness said that when they arrived at Pallasgreen they were invited into the house. Inside were Ger Hogan, Shane Murphy, Mr Murphy's girlfriend Sharon Kelly and two other women.

At one point Mr Kelly was drinking in the kitchen when he heard the girls screaming in the sitting room. When he went to find out what was happening he saw a fight going on between Shane Murphy, Dylan Hayes and Ger Hogan.

He said he hit Dylan Hayes and that the two accused men ran away but a short time later Ger Hogan came back so Mr Kelly struck him. “I said: 'Get out of the room.' He kept coming towards me so I hit him.”

When he broke up the fight, Mr Kelly said Mr Murphy fell to the ground and was “bleeding in numerous places on his body.”

The fight happened “all in a split second” and once Mr Hayes and Mr Hogan were out of the room, Mr Kelly opened Mr Murphy's top.

He told Mr Burns that he does not remember anyone saying anything, adding: “I was out of my head on drink and drugs and can't remember last week never mind two years ago.”

The trial continues before Justice Patrick McCarthy and a jury of five women and seven men.