WATCH: Limerick takes centre stage as Riverfest 2017 is biggest and best to date

TENS OF THOUSANDS DESCEND ON THE CITY OVER BANK HOLIDAY WEEKEND 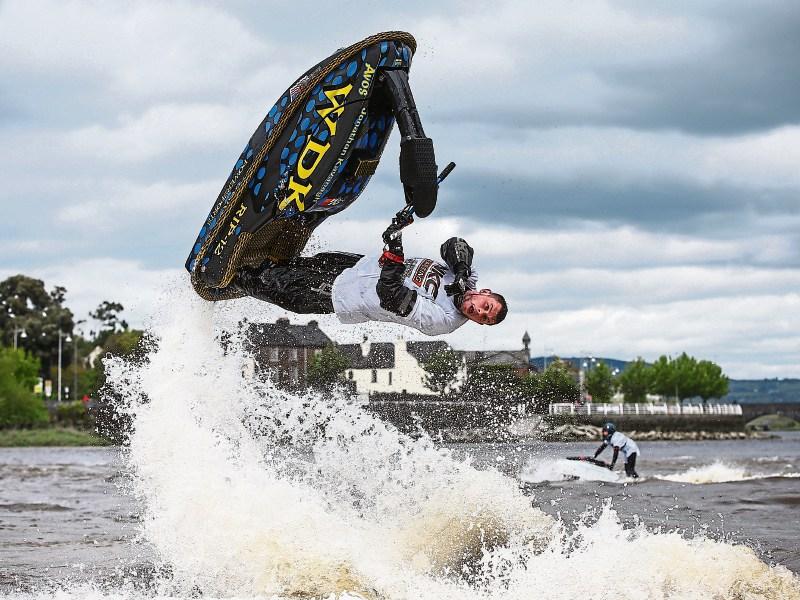 Performing stunts on the River Shannon was Jonathan Kavanagh from the UK during Riverfest - Picture: True Media

RIVERFEST 2017, which attracted tens of thousands of people to the city is being hailed as the biggest and best ever.

Visitors to the city were treated to an electric atmosphere, free food at the Riverfest BBQ, a variety of river-based events as well as a spectacular fireworks display on Sunday night.

There were various gigs at venues across the city with Hermitage Green headlining at King John’s Castle.

Huge crowds gathered at the Riverfest Village at Arthur’s Quay Park and along the riverside where the addition of a free zipline crossing over the river Shannon proved particularly popular.

World Champion jetboarders Scotty Knemeyer and Bo Krook were two of the stand out stars of Riverfest 2017 as they thrilled the crowds with unbelievable displays in the water as part of the Maldron Hotel Riverfest on the Shannon.

Saturday’s Riverfest BBQ at the boardwalk at Harvey’s Quay proved hugely popular with the new venue coming in for praise from all.

“It has been phenomenal, the amount of work and effort the chefs have put in is just mind boggling because it is a hard gig and they are so funny and entertaining and it is amazing to see so many people here it’s choc-a-bloc and it’s been an amazing day for Limerick,” said Verette O’Sullivan, one of the judges.

“Riverfest, year after year, proves that Limerick can host festivals of this size and the massive crowds attending show there is a huge appetite for such events here in Limerick,” said Mayor Kieran O’Hanlon.