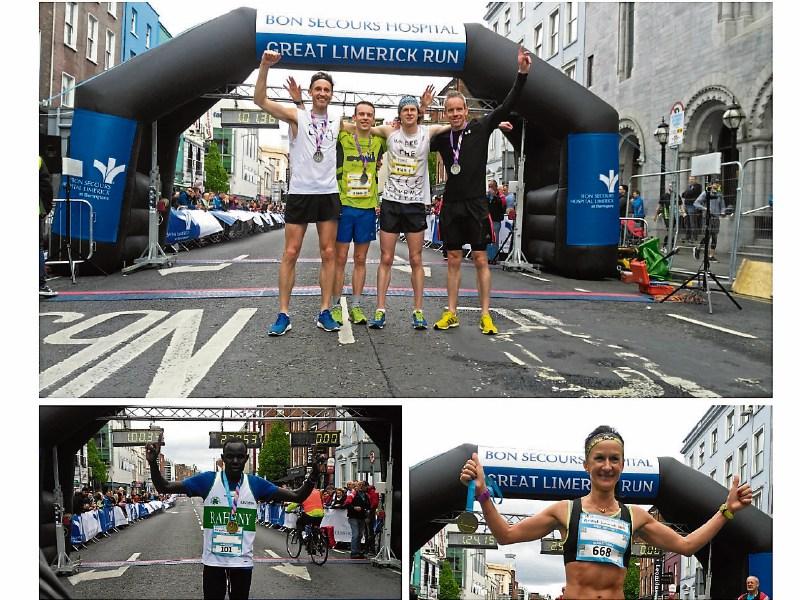 Thousands of people took the the streets of the city from early morning – both to take part in the event and to support the 12,000 runners along various parts of the route.

The full marathon started at 9am and Freddy Keron passed the finishing line at O’Connell Street 2 hours and 28 minutes later less than ten seconds ahead of the winning relay team  – One for the road.

“We are very good friends and there is a very good team spirit and it is just a good feeling when you are running together in a team effort –  it’s better than going out winning an individual race” said JJ who ran the last leg of the relay.

For the record, Pauline Curely who represented Ireland in the 2008 Beijing Olympics, finished in a time 2.52.10.

There were scenes of joy, ecstasy and extreme tiredness just past the finishing line as people from all walks of life and from all parts of the country completed the various events. 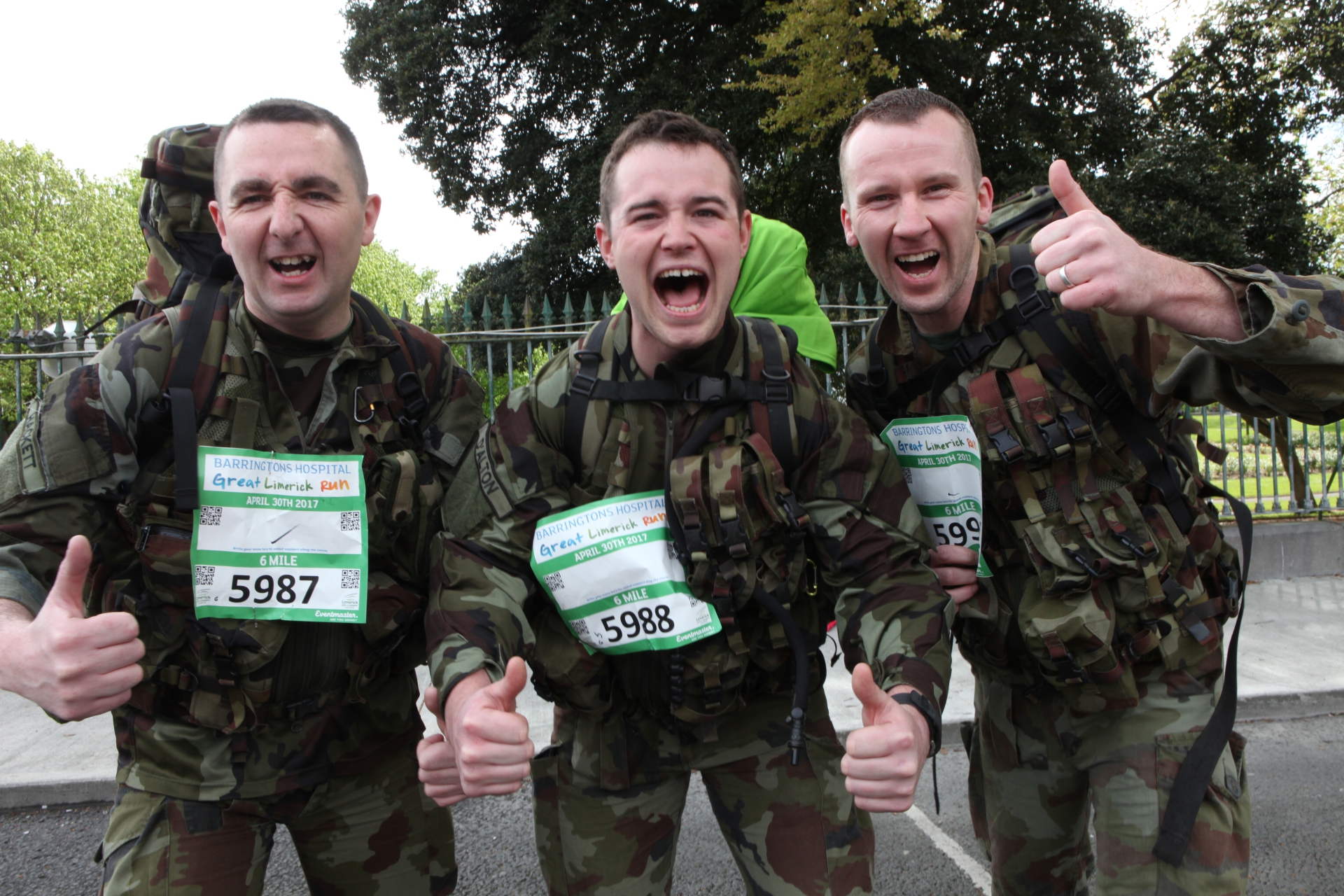 Kevin Broughun from Bruff who ran the half marathon in 1.29.40 says he only began running in January after talking to a friend who had run a marathon in the UK.

“I felt very good out there but I got tired at around 10 miles but I know the end was near so I kept going – I’m delighted,” he told the Leader moments after he crossed the finishing line.

A small army of volunteers along with members of the Red Cross, Civil Defence and other State agencies were on hand to ensure the event – the biggest outside Dublin – went off without any major incident.

Well done to all the finishers of #greatlimerickrun, especially all those who were fundraising for charities

Gardai are advising that traffic and parking restrictions will remain in place in the city centre until around 6pm.

Meanwhile the Riverfest celebrations, which are continuing along the riverside and at Arthur’s Quay Park, will culminate with a spectacular fireworks display over the river Shannon at around 10.15pm.