Full marathon began at 9am 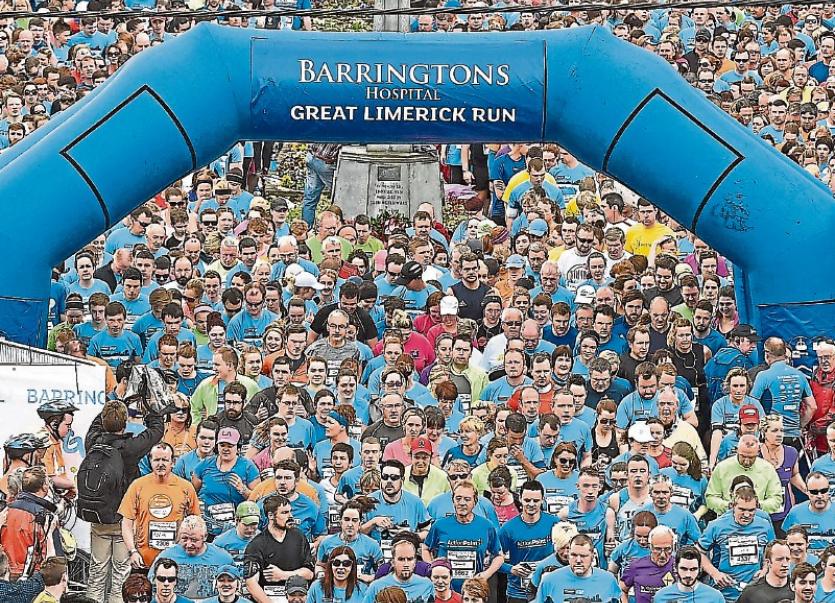 The year’s Barringtons Hospital Great Limerick Run is underway with thousands of people taking part in the event.

The full marathon began at 9am while the half-marathon and six mile events will get underway later.

Around 12,000 people are expected to part in the various events with many running for charity or good causes.

The route then heads onto Clare Street and out as far as the as Vistakon, taking in the superb University of Limerick Campus and the taking Living Bridge.

The marathon course then returns to the city centre along the newly upgraded Plassey bank reaching the halfway point on Parnell Street.

LIMERICK: A large number of road closures are now in place in Limerick city to facilitate the Great Limerick Run. https://t.co/qvBPcgxUj8

Traffic and parking restrictions will remain in place until the early afternoon when the Riverfest activities will continue at Arthurs Quay Park and along the riverside.

There will be a spectacular fireworks display over the river Shannon at around 10.15pm.