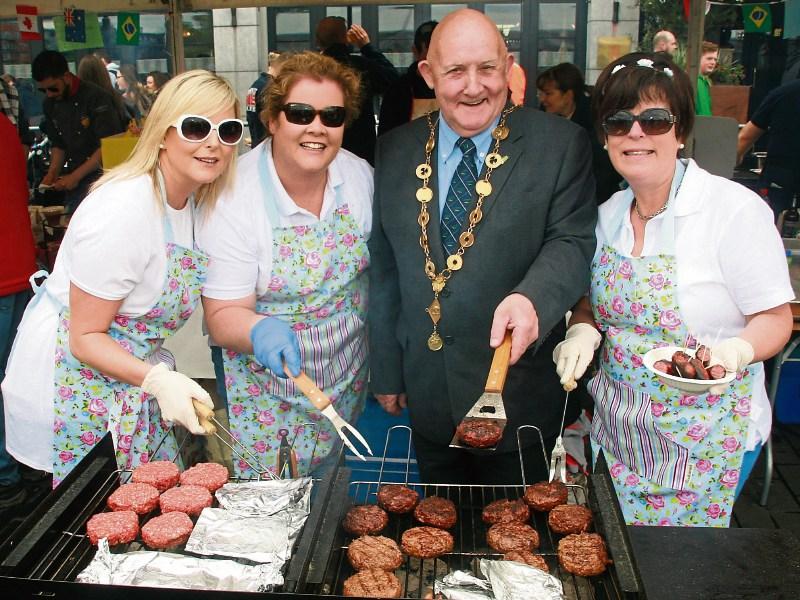 Thousands of people have descended on Limerick city for this years Riverfest celebrations.

Huge crowds have been gathering since early morning to enjoy and take part in the range of events and activities which are taking place at locations along the riverside.

The new location for the Riverfest BBQ at Howley’s Quay has been hailed as a major success and by lunchtime almost 10,000 people had passed through the entrance to the Riverfest Village at Arthur’s Quay Park.

The addition of a zipline over the river Shannon has proven hugely popular with people of all ages trying it out across the day.

Kieran Ryan of Grooveyard Event Management says they are thrilled so far.

“While there have been a few showers (of rain) spirits have not been dampened, there have been queues at many of the attractions all day since we opened. Everyone has a smile on their face and Arthurs Quay is buzzing,” he said.

Fantastic shot! What a way to take in the city sights! If you haven't given it a go yet, you simply must! :) #Riverfest #riverfest2017 https://t.co/tkcne5mXQc

Verette O’Sullivan, one of the judges for the Riverfest BBQ said this year’s event has been great.

“It has been phenomenal, the amount of work and effort that the chefs have put in is just mind boggling because it is a hard gig and they are so funny and entertaining and it is amazing to see so many people here it’s chockablock and it’s bee an amazing day for Limerick,” she told the Limerick Leader.

Riverfest continues until Monday afternoon with a spectacular fireworks display scheduled for around 10.15pm on Sunday.