Dylan Hayes was "out of it" on day of fatal stabbing 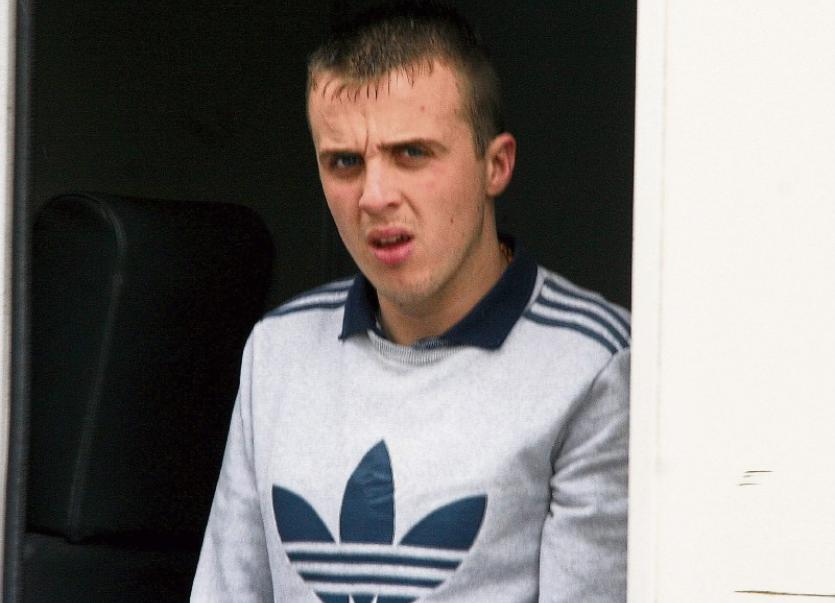 A LIMERICK man accused of murdering another man at a house in Pallasgreen was "extremely upset" about an alleged rape on the day of the fatal stabbing.

Dylan Hayes, aged 22, of The Crescent, Kilteragh, Dooradoyle has pleaded not guilty to the murder of 26-year-old Shane Murphy at The Grove, Pallasgreen on April 30, 2015.

Continuing her evidence this Wednesday, Mr Murphy's girlfriend Sharon Kelly told Mr Hayes' defence counsel Hugh Hartnett SC that earlier on the day Shane died a friend of hers called Mr Hayes and told him that she had been raped by a neighbour called ‘Wayne’.

Ms Kelly said the rape allegation was "false" but agreed with Mr Hartnett that Mr Hayes was "extremely upset" when he arrived following the phone call.

She agreed that Dylan was going to "deal with Wayne" and that he was "out of it".

She added: "He was clearly under the influence."

In her evidence, another woman who was staying at the house described the woman who claimed she had been raped as a "drama queen".

She told the jury she did not believe the allegation of rape and that the alleged perpetrator was harmless and had later killed himself.

She also said that when Mr Hayes arrived at the house he was furious and that he intended to kill the fella who had been accused of rape.

Going over events in the lead-up to Mr Murphy's death, the woman said a group of people gathered in Sharon Kelly's the night before.

She said at one point Mr Murphy and Ger Hogan began arguing and when Mr Hogan stood up she saw a knife sticking out of his pocket.

She said the women intervened and took the knife off Mr Hogan and then hid all the knives in the house.

She said she did this because she was afraid.
Michael Bowman SC, representing Ger Hogan, put it to her that it was remarkable that she spent that night sleeping on a couch with Ger Hogan if she was afraid of him.

She said that she slept on the couch and Mr Hogan followed her.

Mr Bowman also suggested to her that the incident with the knife had actually involved the other accused man, Dylan Hayes, and not Mr Hogan.

She said she did not agree and that she was not confused.

Later that night the witness said she was asleep in Sharon Kelly's bed when she heard the other woman screaming so she got up to find out what was wrong. She told the jury the woman said a man named as 'Wayne' had gotten into bed beside her.

The following night, Mr Hayes arrived at the house looking for Wayne

Despite being told that the (rape) allegation was "a load of lies" Mr Hayes was furious. "He was off his head too," she said.

"He wanted to kill this person and that person and he wanted to go over there and kill that man because he was after interfering with Jodie."

She said a fight broke out and she saw Dylan Hayes and Ger Hogan stab Mr Murphy. She said Mr Hayes held a knife while Mr Hogan held a screwdriver.

The trial continues at the Central Criminal Court before Mr Justice Patrick McCarthy and a jury of five women and seven men.