Limerick man died after being stabbed in the heart 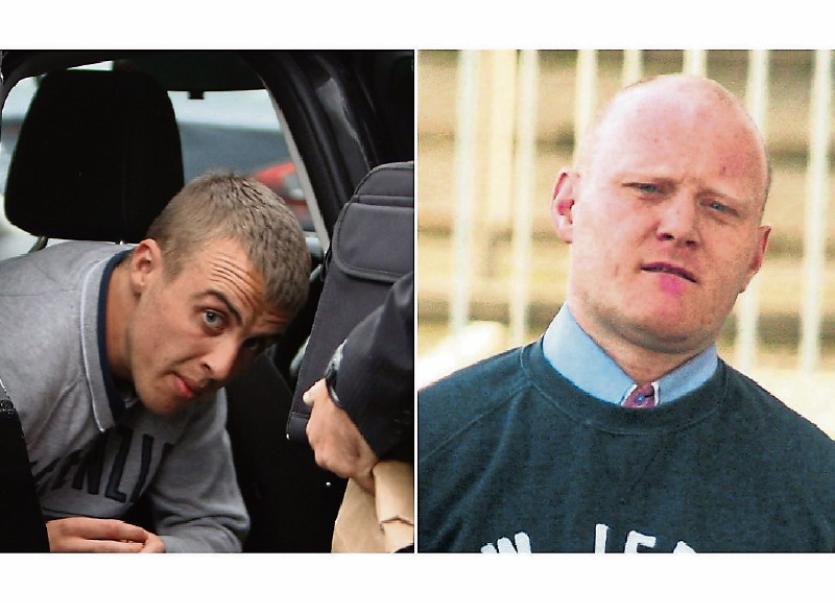 Dylan Hayes and Gerard Hogan have pleaded not guilty to murdering Shane Murphy on April 30, 2015

A Limerick city man died from a wound to the heart after he was stabbed during a house party, a barrister has told a murder trial.

Dylan Hayes, aged 22, of The Crescent, Kilteragh, Dooradoyle and Gerard Hogan, aged 33, of Raheen Square, Ballinacurra Weston have both pleaded not guilty to murdering 26-year-old Shane Murphy at The Grove, Pallasgreen on April 30, 2015.

Opening the trial at the Central Criminal Court this Tuesday, Paul Burns SC said it is the prosecution case that Mr Hayes and Mr Hogan attacked Shane Murphy with the intention to kill him or cause serous injury to him.

Outlining the evidence that the jury will hear, Mr Burns said the house at The Grove was the home of the deceased's girlfriend Sharon Kelly.

On the day before Mr Murphy's death a group of people went to Ms Kelly's house to celebrate Mr Murphy's birthday.

During the course of the birthday party one of the female guests, Jodie Byrnes, went to bed but woke up to find a man, named only as Wayne, beside her.

Mr Burns said Wayne appears to have been quite drunk at the time and has since died in circumstances not relevant to the trial.

Ms Byrnes screamed and jumped out of bed and Shane Murphy came and put Wayne out of the house.

The following day Sharon Kelly, Shane Murphy, Jodie Byrnes, Gerard Hogan and Ailish Flood were still at Sharon Kelly's home and most of them were drinking.

One of the people at Ms Kelly's home phoned Dylan Hayes and told him what happened the night before with Wayne.

Mr Hayes arrived at the house a short time later and there was an altercation.

Mr Burns said Mr Hayes and Mr Hogan attacked Shane Murphy and when they attacked him they intended to kill or cause serious injury.

He explained to the jury that a person can be guilty of murder even if they did not intend to kill, but only to cause serious injury.

He said a post mortem would show that Mr Murphy suffered a number of stab wounds to the arms, abdomen and chest and that he died from a stab wound to the heart.

Although attempts were made to resuscitate him, he died at the scene.

The trial continues this afternoon before Justice Patrick McCarthy and a jury of five women and seven men.