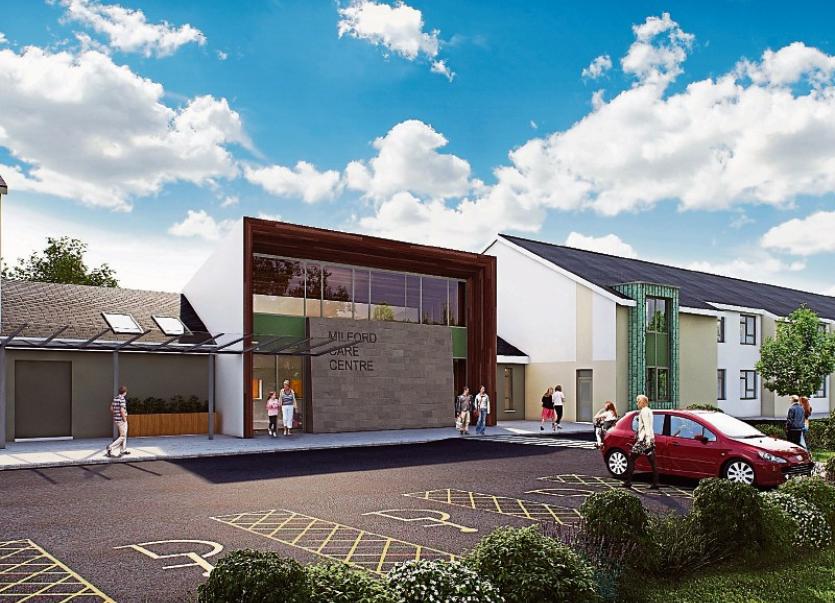 An architect’s impression of how the new development will look

DEVELOPMENTS worth up to €14 million are underway at Milford Care Centre to cater for the rise in people from across the Mid-West seeking palliative care.

Some €3.4m in funding has been provided by a number of billionaire JP McManus’s charitable funds to the Castletroy centre, which has been providing hospice care for 40 years.

A further €1.5m has been committed by the Health Service Executive, though the majority has been raised through Milford’s own fundraising initiatives and corporate fundraising.

The developments include a new 34-bed specialist in-patient palliative care unit and they will also expand the centre’s not-for-profit nursing home facility, from 47 beds to 68 single bedrooms, amounting to 102 beds between both facilities.

At present 16 rooms in the palliative care centre are shared. The new hospice will entirely replace their existing hospice facilities.

Pat Quinlan, chief executive of Milford, said the new facility will have all single rooms to allow for greater privacy for clients and their families, including those who will need to stay overnight.

“We have seen a phenomenal growth in demand for our services. In 2012, we had 1,250 patients for hospice care, and now that has grown to over 1,700. We cover Clare, Limerick and north Tipperary so we really are the single specialist service for the entire Mid-West. It’s a Mid-West hospice – not just Limerick.

“This new development will ensure that we have increased capacity for the future and that all of our service users will be given full respect and dignity at all times through the availability of all single rooms. We have and will very much continue to have a heavy reliance on voluntary fundraising,” said Mr Quinlan.

The developments were originally announced in February 2015 by Minister for Finance Michael Noonan.

However, Mr Quinlan said that both developments “have now grown in terms of size and scale.”

The new hospice is due to be operational by this December, and the renovations to the nursing home will be finished by mid-2018. One of the upcoming fundraising events will be the second annual Milford Hospice Memorial Walk on Sunday, May 28.

It will be followed by an event where loved ones are invited to tie tribute ribbons in members of deceased family members and friends on a memorial tree.

Brendan Foley, father of the late Anthony Foley and a member of the historic Munster Rugby team which defeated the All-Blacks in Thomond Park in 1978, has praised this “wonderful concept”.