Members agree to allocate €60,000 to Riverfest and the Richard Harris Festival 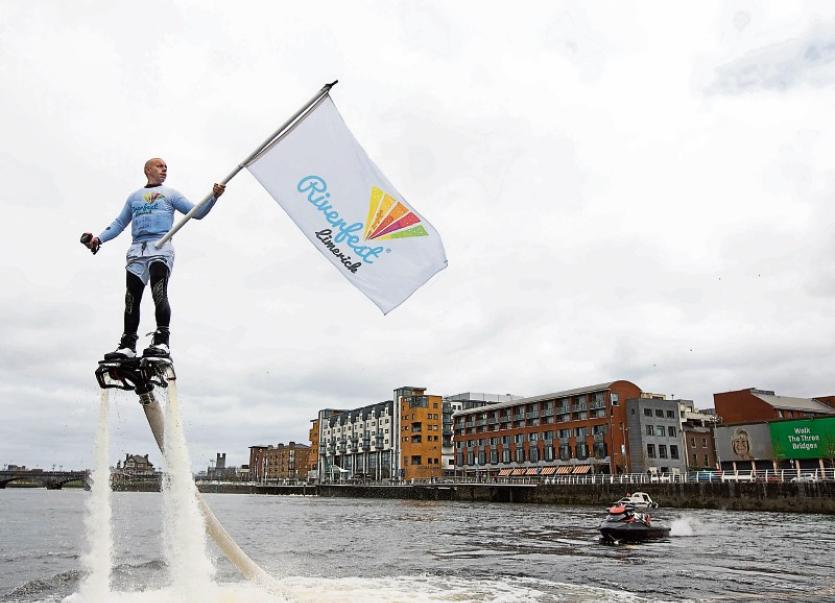 Riverfest is a fixture on the festival calendar - but what else can be developed?

LIMERICK City and County Council’s arts and events department came in for criticism after the level of funding from national agencies was revealed this week.

At this week’s metropolitan district meeting, a study disclosed that Limerick had received just 1% – €46,000 – of the Arts Council’s €2.7m funding pot for last year.

In addition to this, the city and county were awarded just €19,000 of Failte Ireland’s annual budget of €2.83m.

The figures were revealed in a study by GM Innovations, which recommended the need for a cross-departmental festival and entertainments strategy, with council official Josephine Cotter-Coughlan saying events are needed which “convey a sense of place” in Limerick.

Members approved almost €100,000 of their own discretionary funding for the St Patrick’s Festival, plus the upcoming Riverfest and Richard Harris festivals.

Meanwhile, representatives of another festival event, the Irish New York festival, slated for October, are to be invited to set out their stall to councillors before they decide whether to allocate funding to this.

Labour councillor Joe Leddin said: “We have to ask why Limerick is getting so little. Is it because we do not have events of size and scale that deserve more. The only tier one [top] event we have is the Great Limerick Run. I do not know of any other event which would generate 500 bed nights in Limerick.”

Cllr James Collins, Fianna Fail, called for the appointment of a festival and events promoter.

“Someone who can go out and be proactive,” he said.

Sinn Fein’s councillor Séighin Ó Ceallaigh event went so far as to say that the council should slash its own arts budget if the city keeps organising events which are not a success.

He pointed to sporting events, notably Inter Milan v Celtic – which did not sell out Thomond Park – and the much publicised Rugby Sevens series.

Meanwhile, a special meeting of the Adare Rathkeale municipal district was called this week to discuss the Culture and Arts cross-party working group’s budget.

Concerns were raised about the city-centric focus of the arts office – with a study this week showing 60% of festivals are in the urban area – and the fact that the Adare Rathkeale district is not represented in the working group.

“There is a perception amongst people that I have spoken to that any budget is going to be allocated almost primarily to the metropolitan area,” said Independent councillor Emmett O’Brien.

“I’m hearing rumours of a huge festival in the city, and the perception is that that would be to the detriment of what is happening in the county,” he said.

But Cllr Kevin Sheahan, Fianna Fail, said that the ambition to have a big festival in Limerick city “sounds exciting”, adding that the benefits would “spill outwards” into the county.

Chairperson of the district, Fine Gael’s Cllr Adam Teskey, also voiced concern about the lack of support for county festivals.

“It’s very important for the people of county Limerick to have something on their doorstep, where they feel that their taxpayers’ money is spent actually in the county,” he said.

Fine Gael councillor Stephen Keary said that he was “disappointed” with the financing, saying that Foynes Air Show should be supported in its role as a “countywide show”.

For her part, metropolitan district councillor Marian Hurley at a separate meeting said there should be equal weighting to the city and county.

The councillors also questioned the trips taken by council staff and members to cities in order to learn how they run festivals, instead suggesting trips to rural parts of the UK to learn about the types of festivals promoted in these areas.

Trips to Manchester, Liverpool, Glasgow and Hull have either already taken place or are on the cards for the arts staff.

“That’s the problem that keeps getting stuck to us since we amalgamated,” she added.

The GM Innovations study showed that last year, some 80 cultural events were organised in Limerick.

These saw a public relations spend of €71,000, with nine new festivals launched since 2014.

The average duration of festivals was three days, and of the people who came to these, an average of 22% traveled from abroad.