Liam Flynn, artist and master craftsman of green wood, is laid to rest in Abbeyfeale 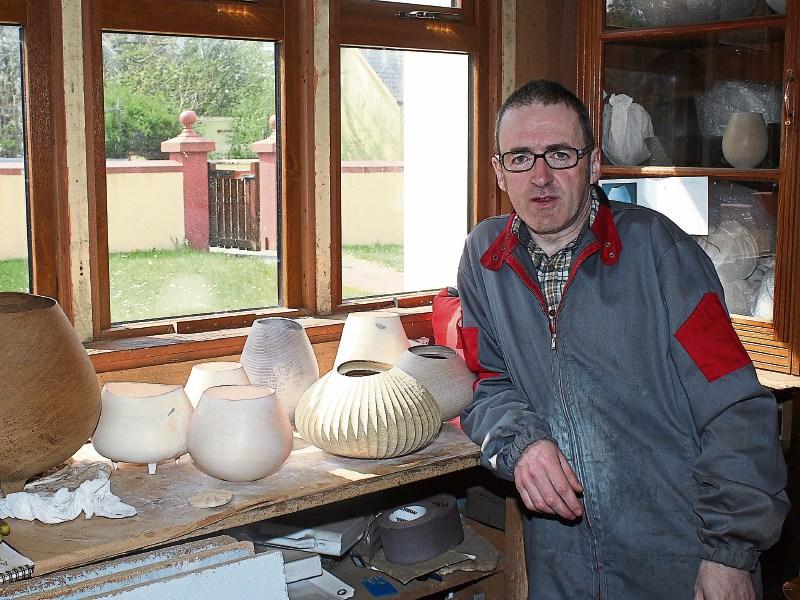 DISMAY and disbelief have followed on the sudden death of Liam Flynn, one of Limerick’s most talented artists and a woodturner of international stature.

Liam, who was in his late 40s, died unexpectedly in his sleep last Friday night and was buried in his home town of Abbeyfeale this Wednesday.

His death has left shock-waves in its wake, both in the community in which he lived all his life and among his friends and admirers in the artistic community at home and abroad who recognised his unique talent.

“Internationally Liam was recognised as one of the world’s foremost woodturners,”  said Clonlara-based artist Samuel Walsh.

“He was a world leader in woodturning who elevated the craft from the mundane to a recognised art form. To that end his work was often classified in the ‘sculpture’ section of art gallery collections.”

Liam’s work, carried out from his workshop in Convent St, Abbeyfeale where his late father and grandfather before him worked, can now be found in the permanent collections of the Victoria & Albert Museum in London, the National Museum of Ireland, the Fitzwilliam Museum in Cambridge and the Minneapolis Institute of Arts.

The Wood Turning Center in Philadelphia, the Irish Department of Foreign Affairs and the Crafts Council of Ireland also hold some of Liam’s work as do many private collectors worldwide.

For the stunning retrospective of Liam’s work, held in the Hunt Museum in 2011 and opened by his friend, Br Ciarán of Glenstal Abbey, Roger Bennett described him as a “wood artist”.

“An encounter with a Liam Flynn vessel can be an emotional experience. His pieces are achingly beautiful; they have a brooding presence, a sense of rightness, an air of confidence,” he said.

Liam was an early member of the Irish Woodturners Guild  and vice-chairman of the Limerick chapter, John Ryan, this Wednesday recalled bringing Liam to seminars around the country.

“But he started on his own course and specialised in very refined, very fine work which definitely had a wow factor,” Mr Ryan said. “His turning was unique. On a global scale his style was very individual, very much his own.”

He described Liam as a very gentle and kind man, humble about his talent and someone who shunned the limelight.  “He is a great loss,” Mr Ryan said.

The loss is heaviest however for those whom Liam loved and who loved him: his long-time partner, Mary Leahy, his mother Myra, his sisters Helen and Una, brother Jim and their families, aunts, many other relatives and friends. Liam was predeceased by his father Paddy last December and was buried beside him  this Wednesday.