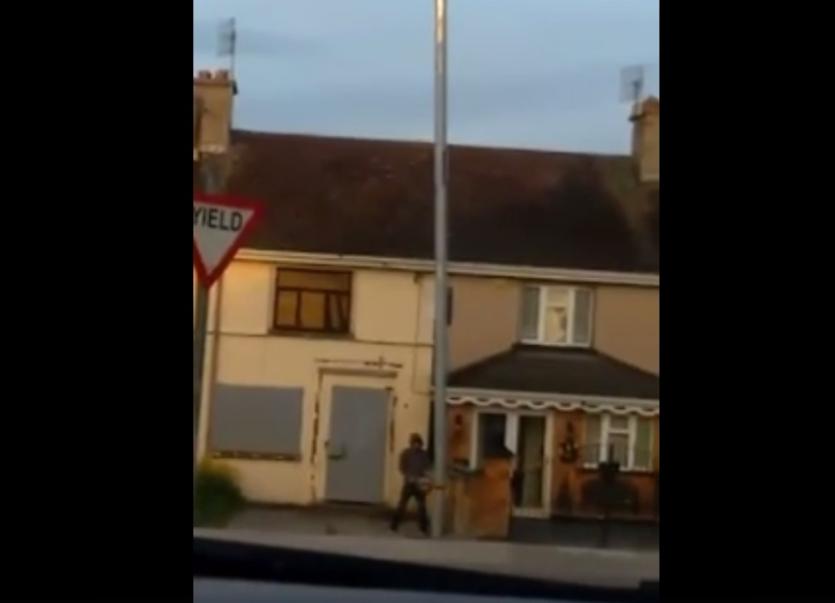 A screengrab from the video

GARDAI are investigating an incident of criminal damage in Limerick after a man cut down a steel pole using a consaw in the northside of the city.

Gardai attached to Mayorstone station confirmed that the incident is under investigation, but said that to date no arrests have been made following a number of enquiries.

The pole had recently been erected by Limerick City and County Council at a cost of €1,000, and was due to be used for CCTV purposes to monitor any criminal activity in the area.

A spokesperson for Limerick City and County Council said the pole was installed as part of an expansion of the Community Safety CCTV Network in St Mary’s Park. 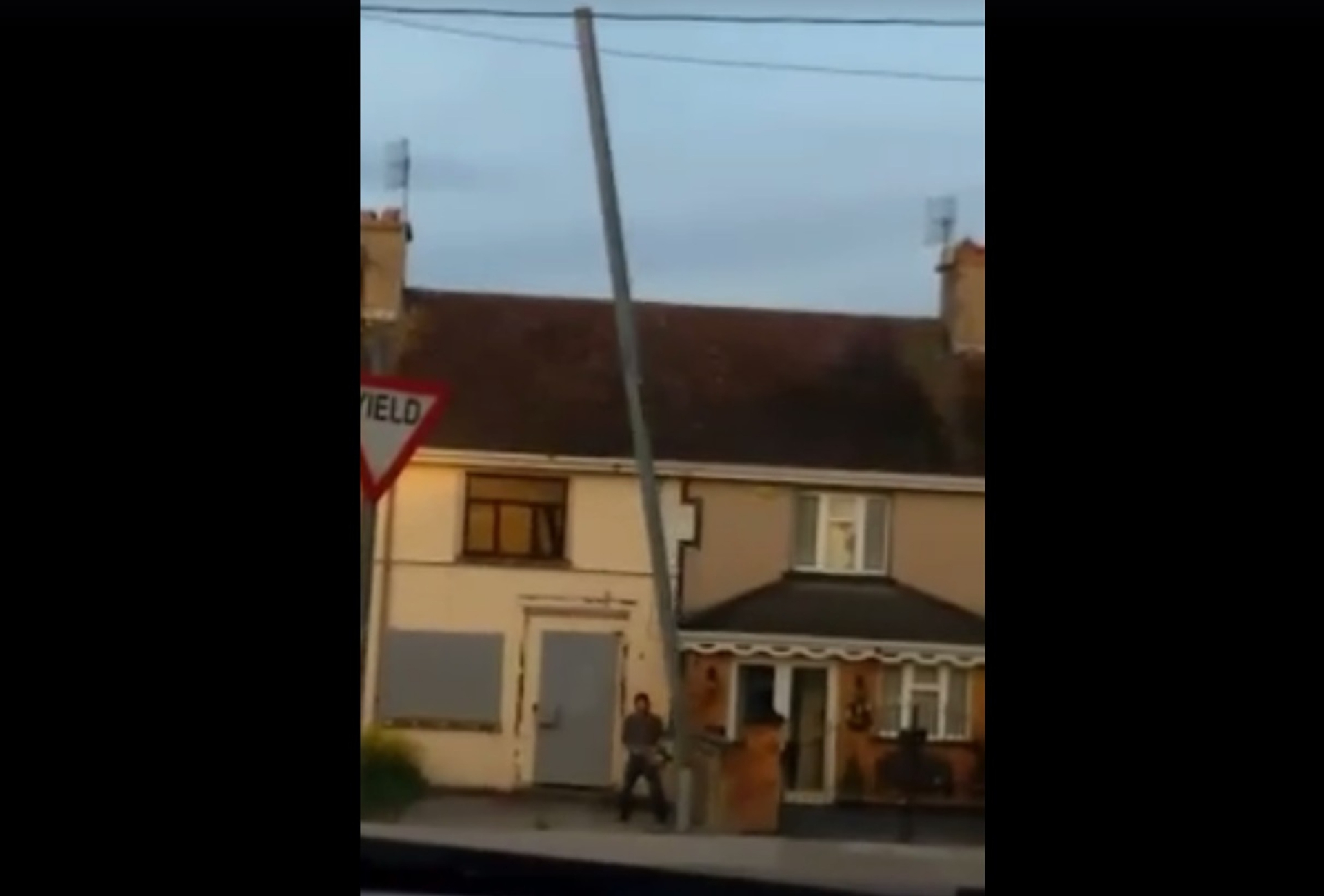 The culprit arrived at the scene and cut down the large steel pole single handedly using the consaw.

He then escaped from the scene in a van, which was later found to have been burned out nearby.

A video of the incident, which occurred in the Regeneration area of St Mary's Park, is becoming a vital hit online, to date attracting more than 110,000 views on Facebook within the past 24 hours.

The 15-second video, recorded by a man from his car, shows the culprit dropping the saw to the ground and immediately fleeing the scene as soon as the pole hits the ground with a large thud.

"Oh, it's gone, it's gone. Jesus Christ above in...," says one of the men in the vehicle, as recorded in the video. 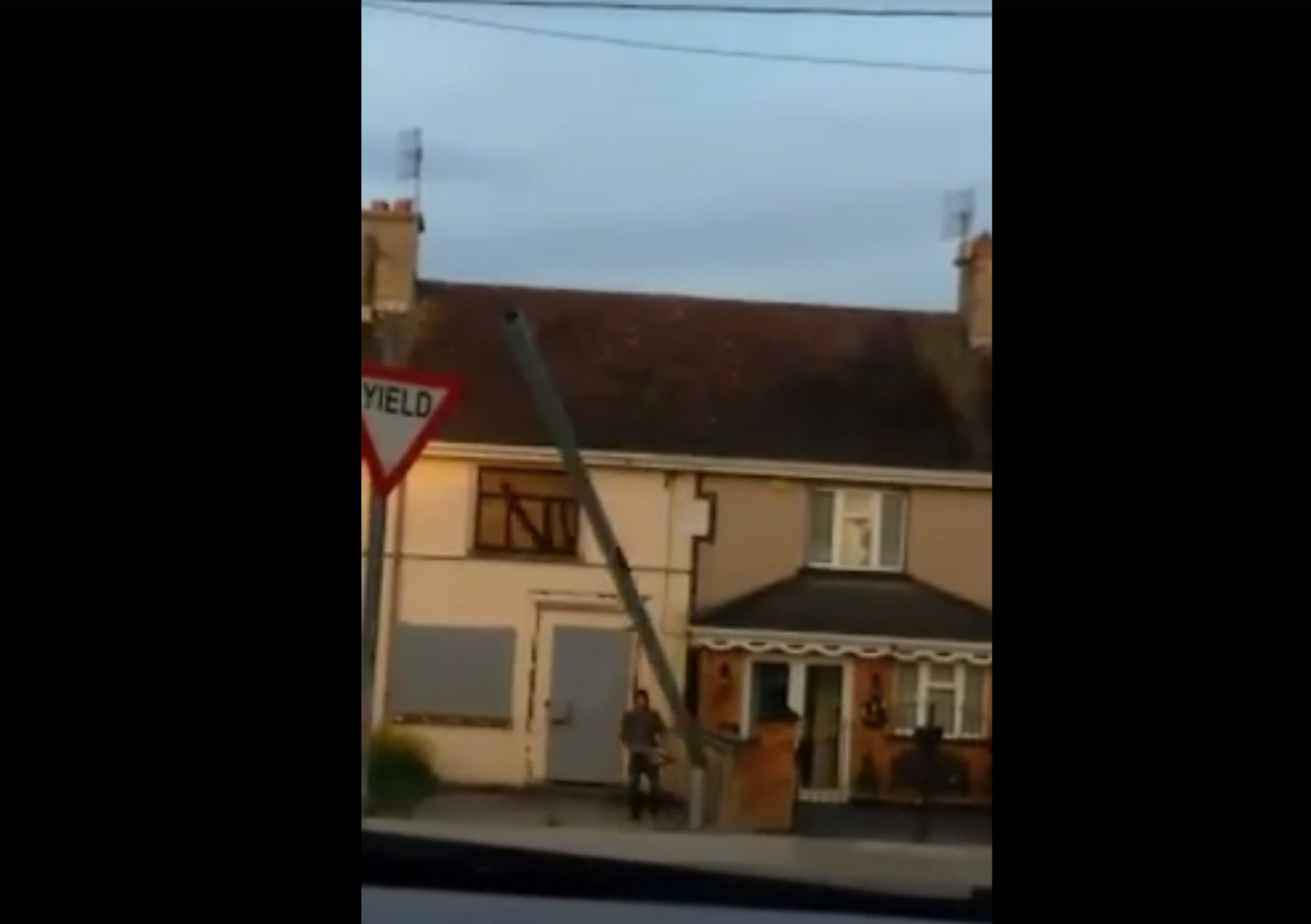 Former mayor of Limerick, Independent councillor John Gilligan, said that the pole was only erected in recent days for CCTV purposes, though a camera had yet to be installed.

"These cameras are to improve the quality of life of all residents, and are very important. It's destructive behaviour. Whoever did this is not doing the people of St Mary's Park any favours," said Cllr Gilligan.

“Regeneration was not just about upgrading housing, but to upgrade people’s quality of life. The situation has improved greatly over the past number of years –cutting down a pole is not going to detract from that,” he told the Limerick Leader.

He said it is not the first time steel poles have been razed to the ground in Limerick city, and that as a result of this, the council is seeking to use greater technology to prevent these occurrences.

Many social media users have been resharing the post under the tagline 'That's Limerick city' - a phrase immortalised by the plastic bag wearing rappers-comedians The Rubberbandits. 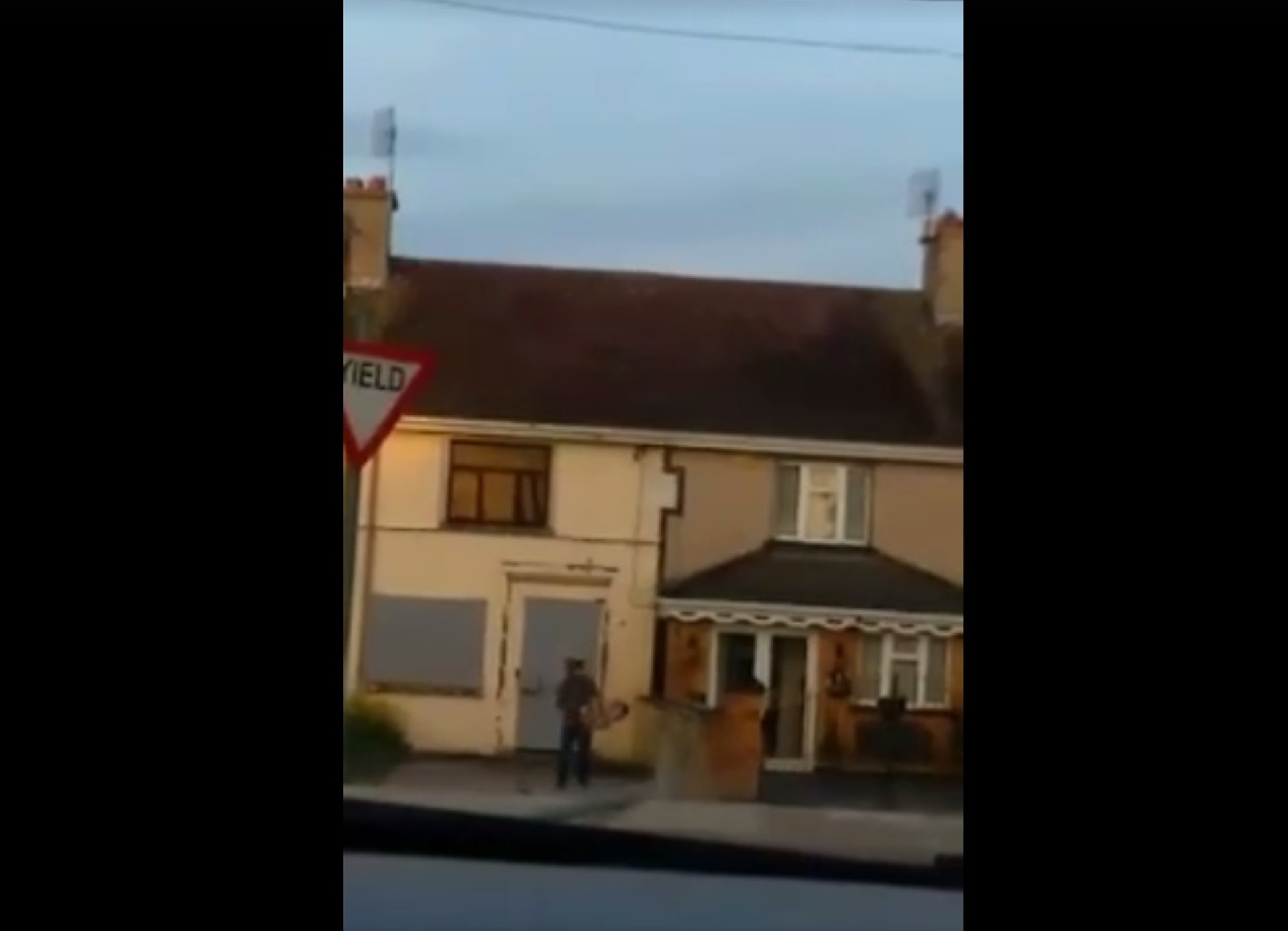