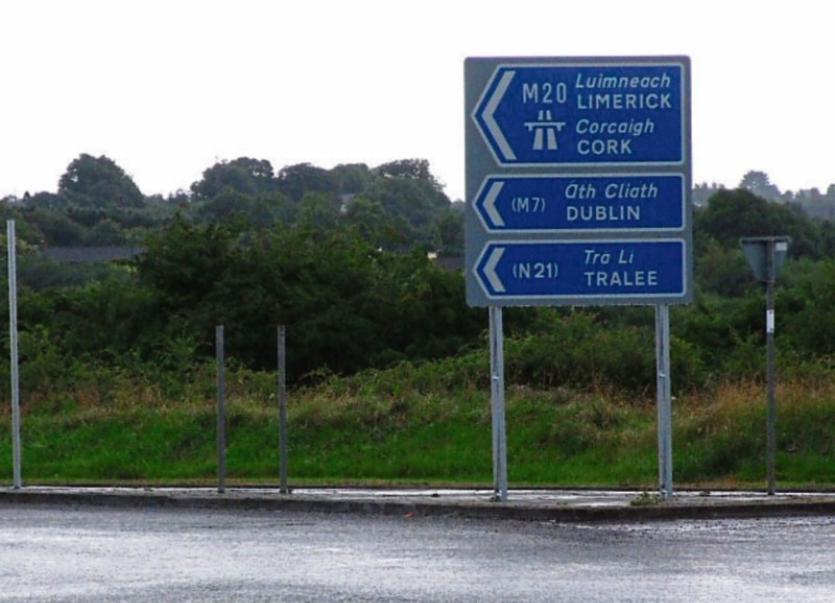 ROAD users, business interests and State agencies are being encouraged to highlight the urgent need for the Limerick-Cork M20 motorway project by making submissions as part of the public consultation on the Mid-Term Capital Review which is underway.

The government has been lobbied by various interest groups from Limerick and Cork over the last 18 months to include the new motorway in the capital plan, which runs to 2021.

Plans to upgrade the existing N20 were shelved in October 2013 by the then Transport minister, Leo Varadakar, who said the cost – likely to be around €1bn - was “not feasible” given the state of the country’s finances.

However, given the economic recovery in the meantime there have been indications that the plan may be progressed following the completion of the review.

Senator Kieran O’Donnell said it was vital that road users and business interests in Limerick make submissions over the coming weeks.

“Last November, I succeeded in getting Minister (Shane) Ross to allocate €1m in funding to TII (Transport infrastructure Ireland) to recommence the planning process on the M20 motorway project. We must now maintain the momentum for this motorway by ensuring it is funded under the national capital plan,” he said.

“I am now encouraging all strands of society, from civic to industry to the general public here in Limerick and the Mid-west to make submissions on the M20 Motorway as part of this public consultation process on the mid-term review of the national capital plan,” he added.

Various state agencies and lobby groups such as the Construction Industry Federation are expected to make submissions.

The Limerick and Cork chambers are also set to make a joint submission before the deadline of April 30.

An additional €2.65bn has been earmarked for investment following the conclusion of the review later in the year.

”The substantial progress made in securing sustained economic growth and the further strengthening of the public finances has enabled the Government to commit an additional €5.14 billion in Exchequer capital funding in support of the Capital Plan,” said Minister Donohoe who added that €2.2bn has already by allocated.

Submissions should be posted or emailed to capitalreview2017@per.gov.ie.