COMMENT: Uncomfortable questions that aren't going away for UL 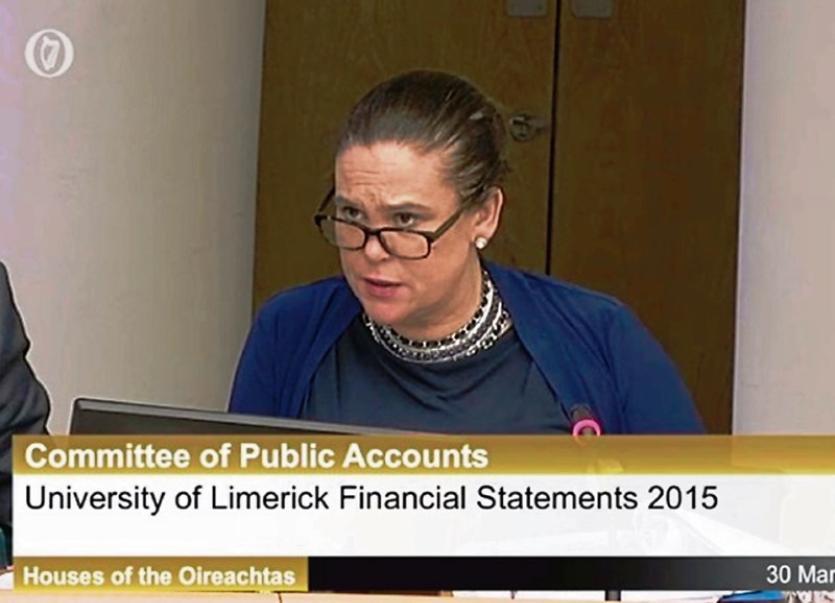 “I did postgraduate studies in the University of Limerick, so I’m certainly not going to question the excellence of your academic endeavours,” she said.

“One of our most valued alumni,” Professor Barry declared from across Committee Room 3 at Leinster House, where the Committee of Public Accounts goes about its business. 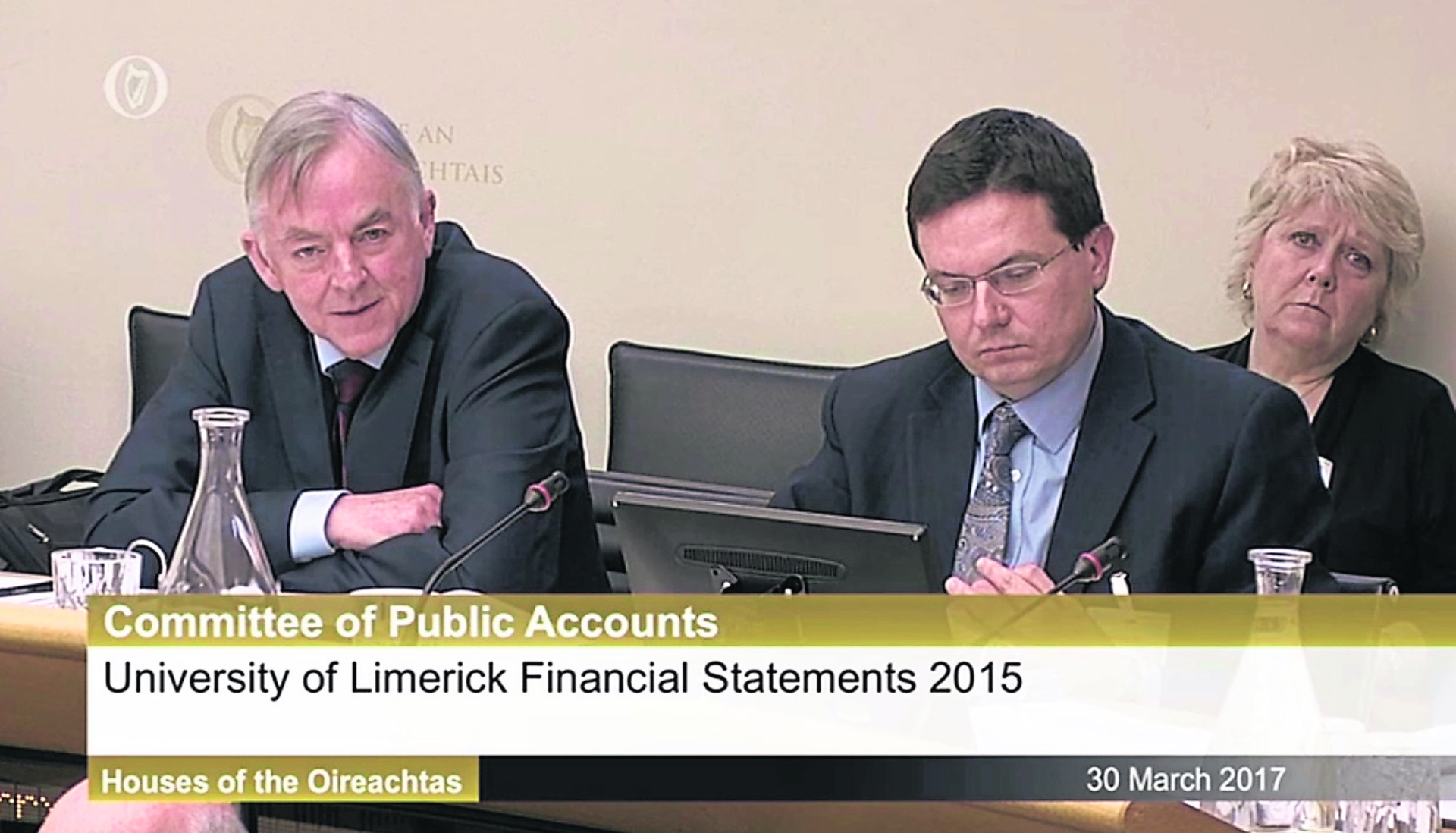 Ms McDonald adjusted her glasses and smiled. “Thank you so much,” she said. “And flattery, professor, will get you nowhere.”

“I know that,” the UL president replied. He looked like a man fully expecting a difficult time from the Dublin Central TD and MA graduate (European Integration Studies, Class of 1993). He got all of that, and more.

Prof Barry and the UL finance director, John Field, were questioned for nearly three hours by five members of the PAC. For almost all of that time, the president was unruffled. His answers were measured and calmly delivered. Late in the proceedings, under gentle questioning from the Independent TD Catherine Connolly, the president’s composure slipped. “We are not going to sit here and be pilloried as if we were useless until someone came along and told us what to do,” he said, sharply.

When the Galway deputy protested that she hadn’t pilloried anyone, Prof Barry clarified his obvious resentment. “I apologise to you,” he said. “I wasn’t referring to you.” There was no doubting the identity of the PAC member who had irked him.

Perhaps, though, there was something appropriate about the fact that by far the most incisive and well-informed questioning during the PAC hearing came from a UL graduate.

It was not, of course, the first time UL has been subjected to scrutiny over these matters by alumni. The events probed last week first came to public notice on the front page of the Limerick Leader 19 months ago now, in a report written by another UL graduate, Anne Sheridan.

The High Court action that followed – an attempt by the university to shut down the controversy by bullying this newspaper off the stage, using public money – was subsequently withdrawn, but only after pressure was exerted on UL by the Higher Education Authority.

Academics are rarely short of a considered opinion, but none employed by UL has had anything to say – publicly, at least – about events that have dogged their employer since September 2015. If that does not come as a surprise, given their status as current employees, I still count it as a disappointment – and issue a reminder that the columns of this newspaper have been open to all since 1889.

Writing to the Leader last year, a former senior administrator at UL, Jeremy Callaghan, stated: “UL needs to learn that those who are its strongest critics are also its greatest allies.” That, alas, is a concept the university’s senior management finds alien.

At the PAC, Prof Barry said that UL remains “open to new learnings ... to ensure the confidence of all our stakeholders”. When it comes to the matters probed at the PAC last week, particularly by Deputy McDonald, the opposite has been the case.

UL objected vigorously to criticisms made of its performance by the HEA, when that authority assessed the findings of the Mazars report on processes at the university. The HEA now concedes that the Mazars review was too limited in its scope, but UL’s unhappiness over its processes being challenged in any way has long been clear, despite the careful language employed by its president on occasions such as his appearance at the PAC. His belated admission of failures in UL's financial control systems contrasted sharply with a strident letter he wrote to the PAC in April 2012, which said auditors had found “no weaknesses ... in relation to the controls in place regarding expenses”.

In the view of many, Prof Barry is a decent man who has led his university to many successes during his decade at the helm, but the failings in this case are institutional, cultural and deep-rooted. They have not been adequately confronted, because that would be to admit that there have been problems – and this is an institution that too often finds humility beyond its grasp.

It is not an act of disloyalty – or defamation – to ask uncomfortable questions about how the university has treated decent people, or to ask why it made unauthorised financial settlements amounting to hundreds of thousands from the public purse to former employees.

Two whistleblowers in dispute with UL were suspended after an outside investigator appointed by UL found them guilty of making a malicious complaint against a colleague. I have read the investigator’s report and saw nothing in it that justified such an outcome. A barrister also appointed by UL upheld the finding without deeming it necessary to speak to the suspended employees.

All three UL whistleblowers worked in the finance department. All three have described a VIP expenses culture, one in which they were asked to make payments they found inappropriate. The HEA’s finding – disputed by UL – was that “there may have been, or may still be, a culture in the university of inappropriate claims being made, until challenged”.

Many more questions remain. Some were raised at the PAC hearing and most relate to the finance and HR departments.

Why did Mr Field’s predecessor as finance director leave the post with a six-figure settlement, which was paid subject to a confidentiality agreement being in place?

Why was a financial controller offered (without the prior approval of the Department of Education) a retirement package which included a lump sum payment of €230,000, when that person was then only 57 years old – and was immediately taken on by UL as a well-paid consultant?

Some of us who attended the university have been strongly critical of how it has mishandled this whole sorry saga, but such an attitude does not make us any less proud of UL’s many achievements since 1972. Its contribution to the Mid-West region, in particular, has been immeasurable. We should all rejoice in that, but not to the extent of suspending critical judgment, or hoping that serious problems will somehow just go away – particularly when people have been unfairly treated.