Court concludes that evidence not of the necessary weight to convict 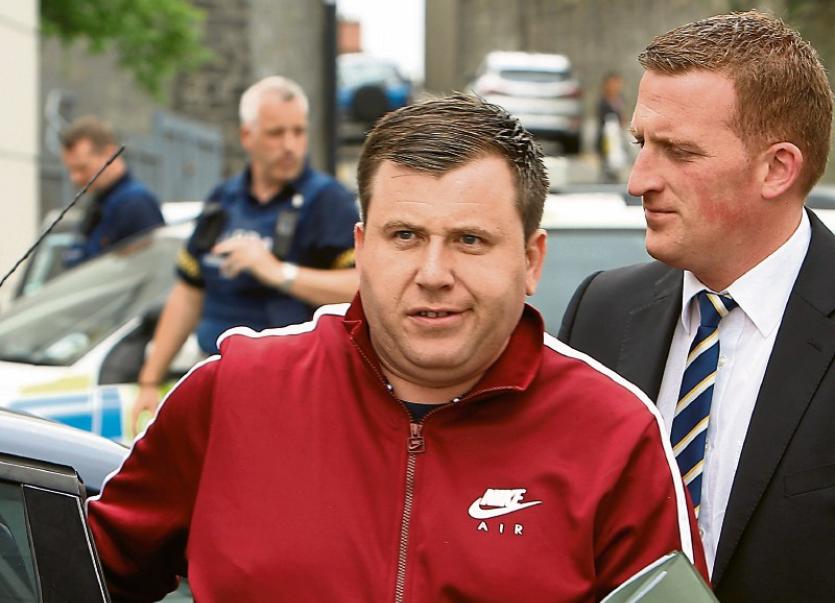 Mark Heffernan arriving to court on an earlier date

A LIMERICK man has been acquitted by the Special Criminal Court of involvement in an assault during which a 53 year-old was nailed to a kitchen floor.

The court concluded this Friday that the evidence was not of the necessary weight to convict the man.

The prosecution had invited the court to draw inferences from the evidence in the case.

The court had heard that a tracking-device showed an Audi was parked outside the Larch Court house at the time of the alleged assault, and that Mr Heffernan was the driver.

CCTV footage from the day of the assault showed Mr Heffernan in the company of another man, Gerard Mackin.

Mr Justice Hunt said that the evidence had showed Mr Heffernan's "continued association with a number the culprits before and after the assault", but that the indictment against the man was framed in a narrow way, such that the court was "not empowered" to convict him.

Previously, the court had heard that when Mr Quilligan arrived at the house that afternoon, a group of men was waiting, and he was "immediately set upon".

Mr Quilligan was put in a chair in the middle of the kitchen and assaulted.

His right shoe was removed and a nail gun was used. His left foot was nailed to the floor.

The prosecution had alleged that Mr Heffernan, as driver of the Audi parked outside the Larch Court house, was involved in the assault.

The court found that Mr Heffernan was the driver of the Audi on the day in question but the evidence was not of sufficient weight to convict him of involvement in the assault.