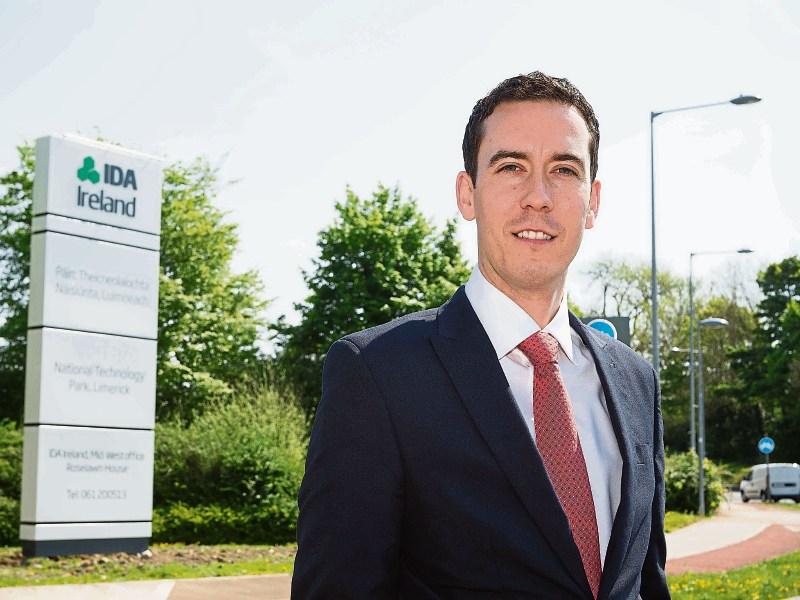 IDA Ireland has proposed to construct an advanced three-storey complex in the city, with the hopes of securing overseas investment and the creation of up to 150 jobs.

Last Thursday, the foreign investment agency submitted an application to the planning authority to build a giant 4,544 square-metre office space at the National Technology Park, in Castletroy.

The project, which is a key part of the Government’s Action for Jobs plan, will also see an improvement to surrounding road infrastructure, should it get Limerick City and County Council’s seal of approval.

IDA regional manager, Niall O’Callaghan said that, if the building gets the green light, there will be a greater likelihood of the Mid-West “winning a project”.

“So, with the Limerick 2030 plan and the Gardens International under construction in the city centre and the office solutions in the National Technology Park, it gives us options and client companies options. The client company will choose themselves which place best suits their needs,” he told the Limerick Leader this week.

According to a social media post by Fine Gael councillor Daniel Butler, the Gardens International site on Henry Street will commence construction within the next fortnight. Mr O’Callaghan said that this site will “certainly offer that grade A space” that foreign firms are looking for.

“The trend that we are seeing, for foreign direct investment, most certainly is companies are looking for a grade A office space. And, as we have outlined on numerous occasions in the past, there is quite a large availability of office space in Limerick city centre and the suburbs. But the floor space might not be large enough or the standard might not necessarily be grade A,” he added.

Various reports in the planning files indicate staff estimates between 150 and 190.

“That would be consistent with our buildings programme, across the region and nationally. It is a speculative build on our behalf, and we are reacting to potential demand from client companies in the coming years,” he said.

Earlier this week, software firm SL Controls announced 15 jobs for its base in the National Technology Park.

The company, whose software specialises in the tracking of prescription drugs from the producer to the consumer, will create a variety of engineering jobs over the next 18 months.

Welcoming the news, SL Controls co-founder Keith Moran said that the business has “doubled in size” over the last number of years, and that the new jobs will assist in the expansion of its regional offices, as well as an expansion into European trade.

“It is important to us to hire only full-time engineers as this creates clear career paths for our employees as well as stability for our customers.”

He added: “The serialisation side of our business is one of our business units that is rapidly expanding due to the regulation deadlines that are looming across Europe and the US. It is boosting our business outside of Ireland, which is, in part, why we require the new staff.”

A decision is due on the IDA project on May 24.