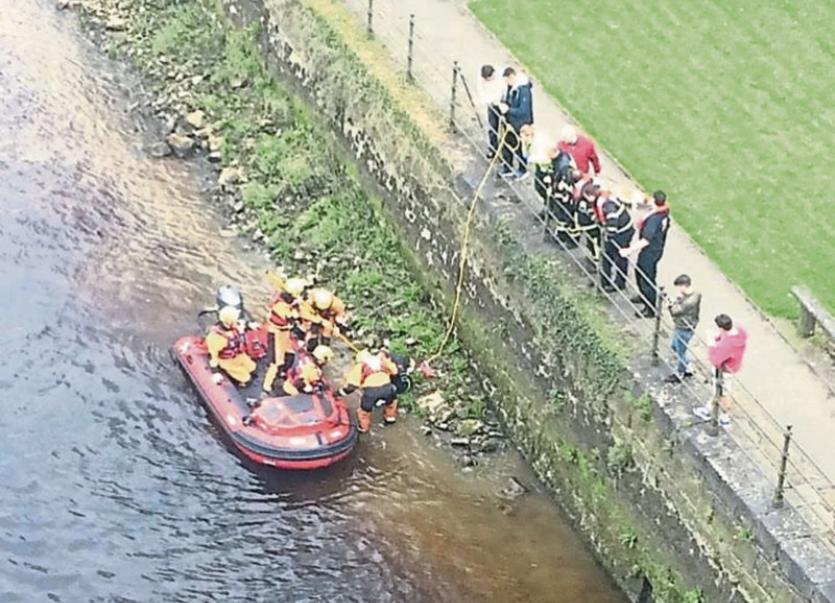 A picture of the incident, which was sent in by a reader

A GROUP of student kayakers have rescued a man from the Abbey River this Thursday afternoon.

At around 1.20pm, the group were kayaking in the river near the Hunt Museum, when they spotted a man, believed to be in his 30s, who had entered the shallow waters behind the Custom House.

It is understood that the student kayakers, belonging to river adventure company Nevsail, were able to hold onto the man before the emergency services arrived at the scene, at 1.25pm.

According to a source, the Limerick Fire Service Swiftwater Rescue Crews launched their boat, and brought the man to the Curragower Boat Club slipway.

Two units of Limerick Fire Service attended the scene, with assistance from Marine Search and Rescue and the National Ambulance Service.

The ambulance services took the man to University Hospital Limerick, where his condition is believed to be stable.