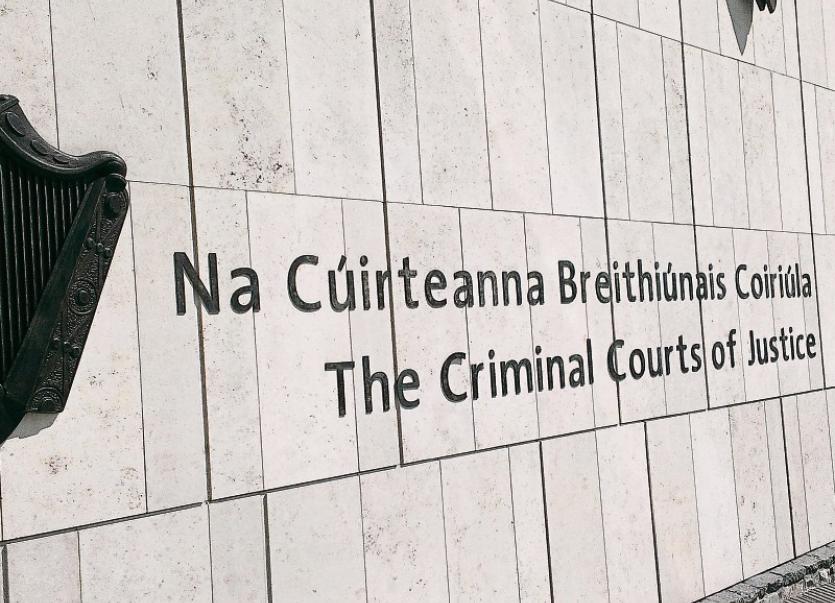 The Court of Appeal has reserved judgment

The Court of Appeal has reserved judgment on Wayne Dundon and Nathan Killeen's appeals against their convictions for the murder of businessman Roy Collins almost eight years ago.

During a trial before the Special Crminal Court in July 2014, Dundon, aged 39, of Lenihan Avenue, Prospect and Killeen, aged 27, of Hyde Road, Prospect had pleaded not guilty to the murder of Roy Collins at the Coin Castle amusements arcade, Roxboro on April 9, 2009.

Mr Collins, a 35-year-old father of two, who was engaged to be married, died in hospital a short time after he was shot.

Gardai believe his father, Steve Collins, was the intended target due to his involvement in a previous successful prosecution against Dundon in relation to a threat to kill.

Convicting both defendants, the non-jury court found Wayne Dundon had ordered the murder from prison and that Killeen was the getaway driver for the gunman, James Dillon.

Evidence in the trial included witness testimony, with a number of former associates of Dundon and Killeen testifying against them.

These were siblings Gareth Keogh-Collins, Lisa Collins and April Collins (no relation to Roy Collins), along with Dundon’s cousins, Christopher McCarthy and Anthony 'Noddy' McCarthy.

Central to the defence's case, Mr Farrell said, was clear and explicit evidence of collusion between 'Noddy' McCarthy and other witnesses.

But the trial court simply asserted, he said, that it had decided to rely on the uncorroborated testimony of 'Noddy' McCarthy without indicating how the controversies had been resolved.

On Wednesday, Giollaíosa Ó Lideadha, representing Killeen, asked the Court of Appeal to quash his client's conviction on a number of grounds including the Constitutional concept of fairness and the requirement to ensure that convictions were recorded on evidence, with judges giving reasons for their decisions.

Killeen's grounds of appeal included issues relating to gunshot residue evidence, whether consideration was given to issuing a “general warrant” for an “entire neighbourhood” that was "locked down" following the shooting and “gang associate” evidence primarily of Lisa Collins.

Mr Ó Lideadha said the trial court was obliged to address a number of issues including: Did Lisa Collins lie?; Was she a participant in gangland activities and if so, did she have immunity as a result of her statement?; Did she collude with others and was her evidence as to movements on the ground reliable in circumstances where she described Nathan Killeen jumping over the wrong wall.

Mr Ó Lideadha said the rationalisation of the trial court's judgment had been left to the DPP's lawyers in the appeal because, he submitted, the trial court had not done it at the time.

He further submitted that the defence could not engage in a proper assessment of the reliability of prosecution witnesses in circumstances where there had been a demonstrated failure to make disclosure.

Replying to Mr Ó Lideadha's submissions Michael O'Higgins SC, prosecuting, said the Special Criminal Court's ruling on various issues, including the search of premises and the taking of samples, were impeccable, unimpeachable and of textbook clarity.

Mr O'Higgins said the trial court was not obliged to “chase endless hares”.

There was a welter of circumstantial evidence in the case against Killeen. There were a number of events such as being with James Dillon, the gunman, before and after the shooting, the places they were, the narrowness of time, the manner of evasion and the gunshot residue.

At that point you look for patterns to see if they point a particular way and whether they point that way beyond a reasonable doubt.

That was what the special criminal court did, Mr O'Higgins submitted.

He said collusion had not been made out. If it had been, it was an inept form of collusion. That's not to say that within any family there were discussions about whether the family could take the radical step of making statements against the Dundons, with whom that family were previously “very close allies”.

He said the Special Criminal Court came up with three different grades for how it treated the witnesses - one couldn't be believed at all while corroboration was required for others.

That was innately connected to the trial court forming a view on their credibility, he submitted.

Mr O'Higgins said it “struck” him that Killeen's lawyers were contending that the trial court should have excluded the testimony of witnesses if it found them to be lying about important matters.

But the 'Gilligan' case showed that serial perjurers could be relied upon, Mr O'Higgins said, and in this case the gradation of them indicated a very careful appraisal of credibility.

He said an accused needed a judgment to know why they were convicted. They needed to be reassured that the process they were subjected to was fair and transparent. That was what was required and that was what the Special Criminal Court did, Mr O'Higgins submitted.

Replying to Mr Farrell's submissions, Mr O'Higgins said the trial court's judgment did not have the “magic sentence”: 'in so far as there is a conflict here, I'm resolving it in favour of the prosecution for the following reasons'.

But it did set set out in considerable detail the parameters of the case and did not go to the trouble of recording all that detail for no reason.

Mr Farrell told the court that correspondence disclosed that the gardaí had provided reports to the parole board regarding 'Noddy' McCarthy.

However, he said, disclosure of the reports was refused on the basis of relevance – that there was no reference to 'Noddy' McCarthy's credibility in those reports.

Mr Farrell said the State, including the Parole Board, had ensured the entirety of the process relating to 'Noddy' McCarthy was “opaque”.

Mr Justice George Birmingham, who sat with Mr Justice Alan Mahon and Mr Justice John Edwards said the court would reserve judgment adding that a vast number of issues had been advanced that would take the court time to “wrestle with”.