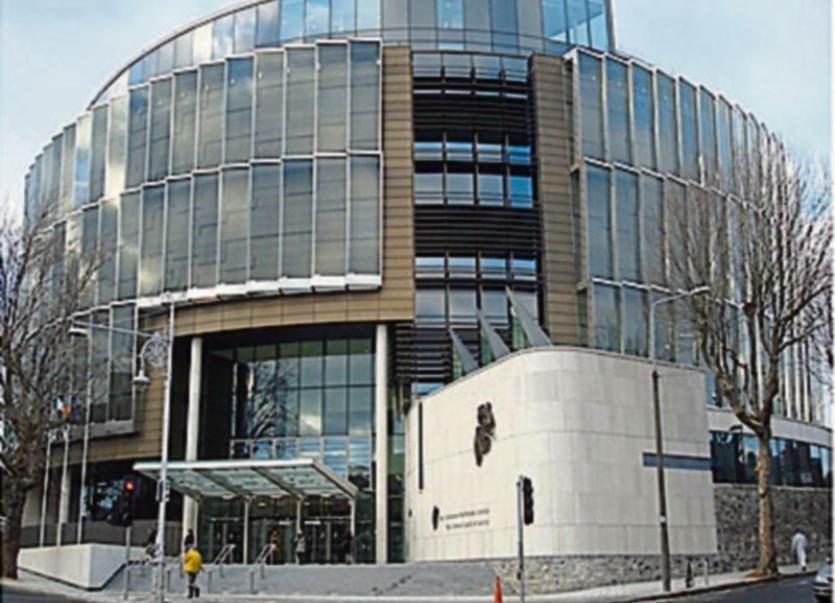 The appeal is being heard at the Criminal Courts of Justice

The getaway driver in the murder of businessman Roy Collins almost eight years ago has opened an appeal against his conviction following on from his co-accused – Wayne Dundon.

Dundon, aged 39, of Lenihan Avenue, Prospect and Nathan Killeen, aged 27, of Hyde Road, Prospect had pleaded not guilty at the non-jury Special Criminal Court to the murder of Mr Collins at the Coin Castle amusements arcade, Roxboro on April 9, 2009.

The 35-year-old father of two, who was engaged to be married, died in hospital a short time after he was shot.

In July 2014, the three-judge Special Criminal Court found Wayne Dundon had ordered the murder from prison and that Killeen was the getaway driver for the gunman, James Dillon.

Mr Collins’ father, Steve Collins, was believed to have been the intended target of the murder, due to his involvement in a previous successful prosecution against Dundon for a threat to kill.

Accordingly, Wayne Dundon and Killeen were given mandatory life sentences.

Evidence in the trial included witness testimony, with a number of former associates of Dundon and Killeen testifying against them. These were siblings Gareth Collins aka Keogh, Lisa Collins and April Collins - who were not related to the deceased - along with Dundon’s cousins, Christopher McCarthy and Anthony 'Noddy' McCarthy.

Counsel for the Director of Public Prosecutions, Michael O'Higgins SC, submitted to the Court of Appeal this Tuesday that the trial court's judgment did not have the “magic sentence” 'in so far as there is a conflict here, I'm resolving it in favour of the prosecution for the following reasons'.

But it did set set out in considerable detail the parameters of the case including the points “for and against”, Mr O'Higgins said.

He said the court did not go to the trouble of recording all that detail for no reason.

It stated that the court had considered the evidence of Noddy McCarthy “very carefully”. It repeated the warning that it was dangerous to convict on uncorroborated evidence but nonetheless accepted the truth of Noddy McCarthy.

It found his evidence to be coherent, plausible and not marred by any material inconsistencies, he said.

Mr O'Higgins submitted that a finding of a court could not be set aside by a higher court unless it was found to be irrational.

Those were five trials surrounding the death of journalist Veronica Guerin, four for a gangland killing in Dublin city centre. There was a case regarding the disappearance of a young Romanian girl from the streets of Dublin and this case.

Some of those cases involved minute investigations into how an accused had turned state witness and the benefits being accrued - new lives, relocation etc.

But the Collins girls haven't even left Limerick. It was not as if they were jockeying to avoid responsibility for alleged offences and there was ample opportunity to challenge the credibility of the witnesses, Mr O'Higgins said.

Opening his appeal, Nathan Killeen's barrister, Giollaiosa O Lideadhda SC, said he would be focusing primarily on the “total absence” of reasons in the trial court's judgment, forensic evidence and the “gang associate” evidence primarily of Lisa Collins.

Mr O Lideadha said the prosecution acknowledged that the Special Criminal Court's judgment was obliged to have dealt with all the main points in the case.

But the DPP had just submitted, Mr O Lideadha said, that it would be "fantastic to assume" the Special Criminal Court had not dealt with the collusion issue.

That was another way of saying the court had not dealt with the collusion issue, Mr Ó Lideadha said.

He said the trial court's judgment did not actually come to a conclusion or assessment on the collusion issue.

There was Supreme Court authority to say decisions must be based on reasons. It was not about “reciting the facts, it's about analysis”.

Mr Ó Lideadha said the trial court was obliged to address a number of issues including: Did Lisa Collins lie?; Was she a participant in gangland activities and if so, did she have immunity as a result of her statement?; Did she collude with others?; And was her evidence as to movements on the ground reliable in circumstances where she described Nathan Killeen jumping over the wrong wall - subsequently confirmed by a Garda.

He further submitted that the defence could not engage in a proper assessment of the reliability of prosecution witnesses in circumstances where there had been a demonstrated failure to make disclosure.

It was clear from the evidence of the phone calls that Gardai were communicating with these witnesses and there was an expectation on their part that that they were going to get certain benefits.

Furthermore, in the aftermath of the shooting, he said the gardaí locked down the Lenihan Avenue area and made a decision to get warrants issued for an entire neighbourhood.

It was a general warrant for the “whole block” and was not acceptable in the “heat of the battle”.

The court heard that items of interest found on foot of the warrant were hoodies, a hat and glove as well as Nathan Killeen who was arrested in an attic.