'The best week of the year': Jetboarders to fill the skies for Limerick's Riverfest 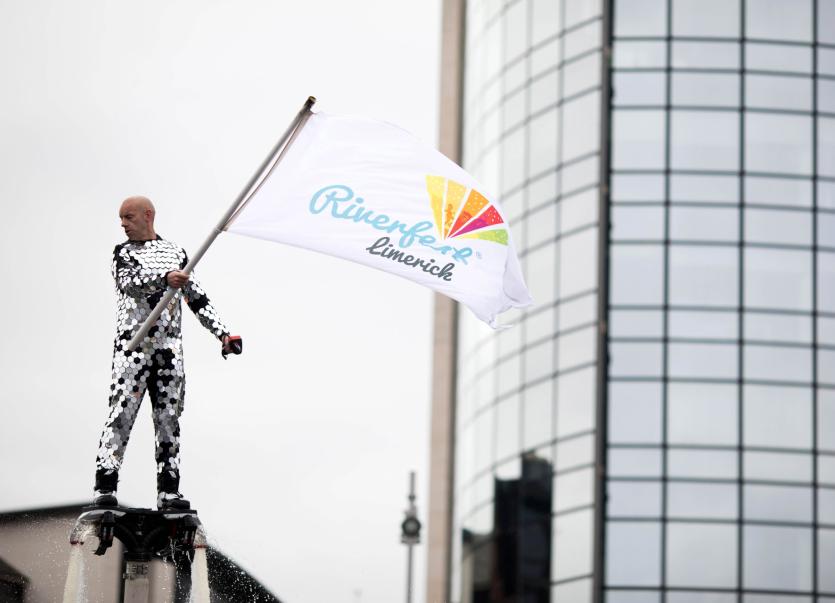 LIMERICK’S Riverfest returns again this May Bank Holiday weekend - and some of the world’s best jetboarders are coming back for more thrills and spills on the Shannon.

The river takes centre stage again for the returning festival, which will feature a zip line across river for those daring individuals willing to give it a try, and runs from April 28 to May 1.

Jetboarders Scott Knemeyer, Bo Krook and Irish champion wakeboarder David O’Caoimh will perform at the event, which is backed by the Maldron Hotel.

Just a little preview of what's to come at this May bank holiday Riverfest! @Limerick_Leader pic.twitter.com/sLeFqUOPBJ

The Riverfestival Village will again be a focal point for all the family with vintage amusements for children along with craft, food and retail stalls.

The Riverfest BBQ will return and move to the boardwalk on at Harvey’s Quay, while there will be displays by Limerick Marine Search and Rescue, the Defence Forces, Foynes Yacht Club, Limerick’s numerous rowing clubs and yachting and sailing groups, meaning all eyes will be firmly focused on the water.

There will be a fireworks display, while Limerick will be the place to be on the bank holiday weekend as the Barrington’s Hospital Great Limerick Run also takes place on Sunday, April 30. 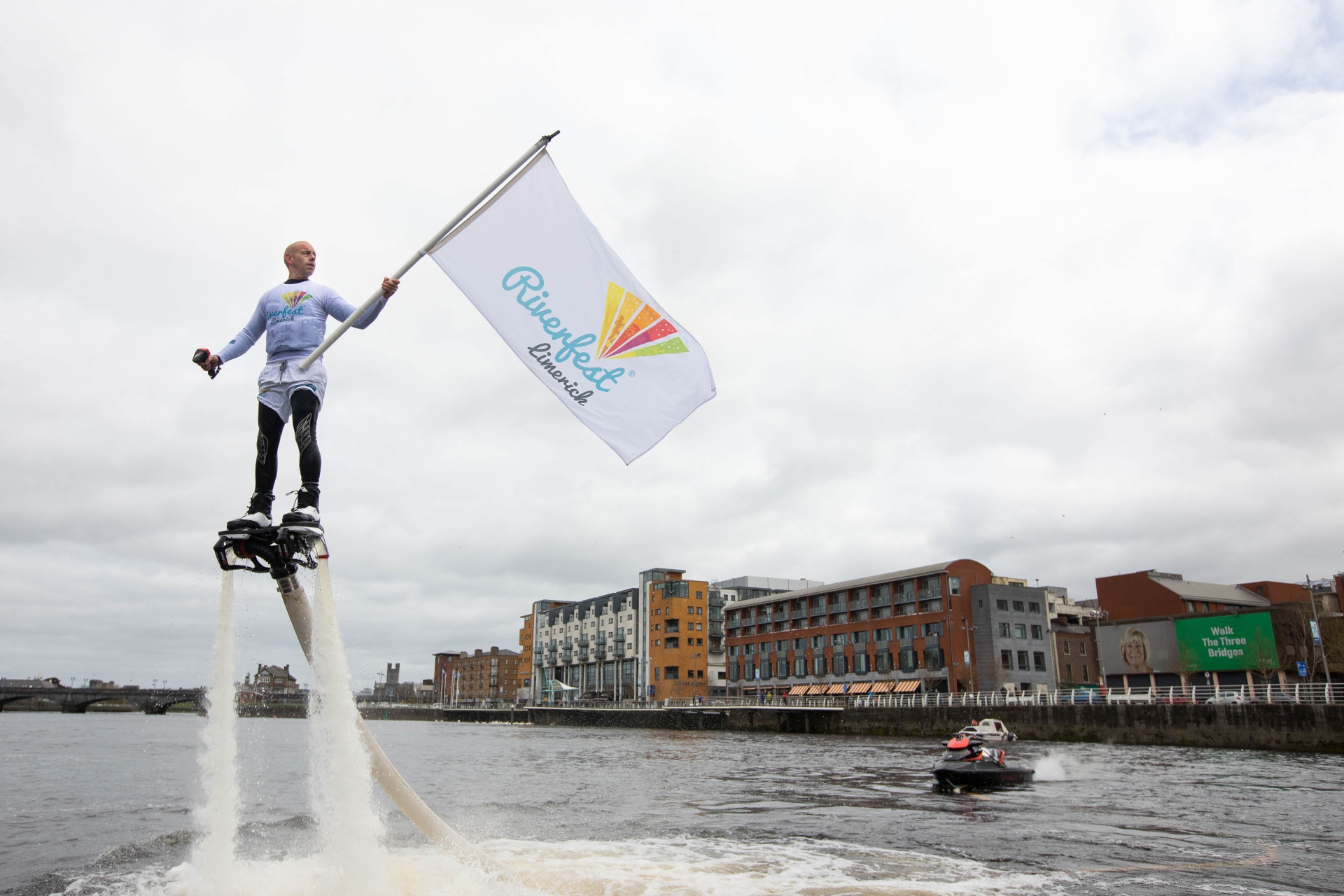 Mayor of Limerick, Cllr Kieran O’Hanlon said it was “the best week of the year”.

“Riverfest has become a firm favourite of Limerick people and of those from further afield on the May Bank Holiday weekend in what is the 13th year of this spectacular festival when Limerick is the only place to be that weekend,” he said at the launch in House Limerick this Tuesday.

“The festival provides a wonderful opportunity for us to focus one of Limerick’s greatest assets – the River Shannon.

“I’m delighted with the range and breadth of the events taking place during Riverfest.  I’m heartened to see the famous BBQ is embracing the river and will be located on the wonderful boardwalk at Harvey’s Quay.

“The Barrington’s Hospital Great Limerick Run will, while the Riverfestival Village means that families and other visitors have a wonderful place to relax and enjoy the amazing Maldron Hotel Riverfest on the Shannon jetboarding and other displays on the river.

“Riverfest is Limerick’s summer festival that is becoming a favourite of people around the country, let’s make it the best one ever,” he added.

At a glance: Highlights of the four day festival include:

– Ireland’s largest BBQ cook-off, the Riverfest BBQ Competition will be a feast for the senses on Saturday, 29th April, at its new location at Harvey’s Quay boardwalk

– The Riverfestival Village returns with treats for all the family.  Food, craft and retail stalls along with vintage amusements creating a unique atmosphere at Arthur’s Quay Park, running daily!

– The Maldron Hotel Riverfest on the Shannon will see spectacular and daredevil performances by some of the world’s best jetboarders and wakeboarders, inlcuing Scott Knemeyer, Bo Krook and David O Caoimh.  Auther’s Quay Park will be the ideal vantage point to watch the many water based events on Friday 28th to Sunday 30th April including a sailing regatta, rowing, kayaking and a Defence Forces display.

– A new Zipline will be in operation over the four days of the festival allowing members of the public to soar high about the river as they travel from Arthur’s Quay to Honan’s Quay.

– Jet boarders and jet-skiers will add even more colour to the spectacular fireworks display which will light up the Limerick skies on Sunday, April 30 from 10.15pm.