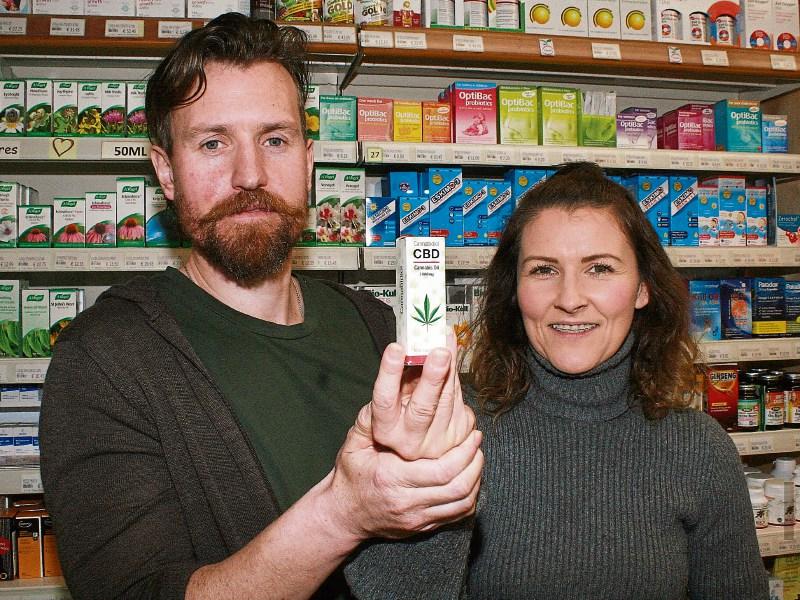 THE FIRST health food store in Limerick to stock cannabis oil products has seen sales “skyrocket” in recent months, following calls for cannabis to be legalised for medical purposes.

Cillin Cleere, the proprietor of Eats of Eden on Thomas Street, who is also a biochemist and nutritional therapist, said their cannabis oil products are now among their top 10 best selling products since they began stocking a variety of products four months ago.

“The sales have been astronomical. They have just skyrocketed,” said Mr Cleere.

He said that he believes that cannabis should be fully legalised, taxed, and that people should be allowed to grow their own cannabis for their own use.

While he said that cannabis oil can be used for a “range of neurological and physical benefits”, he cautioned that “CBD oil is not a magic bullet or panacea.

“If you have chronic health concerns you should consider your whole lifestyle and diet first and foremost. It’s not quite the elixir of life, but it’s close,” he added.

Staff have received many enquiries from customers about whether they can they “stoned” from the products, but he said the majority of those who come in seeking to buy it are “very well informed and clued in” regarding its reputed health benefits, which are the subject of some debate.

To be sold legally the products have to be free of THC – the psychoactive compound found in illegal cannabis herb and resin.

“It’s not marijuana oil. If you come in with the intention of getting stoned off it, you can’t. This is essentially hemp. It’s a first cousin of marijuana, but they then branch off, as one has THC and the other one doesn’t.”

“​There is a taboo around cannabis oil, but for us it has brought a whole new demographic into the shop.”

“We have had lots of positive feedback from lots of customers, of all ages, including those in their mid-80s, who have bought it and use it for a variety of reasons. A lot of older people are now coming in to us, saying their children have recommended it to them.”

He had advised that if taken, CBD oil is best used in conjunction with Vitamin D.

He said its chemical compound, cannabinoids, can also be found in foods such as chocolate, or specifically its purest form, cacao, as well as echinacea and black pepper.

They began stocking a number of Swiss, Northern Irish and Irish made cannabis oil products four months ago, which range in price, depending on the strength and volume of the individual product, from €18 to €73.

The Law Society at the University of Limerick also hosted a talk on Monday night on whether cannabis should be legalised for medical purposes.

Among the speakers were Vera Twomey, who walked over 200kms from Cork and to the Dail in Dublin in her bid to secure medicinal cannabis for her seriously ill daughter.

She has said that her daughter Ava, age seven, who suffers from a rare form of epilepsy called Dravet Syndrome, has seen the number and severity of her seizures reduced due to Charlotte’s Web - a CBD-based cannabis treatment.

These products differ from CBD oil which is available in some health food stores, as they contain THC.

Also present at the UL talk was Tom Curran, the right-to-die campaigner, who has called on the Government to legalise the use of cannabis for medical purposes.

Anti-Austerity Alliance councillor Cian Prendiville said there is “overwhelming evidence” to support the view that medicinal cannabus has been a “life-saver” for some patients.

He said the failure of the State to date to legalise cannabis for medicinal use is “backwardness”.