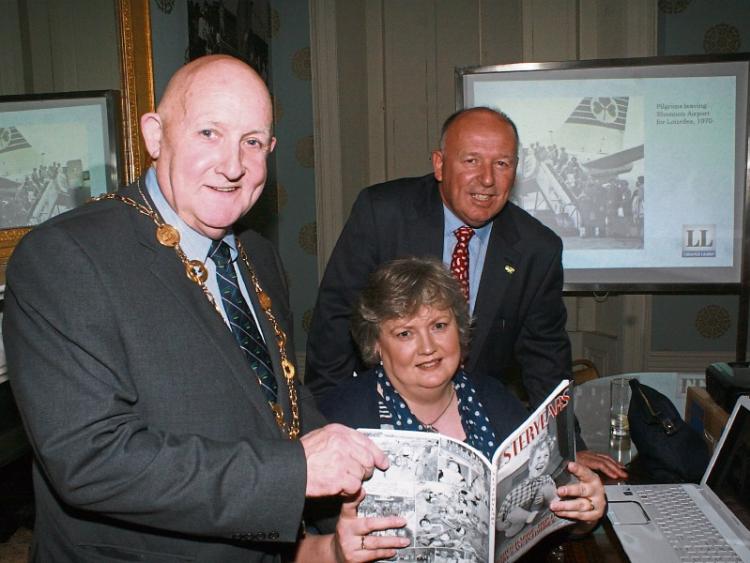 A PICTURE is worth a thousand words, and an old picture is worth more.

A new book titled Yesteryears, a Limerick Leader production, has been compiled from one of the most extensive archives in the region.

A crowd gathered in Pery Square’s Culture House last Thursday evening for the official launch of the book, comprising 163 pages of photos, some never seen before.

“This book is a treasure. These photographs are a window into Limerick's past,” said Mayor of Limerick City and County Council, Cllr Kieran O’Hanlon, who features in the book himself.

The mayor launched the “fantastic” book with editor of the Limerick Leader, Eugene Phelan, who joked: “I could tell a lot of stories about these pictures!”

“We are blessed here in the Limerick Leader to have a magnificent archive of photographs spanning from the early 1950s to the present day,” said Mr Phelan.

“We have thousands upon thousands of photographic negatives in our archive department covering everything from GAA matches, to weddings and all the news events of the day,” he added.

Many of the photographs in the book had never previously been published, and they were unearthed by Leader archivist Grainne Keays and photographic staff Adrian Butler and Mike Cowhey, with help from students Peter Corbett and Roisin Sheahan.

Many of the photos do not have full captions, as only brief details of the photographic marking of the day remain. Nevertheless, they all give an insight into the life and times of Limerick over several decades, from the 1950s to the 1990s.

The book is priced at €10 and is available to buy at the Limerick Leader offices at 54 O’Connell Street or Eason in the Parkway Shopping Centre.