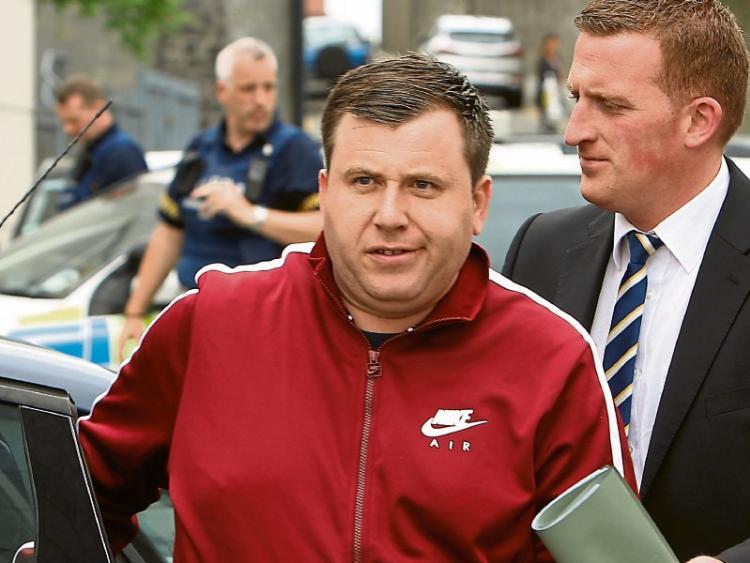 THE Special Criminal Court has reserved judgment in the case of a Limerick man who is accused of assaulting another man whose foot was nailed to the floor of a house in the city.

He has also denied falsely imprisoning Mr Quilligan at the same address on the same date.

Ttwo other men – Gerard Mackin, aged 34, a native of Northern Ireland with an address at Star Court, John Carew Park, Southill, and Patrick Hayes, aged 54, who has an address at Larch Court, Kennedy Park – were both jailed earlier this month after they pleaded guilty to assaulting Mr Quilligan.

It is the prosecution case that Mr Heffernan was involved in a “joint enterprise” with the other two men during which Mr Quilligan, who lives in Rathkeale, was beaten and his left foot nailed with a nail-gun to the kitchen floor of the house.

Earlier this week, the non-jury court heard details of garda interviews conducted with the defendant.

Detective Garda Pat Whelan told Tara Burns SC, prosecuting,  that when he interviewed Mr Heffernan on May 24 last year he denied any involvement in the alleged assault and false imprisonment.

"I had no involvement in anything like that," he said. "It's sickening."

The gardai told Mr Heffernan that a tracking-device on a white Audi hired from Europcar had the suspect going into and out of Kennedy Park, where Larch Court is located.

"You're wrong," Mr Heffernan said. "I was not involved in any assault. You have a car, you don't have me."

Making legal submissions this Wednesday, Ronan Prendergast BL, asked that the case against client be dismissed citing what he said was a "fatal deficiency" in the State case.

He said because the State case is one of common design it “leaves open the reasonable possibility that if [Mr Heffernan] was there he was that man".

The barrister also submitted that the evidence of protected witness, Tom Lillis, during the the trial was inadmissible.