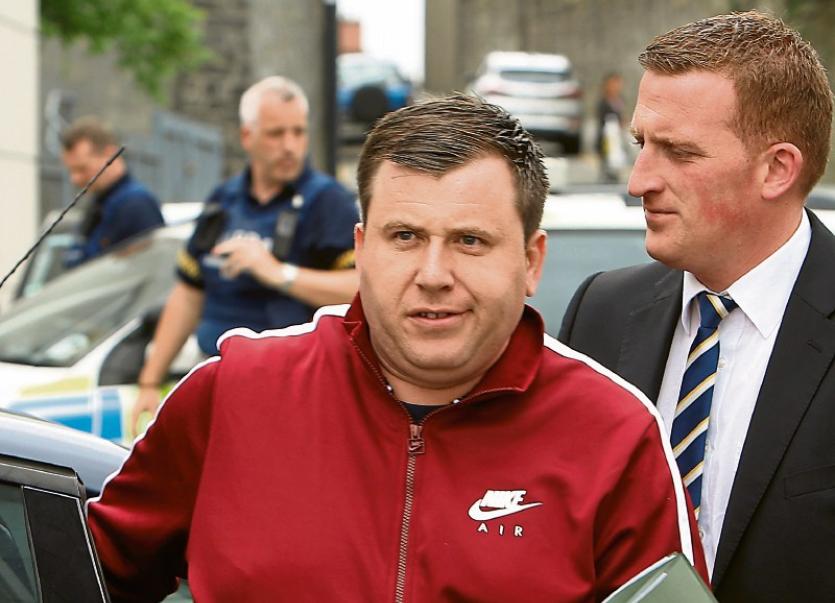 The Special Criminal Court has been told a Limerick man accused of nailing another man to the floor of a house in the city denied the allegations when questioned by gardai.

He has also denied falsely imprisoning The now 53-year-old at the same address on the same date.

It is the prosecution case that three men were involved in a "joint enterprise" during which Mr Quilligan, who lives in Rathkeale, was beaten and his left foot nailed with a nail-gun to the kitchen floor.

This Monday, the non-jury court heard details of garda interviews conducted with the suspect.

Detective Garda Pat Whelan told Tara Burns SC, prosecuting,  that when he interviewed Mr Heffernan on May 24 last year he denied any involvement in the alleged assault and false imprisonment.

"I had no involvement in anything like that," he said. "It's sickening."

The gardai told Mr Heffernan that a tracking-device on a white Audi hired from Europcar had the suspect going into and out of Kennedy Park, where Larch Court is located.

"You're wrong," Mr Heffernan said. "I was not involved in any assault. You have a car, you don't have me."

The court also heard details of a statement from Richard McInerney, which was read to the court by Ms Burns.

Mr McInerney was in the house on the day of the alleged assault, the court was told.

He told gardai he was in the sitting-room when three men went into the kitchen, and they were arguing about owed money.

The kitchen door was opened, the court heard, and one of the men threw a bag into the sitting-room.

Mr McInerney said that there were two white "painter's suits" in the bag. "I had the feeling something was going on," he stated. "I said I'm out of here."

The prosecution has closed its case and the court will hear legal submissions on Wednesday.