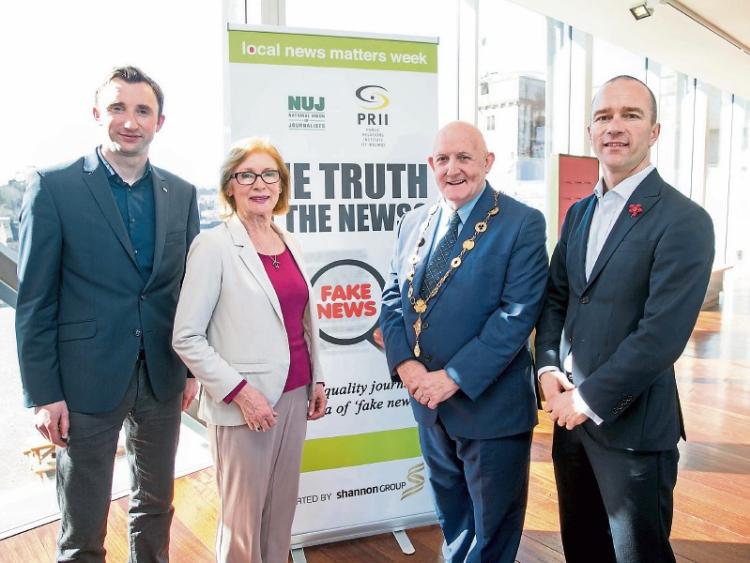 LIMERICK councillors have unanimously passed a motion aimed at highlighting the importance of the local media.

At this Monday afternoon's full meeting of Limerick City and County Council, Mayor Kieran O’Hanlon proposed a notice of motion aimed at “highlighting the importance of a properly resourced independent media to the functioning of democracy at local and regional levels.”

Reading from the motion, Mayor O’Hanlon said local media – including the Limerick Leader – are crucial in informing citizens about the work undertaken by politicians and agencies.

“Local media also reflects the concerns of citizens and provide a platform for civic participation in dialogue on all aspects of community life,” he said.

The mayor added: “Sometimes we might not like what they write. But as mayor, I am happy that our journalists have the betterment of Limerick at their heart. I hope the bosses of the various media organisations appreciate what you’re doing.”

The leader of the Fine Gael bloc on the local authority, Cllr John Sheahan formally seconded the motion.

And Labour councillor Elena Secas, a former journalist herself, said a strong local media is “crucial”.

“It’s important that our journalists are given the proper support to provide people with accurate, fair and comprehensive coverage,” she said.

Councillor Lisa-Marie Sheehy paid tribute to the journalists who have been covering the council’s sub-committee on suicide prevention.

“I’d like to praise the sensitivity shown in terms of the language they have used,” the Sinn Fein member said.

The motion was passed with the full support of councillors.

It was submitted in conjunction with the National Union of Journalists (NUJ), which is holding a week of events highlighting the importance of the local media.

This event was organised by the NUJ’s local branch, Irish South West and the Public Relations Institute of Ireland (PRII).

Speakers at this event included RTE’s educational correspondent Emma O’Kelly and Cian Connaughton, the president of the PRII.