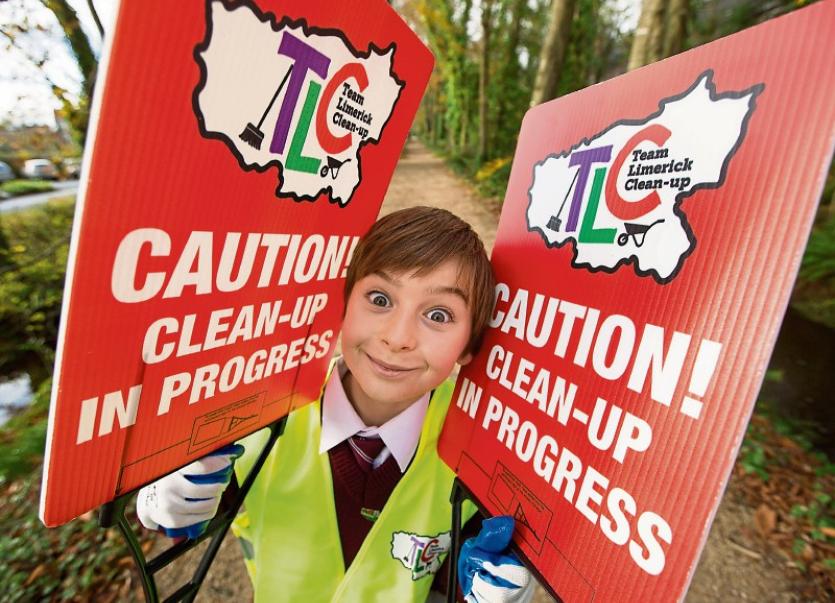 THE clock is ticking for schools to get their name on the list to take part in Limerick’s big clean up, TLC3, which takes place on Good Friday.

The closing date for volunteers is this Friday, March 31, while the date has now passed for schools to sign up.

Already a record number of people have signed up for the mammoth clean-up on April 14, with 15,000 volunteers having already added their name to the list.

“It is very important that volunteers sign up as soon as possible in order to receive their clean-up packs in sufficient time,” said a spokesperson for TLC3.

TLC3 will be our biggest clean-up to yet! We have exceeded last year's numbers and have over 14,000 volunteers signed up #TLC3 #LoveLimerick pic.twitter.com/EyUcDI4Uko

The TLC initiative is sponsored by the JP McManus Benevolent Fund and is spearheaded by Paul O’Connell. Limerick City and County Council coordinates with the support of  the Limerick Leader, Mr Binman and Live 95FM.

The event requires a few hours of everyone’s time on Good Friday and getting involved has become as much a social occasion as a community endeavour.

“It’s a social day - three hours on Good Friday during which people can meet and have a chat after it over a cup of tea or a hot cross bun,” commented TLC3 sponsor JP McManus.

TLC3 is appealing to all fast food outlets convenience stores, service stations and haulage drivers across the city and county of Limerick to support TLC3 by organising their own clean-up teams and encouraging their customers to dispose of waste responsibly and to get involved.

As part of this year’s campaign Team Limerick Clean-up 3 commissioned the sculpture of a large 12ft litter eating monster that is being used as a mascot for this year’s event.

The sculpture which was named Aunty Litter made her debut in the St Patrick’s Day parade where TLC picked up the Martin Folan award for most creative entry.

One of the volunteers who will be rolling up his sleeves on Good Friday is Munster and Ireland rugby legend Paul O’Connell.

“It’s such a great project - a very simple idea. It’s Good Friday morning, a few hours to get people out," he said.

“It’s just such a simple idea and we are delighted with how successful it’s been - that there has been so many numbers out in the first and second year and it looks like it’s going to be similar again.”

To register for the Good Friday clean-up log onto www.teamlimerickcleanup.ie.