No bus or rail services running 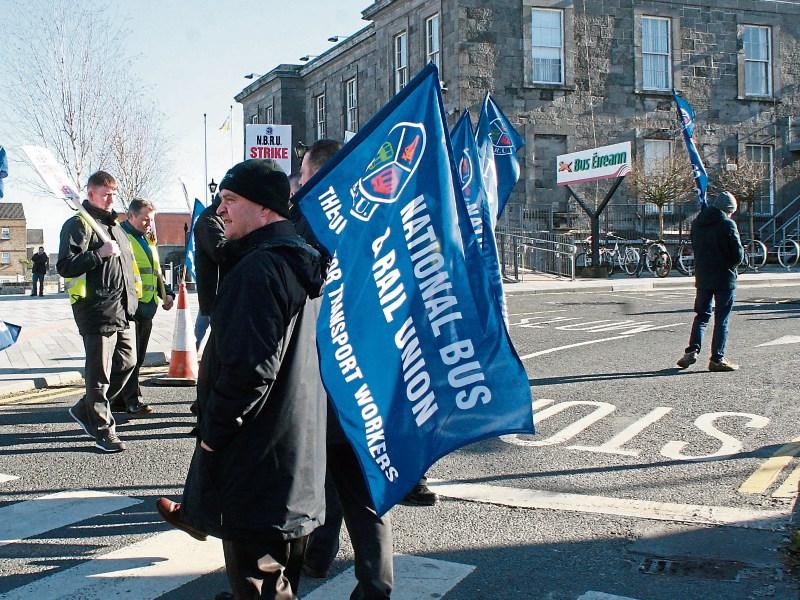 Pickets are in place outside Colbert Station - Picture Michael Cowhey

Thousands of bus and rail commuters as well as tourists have been severely affected by today’s strike action by workers at Bus Éireann.

Dozens of staff have been on the picket lines at three locations in the city – Roxboro Road, Sexton Street and Colbert Station – since 4am this Friday.

Some Iarnród Éireann workers refused to pass the pickets resulting in all rail services to and from Limerick being cancelled.

Students and professionals who were due to travel to Dublin and Cork early in the morning were forced to make alternative arrangements while one family from Illinois who arrived into Shannon Airport were also affected.

After landing in Shannon, Glen Busch, his wife Amy and their daughter Kaitlyn (12) travelled by taxi to Limerick only to find there were no buses or trains running.

Glen Busch and his family arrived at Colbert Station from the United States to discover there were no buses or trains running pic.twitter.com/U5sV47QX3f

“We were supposed to catch a train to Cork but from the time we took off in Chicago Airport to the time we landed here in Shannon apparently you guys have a little bit of a strike going on,” said Glen whose family were later offered a lift to Cork by reporter from RTÉ.

While there was some beeping of horns in support of the striking workers, not everyone was happy.

“Sometime I get the bus up and down to Nenagh to collect my child. It’s disgraceful, they should all be back at work. People who have to go to work should be able to use the buses, it’s disgraceful,” said David Johnson from Carey’s Road.

Bus Driver Pat Hanrahan,  who has worked with Bus Eireann for more than 35 years, says he’s very very angry with they way he and his colleagues are being treated.

“We have had terms and conditions for many years and they are being taken away at a drop of a hat by this new Bus Éireann management and we feely very strongly about it and that’s we are here today,” he told the Limerick Leader.