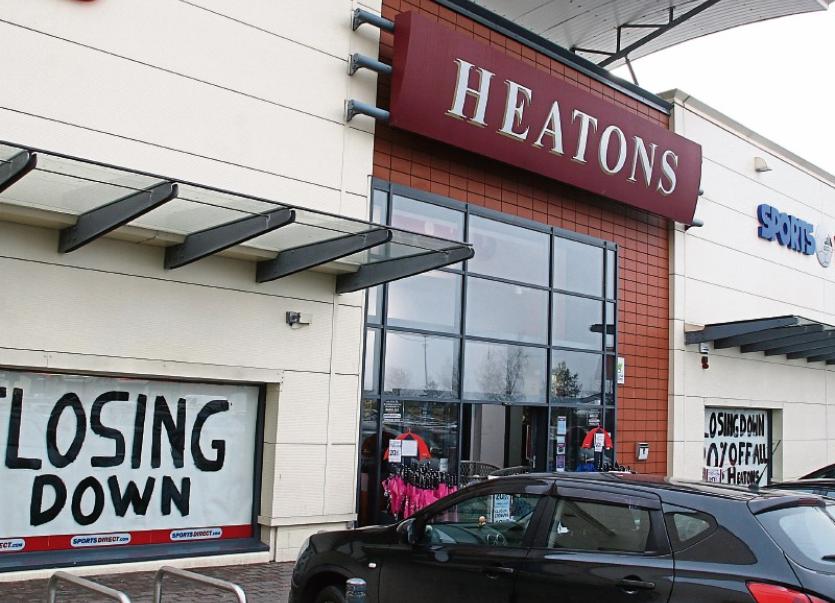 THE Competition and Consumer Protection Commission (CCPC) initiated enforcement proceedings against three retailers in Limerick city last year, it has been revealed.

According to its Consumer Protection List for 2016, which has just been published, Compliance Notices were issued in relation to two stores in Limerick for breaches of consumer protection legislation.

The stores named in the report are Heatons at Childers Road Retail Park and New Look at Cruises Street.

According to the commission, such notices are issued to traders, under the provisions of the Consumer Protection Act, for providing false information in relation to the price of products.

It has not been disclosed in the report if the breaches were detected following complaints from consumers or following inspections which were conducted by the CCPC.

Separately, a Fixed Penalty Notice (FPN) was issued to a hardware store in the city centre over its failure to indicate the price of certain products.

The notice, one of 27 served across the county, related to ​J.C. Daly (Hardware) Company Limited trading as Daly’s, William Street.

Again, details of the specific breach have not been included in the report.

“Under consumer protection law, the selling price of every item offered for sale must be displayed clearly and accurately. In 2016 we carried out 150 unannounced inspections of trader premises across Ireland to assess compliance with price display legislation. The majority of those inspected were found to be compliant with consumer protection legislation,” said Isolde Goggin, chairperson of the Competition and Consumer Protection Commission at the launch of the report.

Ms Goggin is encouraging consumers to come forward if they believe retailers are in breach of consumer protection laws or regulations.

“The information on trader’s practices which we receive from our consumer contacts are very important as they help to inform our work by identifying companies and sectors that engage in unfair commercial practices. We encourage any consumer who has a question about their rights or who believes that they have been misled by a business to contact us,” she said.

For more information, see the commission’s website, www.ccpc.ie or call its dedicated helpline on 1890 432 432.