Activist Frederick Douglass' visit captured the imagination of the public 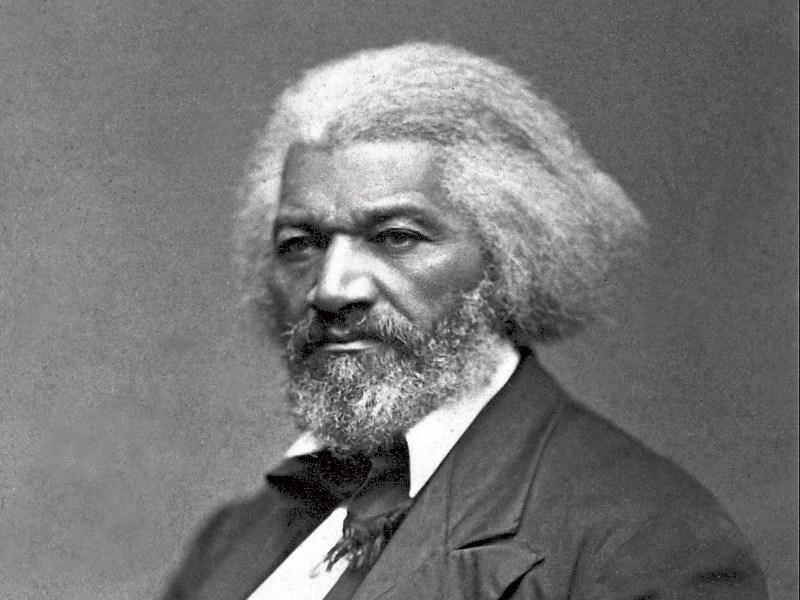 WHETHER at home or abroad, I will never forget the very kind manner I was received in Limerick.

On November 21, 1845, these were the concluding words delivered by one of the world’s most notable civil rights activists, Frederick Douglass, a black abolitionist who broke from the shackles of American slavery in the 1830s, on his visit to Limerick.

Following the publication of his groundbreaking memoir Narrative of the Life of Frederick Douglass, the African-American icon garnered worldwide support from anti-slavery societies, prompting a transatlantic tour of his renowned lectures.

And from the pulpit at the Independent Chapel on Bedford Row — now The Buttery café — during his visit, Douglass, arguably, delivered one of the world’s most stirring anti-slavery talks.

The tortuous culture of slavery and servitude in America started during the Anglo-Caribbean colonisation. And while black people were shipped to the Americas to be slaves for life, up to 50,000 Irish and British criminals worked as indentured and convicted servants.

From the 1600s until the Emancipation Proclamation in 1863, slavery was to be a divisive issue in everyday America.

And though Charles Lenox Remond — also a black abolitionist — was the first lecturer to enlighten the Irish people of American slavery in 1841, Douglass proved to be the “most graphic”. Samuel Ringgold Ward was to be the third influential abolitionist to deliver a speech at the Independent Chapel, in 1855.

This is cited in detailed research by historian Liam Hogan, of Limerick City Library, who has been, in his spare time, researching Limerick’s relationship with the transatlantic slave trade and abolitionism for the past six years. 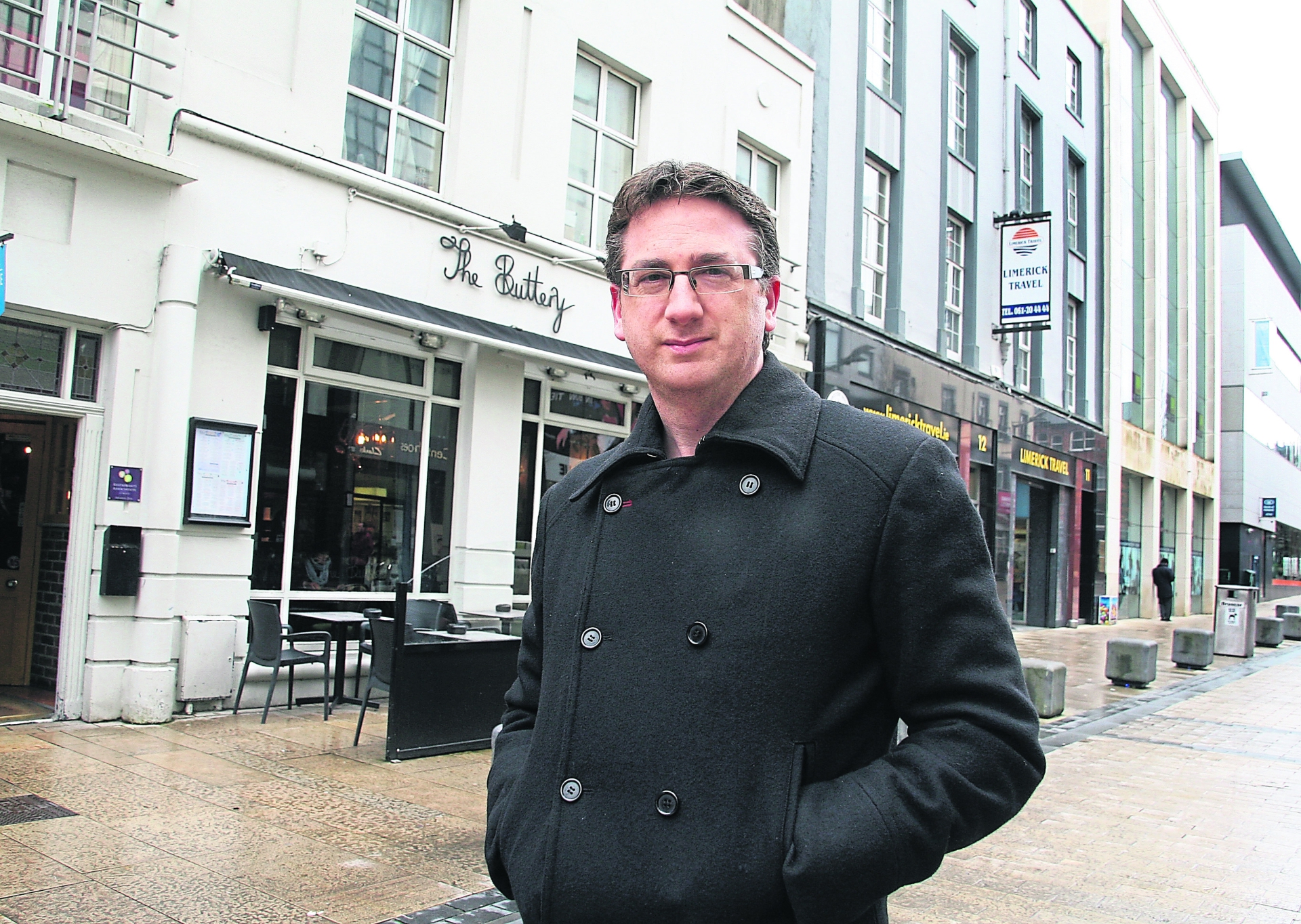 His work on Frederick Douglass’ visit was first published in the Old Limerick Journal in 2015.

While some local landowners had been involved in the notorious slave trade in the West Indies in the early 1800s, Limerick's relationship with anti-slavery also follows closely the roots of America’s abolition movement.

Forty-nine years before Remond delivered the first anti-slavery oration in Limerick, the Waterford Herald, on March 8, 1792, reported that up to 12,000 people in Limerick had refused to purchase sugar — a direct protest against the slave trade.

But the deep Limerick connection starts with the Fisher family of Ballinacurra, the seminal publisher William Lloyd Garrison, and the Massachusetts Anti-Slavery Society. Garrison, through his progressive abolitionist newspaper The Liberator, attracted Remond and Douglass to his cause, and both subsequently joined the society, after which making their way to Ireland over the space of four years.

Garrison’s life-long friend Richard Webb, founder of the Hibernian Antislavery Association, escorted the two abolitionist legends around Ireland and to Limerick. Both Remond and Douglass were followers of Irish leader Daniel O'Connell.

And upon arrival, both Remond and Douglass were “kindly received” by popular Quaker and linen merchant Benjamin Clarke Fisher. His family resided at Lifford House, Ballinacurra, and were close relatives and friends of Webb.

And to further cement the Limerick ties, Frederick Douglass, after living with the family for two weeks, developed a close friendship with the daughter Susanna who later visited the civil rights champion in 1888.

Mr Hogan, 36, says that the Congregationalists have been Limerick’s “forgotten” religious group in recent centuries.

According to a journalist at the Limerick Reporter newspaper, Remond’s fourth and final lecture, on September 7, 1841, attracted a full house and was described as “one of the most powerful, eloquent, and effective [lectures] delivered in this city”.

Benjamin Fisher, at the end of this lecture, proposed a resolution that the people of Limerick would “pledge ourselves to aid in forwarding the extinction of this degrading and unchristian system by every means in our power”, which was unhesitatingly passed.

But it was Douglass’ visit that appeared to capture the imagination of the public in 1845.

“As an anti-slavery figure and as an American, he was a really significant person, even literary- and politically-wise, everything. We have everything, including the text, of his lecture, and that should be remembered and commemorated,” Liam says, reflecting on his years of research.

And when it came to speaking freely, Douglass did not hold back; firstly tackling the historical belief that the Irish were slaves.

“If slavery existed in Ireland, it ought to put down, and the generous in the land ought to rise and scatter its fragments to the winds,” he asserted, which was followed by loud cheers, the Reporter wrote. “But there was nothing like American slavery on the soil on which I now stand. Negro slavery consisted not in taking away a man’s property, but in making property of him.”

Nearly 200 years later, the “Irish slave myth” continues to be used in debate, storytelling, and in “ahistorical journals”, Liam tells the Leader.

Tackling the myth as an independent scholar, he says that it has overshadowed the reality that Limerick and Irish traders were providing for ‘slavocracies’ and the slave trade, and imported and sold slave-produced goods, such as sugar and tobacco.

In 1718, there were reports of the slave trading vessel Prosperity, commanded by a Captain Hourigan, leaving Limerick for the Gold Coast, Ghana.

The Custom House, now the Hunt Museum, was built during the British slave trade boom, and was wholly funded by Imperial revenue.

Additionally, Limerick had a blackface actor during the 1840s, by the name of Bateman. Expressing disappointment, Douglass said that he was “sorry to find one of these apes of the negro had been recently encouraged in Limerick”.

After condemning backward slave laws that governed America, and the apologists of slavery, Douglass concluded his lecture with a graphic demonstration of slavery.

In an extravagant showcase, Douglass displayed implements of torture; a cowskin whip with indelible bloodstains, manacles, shackles and chains. In his Narrative memoir, there are numerous, explicitly-detailed extracts of slave-whipping — a horror which he endured many times.

The historian reckons that this display may have been an “experiment”, and a successful one, too. The Reporter newspaper wrote that the crowd left the Bedford Row lecture “incensed against the infernal traffic in human blood and flesh”.

On November 21, Douglass was feted by Mayor of Limerick Francis P Russell at a lavish soiree at the Philosophical Rooms [also known as Havergal Hall] on Upper Glentworth Street. 400 people attended, the Reporter noted.

Adding to the uniqueness of the visit, Douglass declared: “Oh what a transition it was to be changed from the state of a slave to that of a free man!” From the analysis of various newspaper reports, Liam infers that this is the first time he had said this during his Irish tour.

Douglass later became the first ever African-American to be invited to the White House, at the request of Abraham Lincoln. And though Limerick shares strong ties with the American slave trade and its abolition, very little of it has been documented.

“This is a significant marker that reminds people of the whole story, of Limerick’s transatlantic history. We were trading directly with Barbados when it was a slave colony. People made money from it, the products of slavery were coming here — sugar, rum and so forth — and was then sold by grocers all over the city. Our history is interconnected with it, and we should not avoid that,” Liam adds.

The Civic Trust, the Rubberbandits, The Buttery Café, and TD Maurice Quinlivan have told the Leader that they support a move to mark the visits of Remond, Douglass, and Ward at Bedford Row. Hopefully, it will be properly memorialised.