Neighbours quarrel over pier at entrance to right of way

Man denied 'hounding' neighbour who was convicted of assaulting him 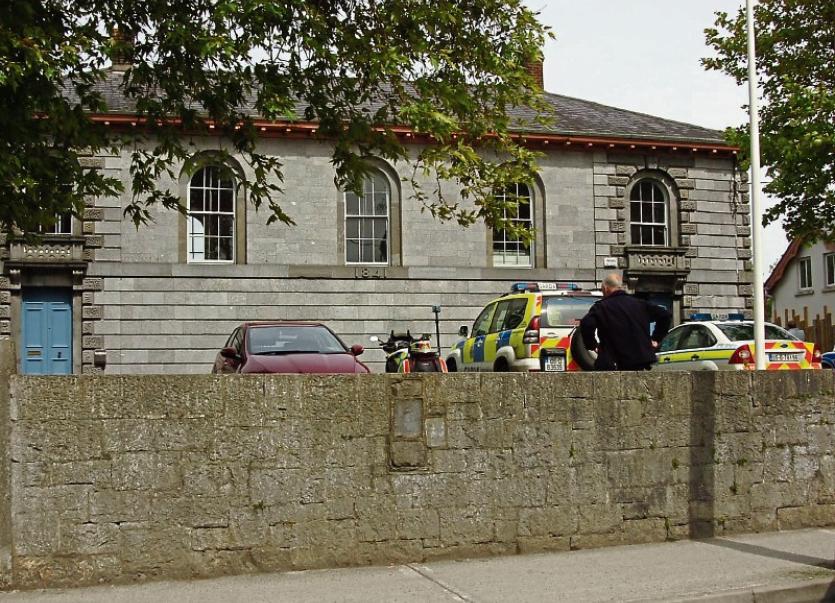 A RATHKEALE dairy farmer, John Moran, told Newcastle West court that he was kicked in the backside and threatened with a shovel when he went to talk to his neighbour, Donie Murphy about moving a pier or pillar.

Mr Moran was giving evidence in a case in which Donie Murphy, Ardlaman, Rathkeale was charged with assaulting Mr Moran at Ardlaman on July 9, 2015.

The pier, Mr Moran said, was at the entrance to a right-of-way to his farm and he offered to pay the cost of moving it  in order to widen the access for a bigger milk collecting truck.

The gate pier, he said, was in any case protruding about 18 inches on to the right-of-way.

Mr Murphy agreed at first, Mr Moran explained but then changed his mind after an engineer had come to mark up the pier.

“Mr Murphy had the mark wiped off and said he couldn’t give me that much,” Mr Moran said.

Mr Moran went to talk to Mr Murphy at his workshop on July 19, 2015, and was leaving when he got a kick up the behind from Mr Murphy.

Mr Murphy then grabbed a shovel and began flashing it across Mr Moran’s face.

“I could find my cap moving,” Mr Moran said adding that he knew if he turned his face he would get hit. Mr Murphy’s wife then came on the scene, Mr Moran continued, and got between them, roaring at her husband “not to do it”.

“He spit down the ground and said that is all ye are, dirt. He told me my family were nothing but tinkers.

“Mr Murphy sent the guards to me the week after,” Mr Moran said.

Cross-examined by Mr Murphy’s solicitor Rossa McMahon, Mr Moran said he had been told by the Land Commission years ago that he could “remove the pier whenever I wanted”.

But he denied he had been “hounding” Mr Murphy on the matter and he hadn’t gone to a solicitor because he “didn’t want to cause ructions” “I didn’t want solicitors. I didn’t want law,” Mr Moran said.

“Isn’t it true he asked you repeatedly to leave?” Mr McMahon asked.

Mr McMahon also put it to him that Mr Murphy couldn’t have done what he, Moran, claimed,  as he had poor health. “He did run at me,” Mr Moran declared.

Garda John Ryan, in his evidence, said he went to see Mr Moran who told him he had been assaulted by Mr Murphy. He then called to Mr Murphy. “He said he may have pushed Mr Moran.”

He said Mr Murphy was “agitated over the pier and that guards had been called to his shop”.

When Donie Murphy took the stand, he testified to the conversation that had taken place between himself and Mr Moran that day.

“I said you are getting no pier the way you are carrying on. He said ‘I own half the pier’,” Mr Murphy said, adding that he told Mr Moran: “If you want to find out what you own and don’t own, go to your solicitor. Don’t mind coming in here fighting with me.”

Mr Moran, he said, had been in and out to him on the matter for six or eight weeks.

But he denied he kicked Mr Moran in the backside.

He also denied running after him, as he had trouble with his leg.

“I couldn’t run down there,” he claimed, pointing down the floor of the courthouse.

And he explained the shovel was keeping the door open. He picked up the shovel as he was about to close for his dinner when Mr Moran, who was about 20 feet away, came back again and said: “Hit me now if you like. Hit me.”

“His family and myself are the best of friends. I said nothing. It is complete lies. That is the truth, that I may not get up out of here.”

Mr Murphy said Mr Moran owned the land all about and could have moved one of his gates to let the milk truck through. But Mr Moran, he added, wouldn’t go inside his own land.

Making the case for his client, Mr Murphy, Rossa McMahon said the pier was on Murphy’s land and he was under no obligation to accommodate Mr Moran.

“He can be as unreasonable as he likes. If Mr Moran has a problem, he can go to a solicitor.”

Instead, Mr Moran had kept badgering his client.

“Mr Moran’s evidence is not reliable,” Mr McMahon added, pointing out that there was no mention of Mr Murphy’s wife in Mr Moran’s statement. Mr Moran’s claim that Mr Murphy ran at him was not credible, he also argued.

“This is going on a long time, Mr Moran has never had a solicitor to make any proper proposal with the result when he came in to my client’s business property he was unreasonably aggressive.”

Mr Murphy had admitted shoving Mr Moran, Mr McMahon continued, but he argued that assault is not assault if there is lawful excuse.

“This is an ongoing campaign against Mr Murphy. Mr Moran feels entitled to do what he wants. I am seeking a dismiss.”

Inspector Alan Cullen said Mr Murphy had acknowledged both to Garda Ryan and in his testimony that he had pushed Mr Moran. He also acknowledged he picked up the shovel, the inspector pointed out.

“There is nothing like rural Ireland and disputes about land,” Judge Mary Larkin said and it was a pity John B Keane was not there to write out “the minutiae of what was said here”.

She was satisfied, she said, that Mr Murphy has a short fuse. Whatever way Mr Moran went about things, she continued, he did rub Mr Murphy up the wrong way.

But she found that Mr Murphy did assault Mr Moran.

“I have two ways of dealing with this,” the judge continued.

She could convict or she could adjourn to allow the men to resolve the matter like gentlemen.

Mr McMahon pointed out that Mr Murphy had been dealing with this a long time and had  told Mr Moran to go to his solicitor.

Judge Larkin convicted Mr Murphy of assault and fined him €500. But she fixed recognisance in the event of appeal.