Firm has teamed up with LIT to offer a scholarship 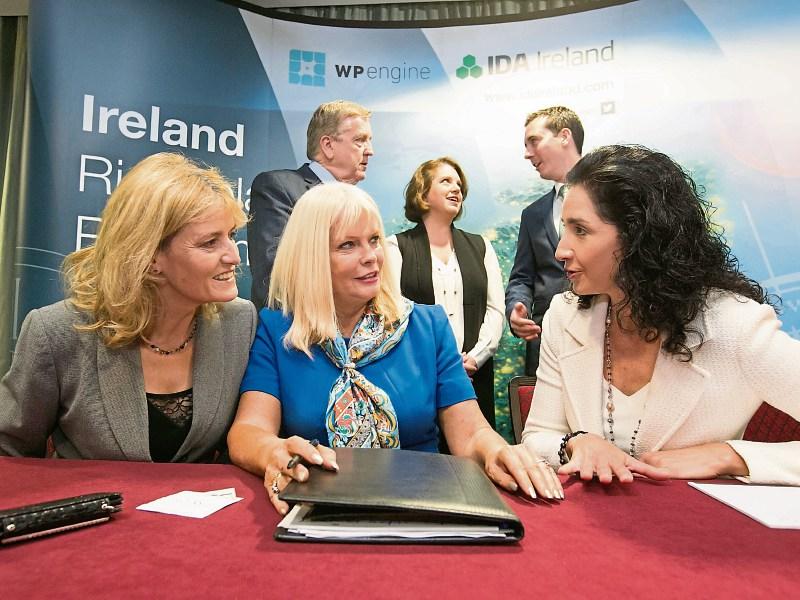 THE presence of taxi on-demand firm Uber was one of the key reasons another high-tech firm WP Engine set up in the city centre.

That’s according to April Downing, the chief financial officer of WP Engine, which operates in Patrick Street.

While most other technology firms prefer to locate on the peripheries of cities, Ms Downing said WP Engine is different.

“When we were making our decision about coming to Limerick, we were unique in that we wanted to be in the city centre. One of the other technology companies we spoke to was Uber.

"It was nice to be able to meet with them, and find out why they decided to make this decision. It was a really important part of the decision to help us invest,” she explained.

Uber for its part, operates out of the Thomas Street centre, and is ramping up to a total workforce of 300 here. WP Engine has teamed up with the Limerick Institute of Technology (LIT) to offer a scholarship to Moyross man Evan Lane, 24.

Having met the mature student, Ms Downing revealed he happened upon a career in computers and technology almost by accident.

“He was first thinking about doing marketing. As part of this, he had an IT class. Off the back of this, he realised he had an interest in technology. It was then he started pursuing his degree in computer systems and network management,” April added.

For his part, Evan said: “During my recent marketing course my love for IT just grew and grew, it’s a really exciting time for tech, and it’s great to play a small part in it.”

“This scholarship will help me with the financial side of college allowing me to focus more on my studies, something which I am sincerely grateful for. I’m excited to be able to pursue a career in an industry I’m really enthusiastic about and can’t wait to get started,” he added.

It is the support WP Engine has enjoyed from Limerick’s business community which Texas native Ms Downing says made the firm want to give back to the local area.

”Very quickly, we appreciated reducing the barrier for people to get an education was a great way in which to give back to the community,” she explained.

Ms Downing said WP Engine has no regrets about setting up in Limerick, describing it as an “incredible community”.

Of the 100 jobs the firm pledged back in October, Ms Downing said they have hired around 20 people so far, and would hope to take on the remaining people within three years.

“But we’d do it faster if it made sense,” she said.

”The team here is spectacular. Everyone is so devoted, they are so considerate. Our customers love the interaction. It’s really nice to have a location which is just an extension of our broader team in Texas,” she added.