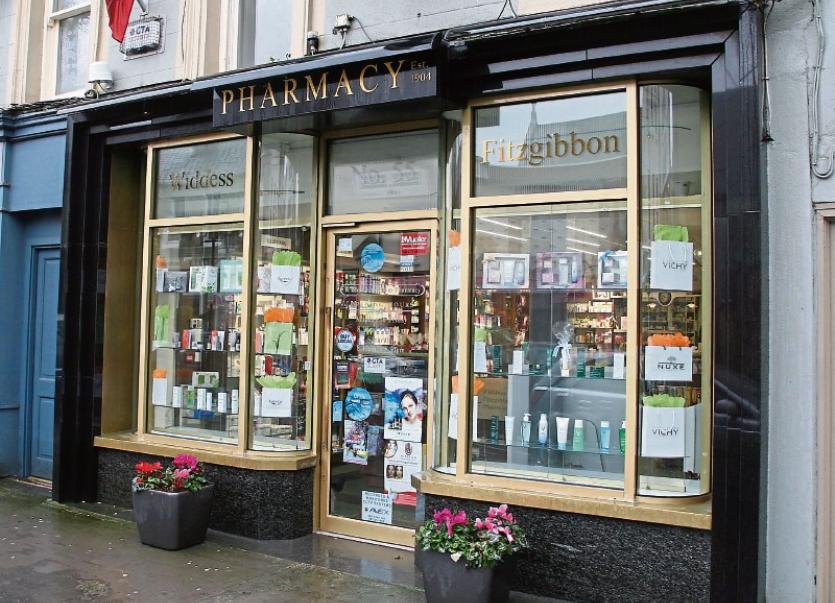 A PHARMACY has been convicted and fined €1,500 for breaching regulations in supplying a number of licensed animal products to customers without a prescription and for failing to keep full records of all their transactions.

Judge Marian O’Leary at Limerick District Court heard that Widdess Fitzgibbon Pharmacy on Roches Street was subject to a routine but unannounced inspection by the Pharmaceutical Society of Ireland on December 12, 2014.

Marian Fitzgibbon, director of the pharmacy, pleaded guilty to three offences under Section 11 of the Regulation of Retail Pharmacy Business Regulations (2008).

An inspector with the PSI told the court that a large volume of veterinary medicines were present in the pharmacy, and they then reviewed records of supplies, which were described as “not sufficient”.

They detailed that all pharmacies have to keep a register of all incoming and outgoing supplies, including details of the batch number, the name and address of the purchaser, and the serial number to ensure full traceability.

The inspector was furnished with hand-written accounts including some of these details, but they did not include records of batch numbers or prescription numbers.

The court was told that a vet treating an animal has to write a prescription, but in this case prescriptions were written retrospectively by a vet, who was not named in court.

The inspector with the PSI expressed concerns of any possibility that certain prescriptions could be given in error to the wrong animals, specifically those used in the food producing industry.

The court heard that other litigation against the pharmacy may be taken, but the terms of which and by whom was not specified.

The directors of the pharmacy are Marian Fitzgibbon, who was present in court, and her mother, who is aged 85.

Defending, Suzanne Mullally, BL, said that her client was fully co-operative during the investigation and made frank admissions. “She met these charges head on and pleaded guilty at the earliest opportunity,” said Ms Mullally.

In the days after the inspection, the authority wrote to the company outlining immediate concerns and seeking undertakings.

Ms Fitzgibbon wrote back with remedial steps to be taken, and the court heard she has since invested €40,000 in her premises.

No complaint was made against the pharmacy, which employs eight people. Ms Mullally said the pharmacy is of “some antiquity, dating back to 1908”, and that it was taken over by Ms Fitzgibbon’s father in 1950. Judge O'Leary imposed three fines of €500 each, with six months to pay, and ordered that a contribution of €3,000 be be paid towards the prosecution’s legal costs within one month. “She was well aware of what she was doing,” said Judge O’Leary.