WATCH: Excitement bubbling in Kilmallock ahead of FAI Cup clash 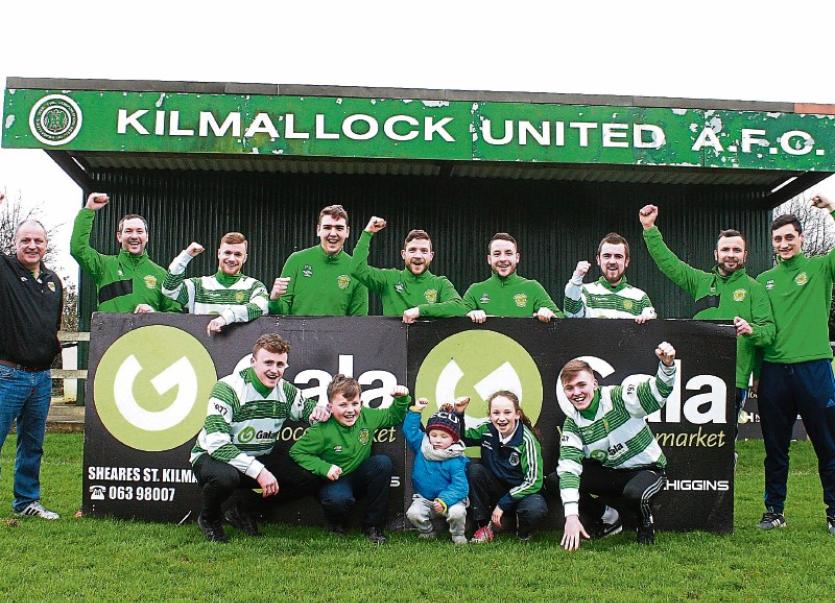 AS Kilmallock United AFC celebrate their 40th anniversary this year, they are hoping for an historic breakthrough in the Aviva FAI Junior Cup.

The County Limerick side have been drawn away to Evergreen FC of Kilkenny in the quater final of the competition this Sunday.

Kilmallock are one of two Limerick sides to have reached the last eight of this season’s FAI Junior Cup with city side Janesboro travelling to Killarney Celtic, also this weekend.

“I was saying it to the players that about 10,000 players have entered the tournament and we are down to the last 150 or so players in the country so it is some achievement,” said Kilmallock FC manager Derek McCarthy.

“It’s a national tournament. There are over 650 teams. It is actually the biggest junior football tournament in Europe.”

Excitement has been bubbling in the town all week ahead of the 2pm kick-off on Sunday.

“We got unbelievable support in Dublin for the last game - it was an amazing sight. We knew there was good numbers travelling but when we walked out on the pitch, myself and the players couldn’t believe how many had travelled,” added Derek.

“If we needed any more motivation, whoever wins this game goes into the FAI Senior Cup. That would potentially pit me against my employers because we would go into the same draw with Limerick FC.”

The Ardpatrick native who now lives in Kilmallock had been fitness coach with Limerick FC for the last number of seasons before taking up the role as manager of the U17 squad.

“I have been with this group since I came back from England around three years ago,” he said of the Kilmallock squad.

The players, Derek said “are a pleasure to work with”.

“There is a real bond between them. That’s always important and it’s a common trait in any successful team,” he added.

Looking ahead to Sunday’s opposition, Evergreen of Kilkenny, Derek pointed out that they do have a number of players in their squad with League of Ireland experience.

“They have one player Michael Drennan who played with Shamrock Rovers last year and was in Aston Villa as a young player. He is one to watch.

“A former team mate of mine is the manager and I played with him for Waterford Utd, Packie Holden and he is their manager and goalkeeper.”

This year is the 40th anniversary of the Kilmallock club which was founded in 1977.

“It’s great that some of the founding members are still around to see the progress,” said Derek, who along with the rest of the club are hoping their side will pull off a victory on Sunday to keep alive the dream of reaching the final and playing at the home of Irish soccer, the Aviva Stadium.