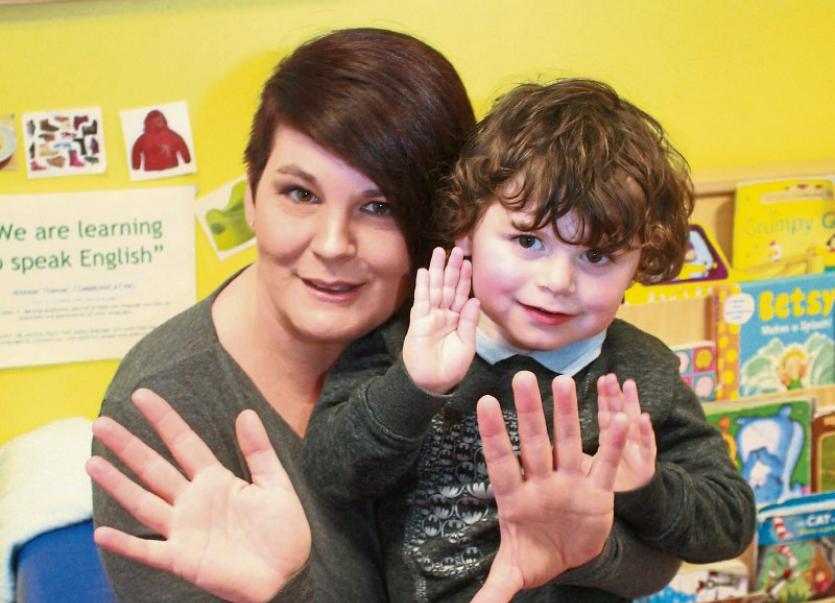 A THREE-year-old who made a miraculous recovery after falling six stories has returned to creche for the first time.

Neil Shanahan, who lives in Farranshone, spent six weeks in Temple Street Children’s Hospital after falling from the sixth floor of the Strand Hotel.

And this week, the smiling toddler, who only turned three last week, returned to play at the Rainbow Childcare Academy at the Riverpoint complex having not attended since his accident last July.

There, he was welcomed back by manager Nichola McEwan, before he ran around and played with the new intake of children. 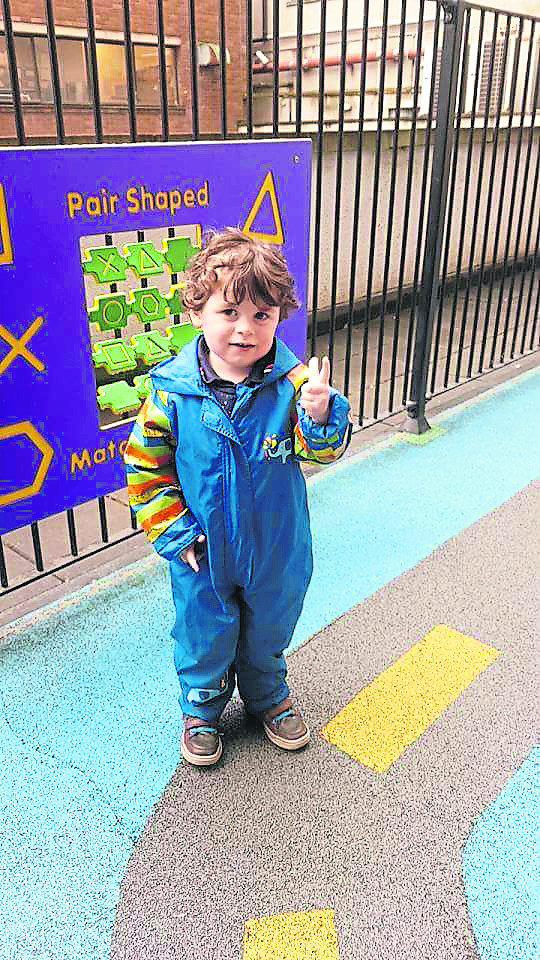 “He has just settled back in with so much ease. A lot of children have enrolled this year. He wouldn’t have known them. But he’s just slotted in. He loved all the activities. He’s very sociable. He’s just a delight to have,” Nichola told the Limerick Leader.

When asked about what happened to him last year, young Neil – who is the middle child to Billy, 1 and Martin, 5 – said: “I fell off the hotel and broke my bones”.

He then launched into a rendition of the Batman theme, before telling us: “I like Weetabix!”

Despite little Neil’s ordeal – which included him being placed in a body-cast for an extended period of time – Nichola reveals he does not need any special care or attention.

“It’s really miraculous. He listens, and just gets in the thick of it. Just like one of the other kids. But he has been through something quite horrific,” she added, “Looking at him there, you cannot relate the two things.”

Born in Milton Keynes in England, Nichola started up Rainbow Creche after the Tic Toc closed last summer. She was a manager there.

Following this shock, she has rebuilt the business back up.

She said: “Business is really good now. We’re hitting maximum capacity now. We have 66 children full and part time. And Neil will be enrolling in pre-school with us”.

Nichola, who has 23 years experience in childcare, kept many former staff of the childcare provider on.

Neil’s mother Martina said she and husband Michael are delighted with the creche.

“We think the creche is so professional. It is very nice to leave him there, and to collect him as we get a lot of information on how he is doing. The staff are wonderful. They also attended the Mass after Neil fell, and we got a lot of support from them during the time he was in hospital,” she said.

Neil returned home in August last year, and in the autumn, his parents held a Halloween trick-or-treat event, which raised €3,000 for Temple Street. A mother-and-toddler bake sale raised a further €200. And at Christmas, he had the honour of switching on Limerick’s festive lights.