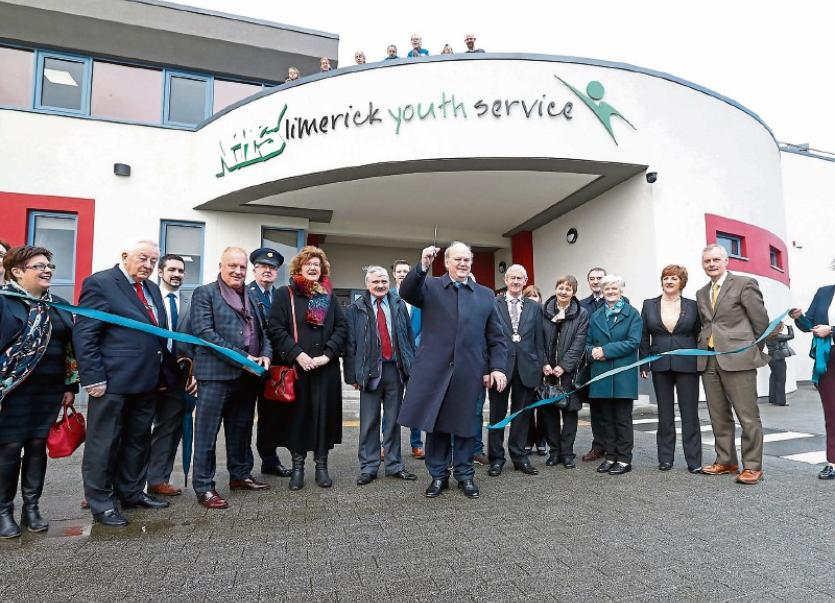 FINANCE Minister Michael Noonan has cut the ribbon to open a new €1.8m youth centre on the northside.

The Limerick Youth Service has opened its ‘Northside Youth Space’ on lands in the shadow of Thomond Park in Ballynanty.

A multi-level facility, it houses a youth cafe, the Ballynanty Garda Youth Diversion project, as well as the old Ballynanty Youth Club and family support projects.

Speaking about the centre, which has just been built, Mr Noonan said: “It’s beautiful, an amazing building, with beautiful windows and beautiful light coming in. But the work which takes place here is equally as amazing as the architecture itself.”

The new youth centre was made possible thanks to money from JP McManus, and it represents a homecoming of sorts for the agency, with its founder, the late Sr Joan Bowles first opening the Ballynanty Youth Service before it spread citywide.

Her brother Larry, and other close relatives were present for the launch, with Mr Noonan paying a warm tribute to the founder.

“She began what is coming to fruition here. She scratched, saved, worked and lobbied to get the centre in Henry Street opened.

After cutting the ribbon, Mr Noonan was presented with a framed picture which was taken as part of a youth mental health project the service ran last summer.

Aaron O’Neill, one of those who made the presentation said the new centre is a “focal point for the community”.