Limerick council to invest €700,000 in Nicholas Street this year 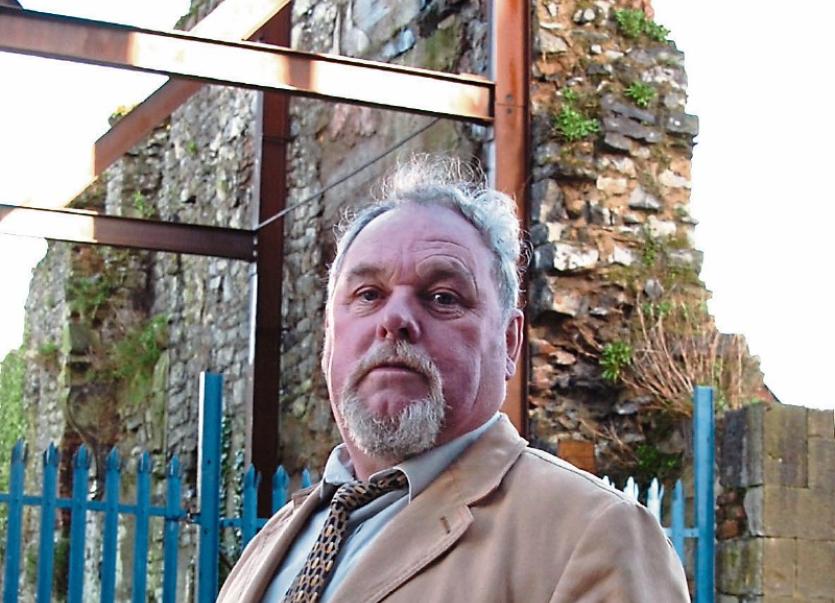 Cllr John Gilligan at the Fireplace Site in Nicholas Street, which he believes is preventing development

LIMERICK City and County Council is to invest more than €700,000 on one of the city’s main tourist streets this year.

Data released to councillors at a recent housing meeting by officer Maria Donoghue reveal several derelict units in Nicholas Street, which leads to King John’s Castle, are going to be brought back to life this year.

The St Mary’s Park Men’s Shed will move into 27 Nicholas Street at the end of this month, with stabilisation works set to commence on this unit.

A “medieval discovery” was made underneath the site of 27 Nicholas Street, Ms Donoghue said, which delayed the process of bringing the building up to scale.

The Men’s Shed – which provide an outlet for males in the city – are expected to share the unit with the Irish Wheelchair Association.

Ms Donoghue also revealed that a high-profile commercial operator has expressed an interest in moving into numbers 24 and 25 Nicholas Street.

Stabilisation works for this unit will commence on site once permission has been received from the Department of Arts, Heritage, Regional, Rural and Gaeltacht Affairs, she told councillors.

Separately, an animated discussion ensued over the much-maligned Fireplace Site at the city-centre end of Nicholas Street.

The council official said laser surveys of the interior of this site have revealed several “nuances” there.

“We hope to enable the site to become more accessible and provide more access to tourists,” she said.

But Sinn Fein councillor John Costelloe – who lives in Nicholas Street – said: “It’s not a historic site. It’s a derelict site. We are talking about two stones corballs, and a stone mantelpiece. It’s not the Great Wall of China – it needs to go.”

Independent councillor John Gilligan added: “We have spent €1m keeping the site there for 25 years, and it’s still a wreck.”