'Time is on our side' for free trade deal with UK, says minister 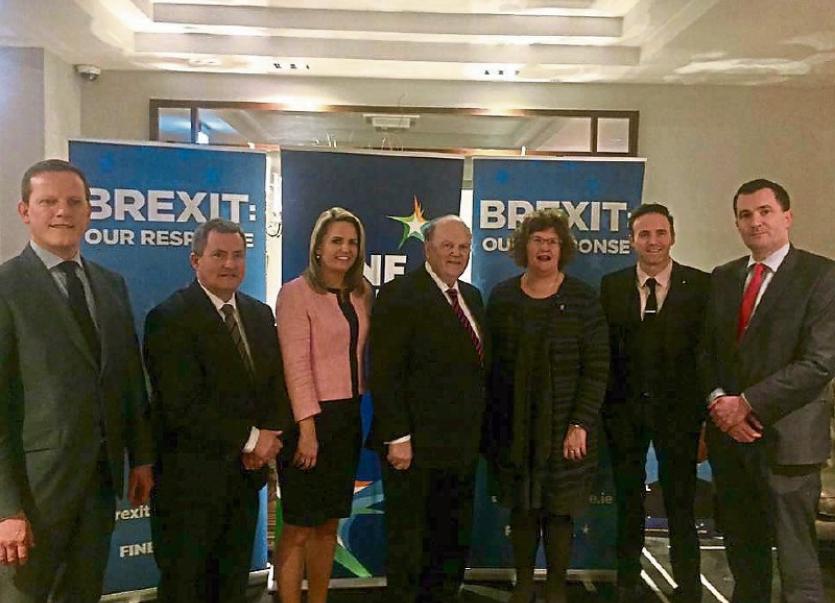 MINISTER for Finance Michael Noonan is confident that the free movement of people between Ireland and the UK, along with the common labour market can be retained following Brexit.

And if Britain secures a free trade agreement with the EU, all of Ireland’s potential post-Brexit problems for the €1.2 billion worth of goods traded between the two countries every week will virtually disappear, the Limerick minister said.

Speaking at a Fine Gael Brexit response meeting in the Castletroy Park Hotel last night, Mr Noonan emphasised that Ireland is fully committed to remaining in the European Union.

“The British negotiating position is that they want to negotiate a free trade deal with Europe, so that goods and services can pass from the UK to Europe and from Europe to the UK without any tariffs, without any customs dues,” said Mr Noonan.

If Britain fails in its negotiations and free trade is stopped, tariffs and checkpoints could be imposed - but the minister hopes that it will not come to that.

“It’s going to take a long time to negotiate this. This is going to go on for five or six years, maybe longer. There’s an awful lot of pieces to this,” said Mr Noonan.

“One of the things I’ve learned in politics is that if you have time, you can negotiate most things, and we have time,” he added.

County Limerick TD Tom Neville said that the remaining popularity of the EU within Britain can be used as a negotiation tool.

“Forty-eight percent of the people voted to remain - 50/50. I think we can use that leverage in our negotiations, that 50 percent of the population of the want to remain, including Scotland, Northern Ireland and London,” said Mr Neville.

“That’s something that we can use as a strength in our negotiations.

“Europe itself needs to recognise and examine why this has happened. We need to get free trade with the UK. That is the bottom line going into these negotiations. It evaporates a lot of the problems that are being mentioned tonight, and I think because 50 percent of the UK voted to remain - and maybe a lot more, deep down, wanted to remain but used it as a protest vote - they won’t want to see tariffs either,” added Mr Neville.

Senator Maria Byrne expressed concern that Irish students studying in the UK may have to pay higher fees in the case of a hard Brexit.

“Limerick is a city in a renaissance,” he said.