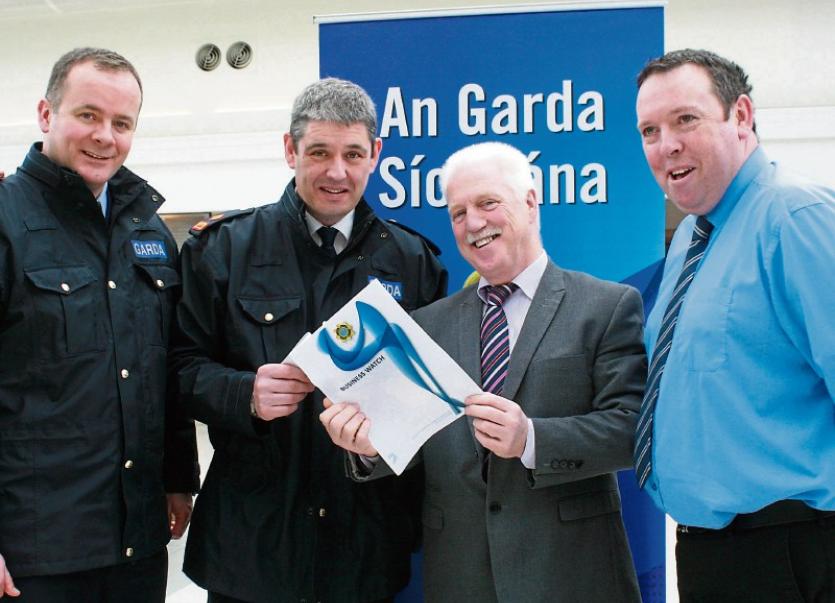 A fresh initiative has been launched in an effort to reduce incidents of crime at Limerick’s biggest shopping centre.

The Business Watch initiative, which was launched this Wednesday, is a crime-prevention programme which will see gardai and traders from the Crescent Shopping Centre in Dooradoyle working more closely together.

According to gardai, the initiative will operate in a similar way to Neighbourhood Watch schemes with people who work at Crescent Shopping Centre providing “extra eyes and ears” for gardai.

The need for such an initiative was identified by traders late last year and the launch follows several months of discussions with garda and management at the shopping centre.

“It’s based on the premise of collaboration with all the business here getting together and the gardai then coordinating it,” explained Inspector Ollie Kennedy of Roxboro Road garda station.

“It will build a tighter partnership – from a communication and security point of view – between all the businesses here at the Crescent and that is further boosted by our links with them,” he added.

John Davitt, manager of the Crescent Shopping Centre, has welcomed the launch of the new initiative which, he says, will benefit both traders and customers.

“The Crescent traders will meet on a weekly basis with the security manager for the Crescent who will then liase directly with the local community garda from Roxboro Road garda station,” he said.

It is hoped the Business Watch initiative will reduce overall levels of crime at the Crescent and allow gardai to identify patterns of offending and trends at an early stage.