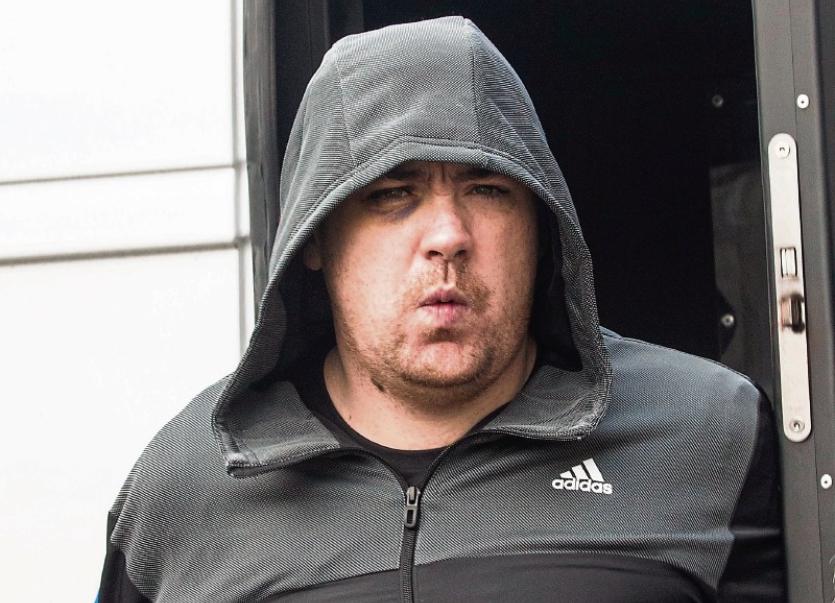 A MAN who gardai allege is a leading figure in the McCarthy-Dundon organised crime gang was refused bail after he appeared in court on multiple road traffic charges.

Ger Dundon, aged 30, who has an address at Hyde Road, Prospect was arrested by members of the armed regional support unit following a high-speed pursuit at the weekend during an operation targeting organised crime in the city and county.

Dundon, who had two black eyes when he appeared before Limerick District Court this Wednesday, faces ten charges of dangerous driving under the Road Traffic Act.

He is also charged under the provisions of the Non Fatal Offences Against the Person Act with “intentionally or recklessly” engaging in conduct which “created a substantial risk of death or serious harm” to other road users.

Opposing bail, Detective Garda David Baynham said he was of the “firm belief” that Dundon would flee the jurisdiction if released as he has “connections in the North of Ireland, the UK and further afield”.

He said it will be alleged by the State that gardai attempted to stop a high-powered Audi A8 Quattro which was being driven by Dundon after it was observed last Sunday morning in the Bruff area of County Limerick.

He said gardai first approached the vehicle at Kilmallock Road and that it will be alleged that a high speed pursuit then continued “for some time” before the Audi crashed into a wall near Fr Russell Road, Dooradoyle shortly before midday.

During the lengthy bail hearing, Judge Marian O’Leary was told it will be alleged the car struck another vehicle at St Paul’s Roundabout, Ballinacurra Road and that the vehicle became “airborne” while being driven at high speed through the car park of the Crescent Shopping Centre.

Detective Garda Baynham said a pump-action sawn-off shotgun was recovered during follow-up searches of properties at Main Street, Bruff and that he believes Dundon’s driving was an attempt to evade gardai due to his knowledge of the firearm.

Solicitor John Devane told the court his client, who wore a black and grey trasksuit, was willing to abide by “any and all” bail conditions and he denied suggestions that he represents a flight risk.

He said Dundon has very strong ties to Limerick including his three young children from a previous relationship.

Judge O’Leary said given the garda objection she was refusing bail.

Dundon was remanded in custody until March 7, next