Limerick take away closed due to lack of hot water 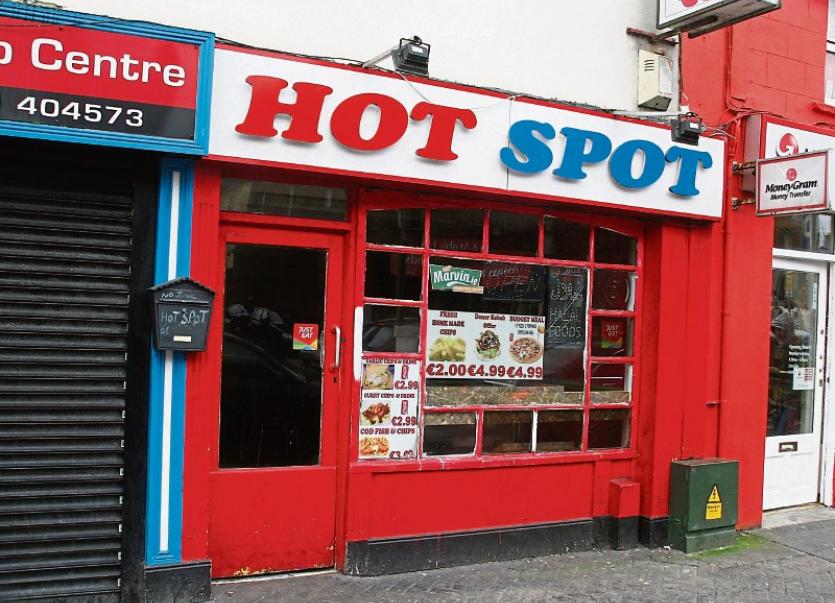 A CITY takeaway was ordered to close after health inspectors found there was no running hot water on the premises, it can be revealed.

A formal Closure Order was served on the manager of Hot Spot, Parnell Street, on January 30 last, following an inspection by an environmental health officer with the Health Service Executive.

In his report, which has been released to this newspaper under the Freedom of Information Act, the inspector states there was an “absence of hot water for personal, structural and operational hygiene purposes” when he visited the business on the day the closure order was served on the person in charge.

In his handwritten report, the inspector also informed the Food Safety Authority of Ireland (FSAI) that there had been a “failure” by the operator of the takeaway business “to maintain the premises in a clean condition and good repair”.

The Closure Order, which was served under the provisions of the FSAI Act 1998, remains in place and the premises has not opened for business since it was served.

By law, the order can only be lifted by a court if the HSE is satisfied that the breaches identified have been rectified by the proprietor.

Hot Spot is one of three take away premises in Limerick which have been ordered to close since the beginning of the year.

However, the other two premises – which are located in the city and in Rathkeale reopened within days of the closure orders being served as matters were rectified.