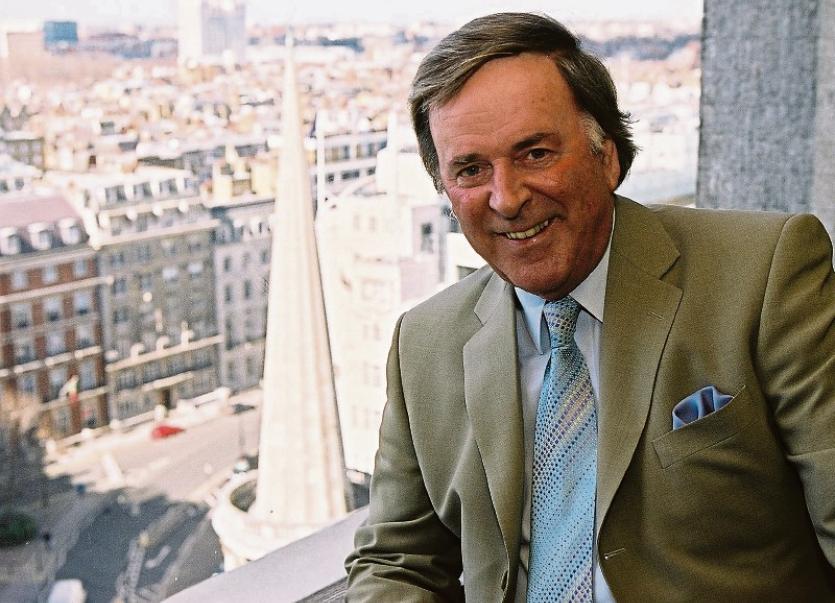 Plans to erect a sculpture in honour of the late, great Sir Terry Wogan are progressing

OVER 30 artistic proposals have been received with visions for the planned sculpture to immortalise Sir Terry Wogan in his native city.

The Mayor of Limerick, Cllr Kieran O'Hanlon, recently confirmed to the Limerick Leader that plans to erect a life-size bronze piece in honour of the BBC broadcasting legend, who died just over a year ago, will proceed following agreement with his family in the UK.

Mayor O'Hanlon said it was his intention to erect a sculpture, estimated to cost in the region of €50,000, on lower Thomas Street, linking with O'Connell Street.

“We have received a wonderful reaction from the public regarding the plans, with a lot of positivity. No decision has been taken as of yet regarding a final design or the chosen sculptor, but we would hope to finalise plans soon, and I’ll be discussing it with a member of his family shortly,” he told the Limerick Chronicle.

The Fianna Fail leader of the council said he felt this would “add to the area” due to the planned €9m pedestrianisation of the city's main thoroughfare by 2019.

He outlined that his idea is to have a statue of Wogan sitting casually on a bench, as if about to interview someone, which he feels would invite fans to sit alongside the bronze sculpture and pose for photographs.

“Sir Terry was loved and adored throughout England, Scotland, Wales and Ireland, and never forgot where he came from,” said the Mayor.

“He was a wonderful ambassador for Ireland and Limerick. He was proud to be from Limerick, and to be an Irishman in Britain at a time when it was hard.

“I have spoken to his family about the plans and will be in consultation with them again over the coming weeks," he said, adding that the piece could prove to be a tourist draw. If we could get even one per cent of his six million listeners to Limerick that would be fantastic. For his army of followers, it would be a pilgrimage they would have to make. We honoured him in life, we should likewise do it in his passing.”

Situated on Bedford Row, opposite the proposed site for Sir Terry's memorial, is the statue of the twice Oscar-nominated actor Richard Harris, which drew severe criticism at the time of its unveiling.

That piece, which cost €150,000, depicts him in his role as King Arthur from Camelot.