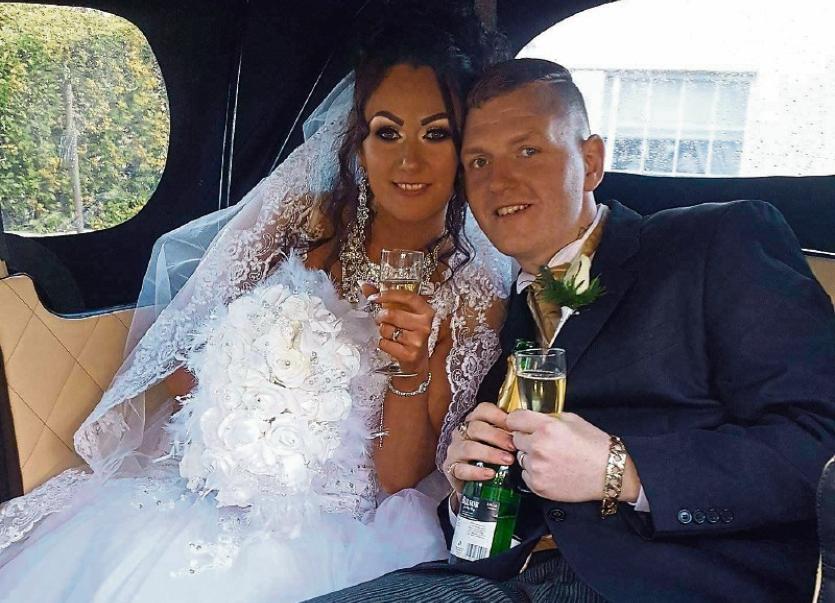 Mother of four April Collins, 29, who previously dated Ger Dundon, has now wed O’Neill, 28, who was released in December 2012 after serving a 10-year sentence for his part as the leader in the horrific gang rape of a woman in county Clare in 2004.

April, who had been in a relationship with Ger Dundon since she was about 15 and had three children together, ended her relationship in April 2010.

Tensions and difficulties followed suit, especially regarding whether or how often she would bring her children to visit their father, Ger, while he was in prison.

She later gave evidence that on April 3, 2011, his brother John Dundon banged on her door and said: “I know you are in there you tramp. I want to see my nephews. When I get you I am going to kill you.”

The newly-wed couple are now using the name Sheehy, O’Neill’s father name, after getting married in Limerick in recent weeks. She previously used the name April Thomas O’Neill on public forums.

They exchanged their vows in Our Lady of Lourdes Church in Ballincurra Weston, and held their reception at home in Clarina Avenue, which she described as “the best day of my life”. She had long stated her intention to marry him once he was released from prison.

O’Neill, who has 36 convictions, was last sentenced in 2013 to three and a half years in prison in connection with a vicious street robbery.

In that hearing, his defence told the court that O’Neill had “altered his outlook on life and his attitude,” as he now has a partner and child.

He also has convictions for assaults, threats to cause criminal damage, false imprisonment, intimidation and burglary.

That same year, she helped to bring down the Dundons when she became a State witness in the Shane Geoghegan murder trial, after he was shot in 2008 in a case of mistaken identity.

Wayne Dundon was jailed for six years after being convicted at the non-jury Special Criminal Court in 2012 of threatening Alice Collins – April’s mother - that he would kill or cause serious harm to her sons Gareth and Jimmy at Hyde Avenue, on September 30, 2010.

He was also found guilty of intimidating, on the same date, potential prosecution witnesses Alice and April Collins, with the intention of obstructing the course of justice.

John Dundon was also found guilty in 2012 of threatening to kill April Collins on April 3 and 4, 2011. He was jailed for five and half years.

After the Court of Appeal dismissed appeals by both brothers against their convictions, they sought permission to bring further appeals to the Supreme Court. The court refused leave for further appeals in both cases in November last.

During the Shane Geoghegan murder trial, Ms Collins told the three-judge, non-jury court that the actual target of the killing was a man named John McNamara.

She said that she had heard John Dundon order his killing and that he panicked when he heard the wrong man had been shot.

While she was stopped by gardai twice that night, she said she would have been killed if she spoke out against the Dundons.

She ended her relationship with Ger Dundon about a month before she gave her statement to gardai on Mr Geoghegan’s murder.

‘I’m not going to spend the rest of my f***ing life going up and down to jail to visit you, she told the court regarding her phone call to Ger in prison, and said that she stopped accepting his calls after that.

“I didn’t want that kind of life anymore and especially for my kids,” she said.

It was around this time that she began a relationship with O’Neill.