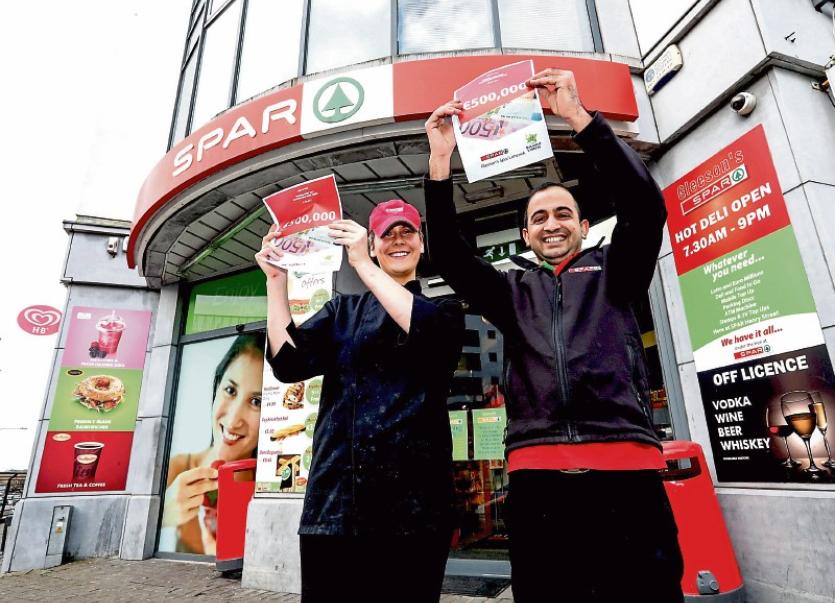 Two sisters who bought a Euromillions ticket while on a shopping spree in Limerick have claimed a jackpot of just over €500,000.

The sisters, who wish to keep their win private, purchased the winning Quick Pick ticket at Gleesons Spar, Henry Street on Friday, February 17 – the day of the draw.

However it wasn’t until two days later that they realised they had won the Euromillions Plus jacket.

“I was reading the Sunday Independent at home on Sunday afternoon and the EuroMillions results caught my eye. When I checked the numbers, I started shaking inexplicably, it was like nothing I’ve ever experienced. I grabbed the phone and called my sister straight away,” said one of the sisters.

“We had a long day of shopping and as we were walking down Henry Street in Limerick, my sister said that she wanted a bottle of water. As we were in the shop, we said that we would go halves on a EuroMillions Quick Pick ticket for the draw that night. Thank God she was thirsty,” she laughed.

The two sisters, who claimed their jackpot for National Lottery HQ on Friday, said it’s still hard to believe their luck.

“We’re sisters but we’re also the best of friends and I couldn’t imagine a better way to win this money. Our family means the absolute world to us both. We will enjoy the celebrations for the next few days before we start making plans on how best to share the money,” they said.