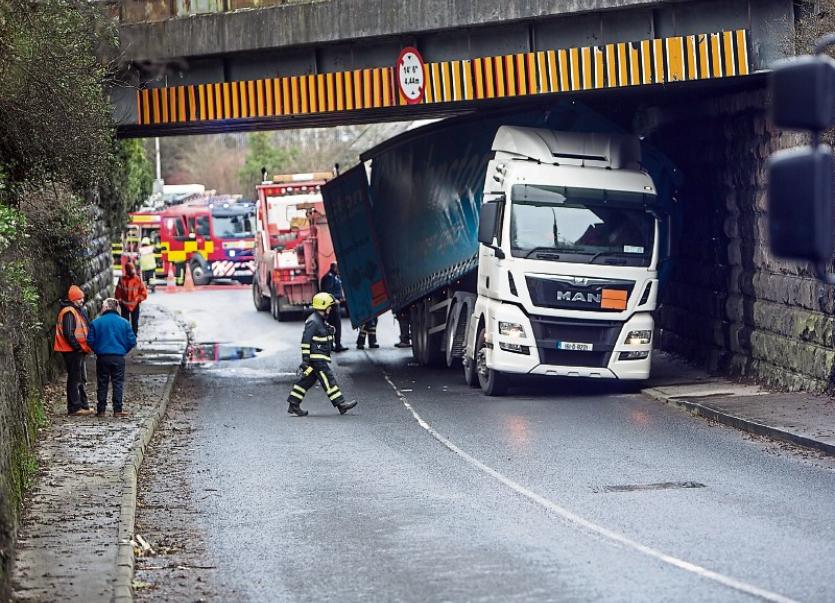 Emergency Services at the scene of the bridge strike - PICTURE: Press 22

The Kilmallock Road has reopened to traffic after a truck carrying chemicals hit a railway bridge this Friday afternoon.

The bridge strike happened shortly before 2pm near the Kilmallock Road Roundabout.

Four units of Limerick Fire and Rescue service attended the scene for several hours along with gardai from Roxboro Road station.

A specialist decontamination unit was deployed as a precaution given the nature of the chemicals which were being transported. 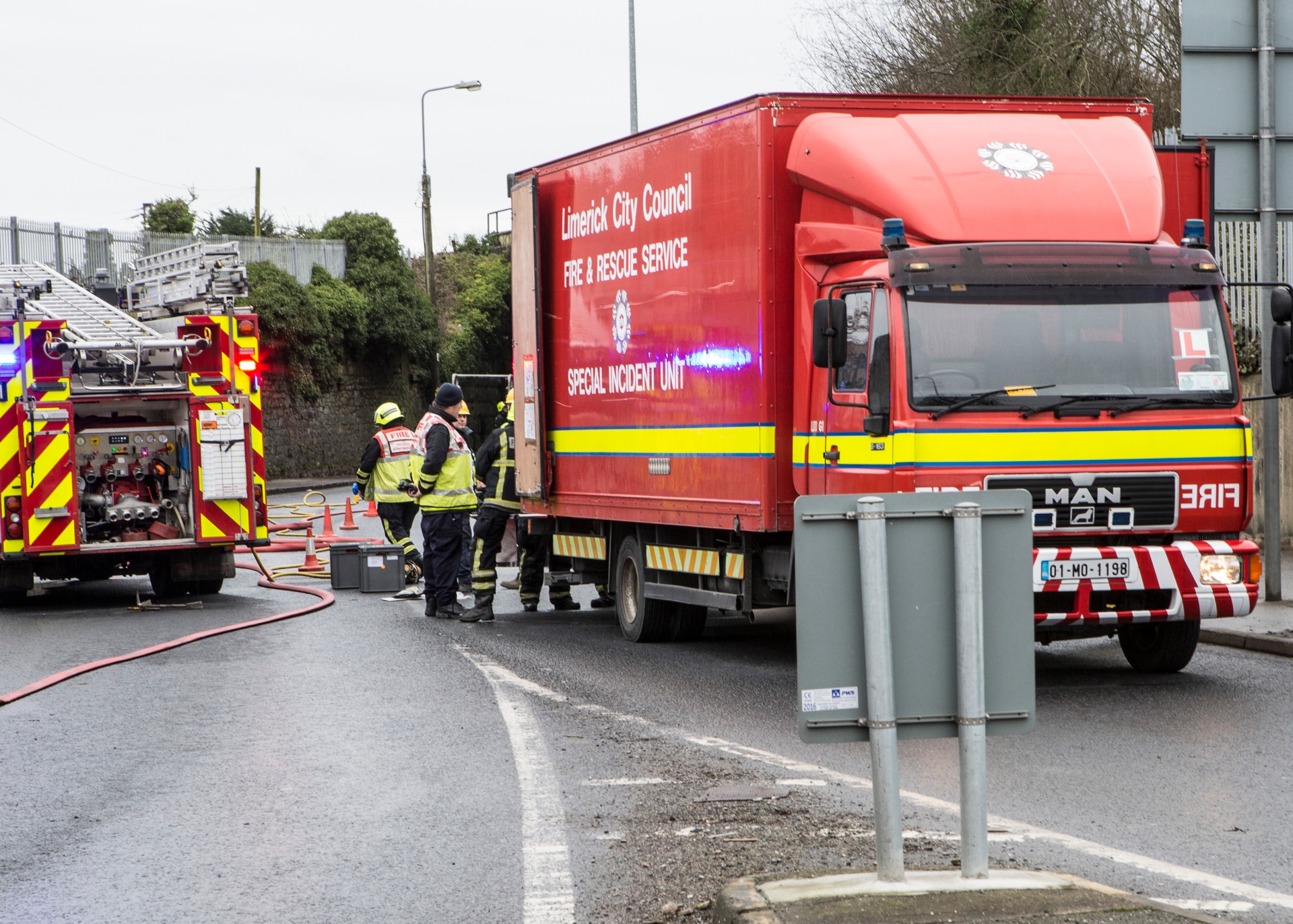 However, there was no spillage and nobody was injured as a result of the incident.

Iarnród Eireann says services between Limerick Junction and Colbert station have also resumed but that delays can be expected.

Update: Bridge has been safely cleared. Traffic resumed between Limerick and Limerick Junction with some delays.