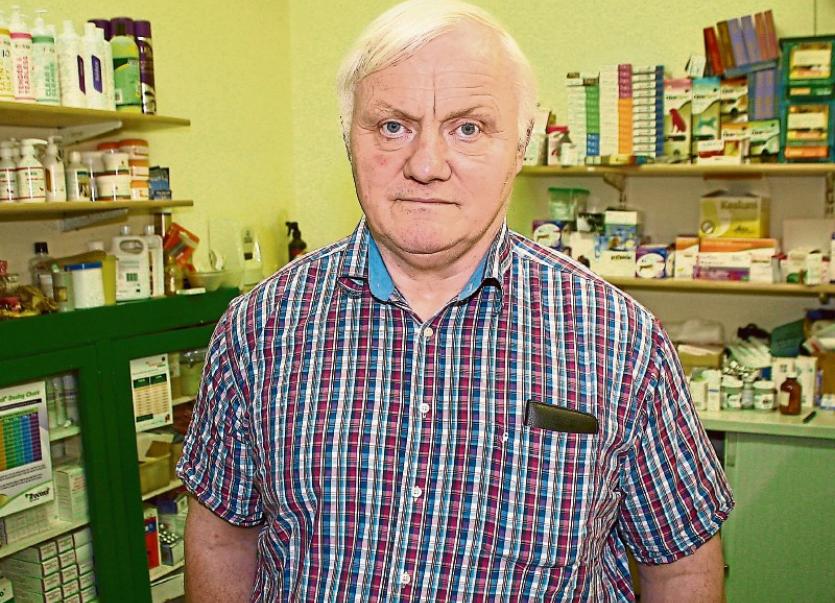 A LIMERICK vet has issued a warning to dog owners after seeing three pets die from poison in the last eight weeks.

In January, the Limerick Leader reported on another canine killed from consuming strychnine which brings the number to four, that are known of.

In a Facebook post, John O’Dwyer said: “Just be careful if walking your dog in the Clonlara / Castleconnell area. There is still someone putting poison down on the public walks there. They are using a mixture of strychnine and rat poison in a very concentrated form and it has been impossible to save any that have come in to us. If anyone has any suspicion as to who is doing this please contact your local garda. This person needs to be caught.”

Mr O’Dwyer, whose small animal hospital is based in Henry Street in Limerick city, says it is a “horrible death”.

“People don’t even see the poison. Two of the dogs were on leads. One dog was just walking along, sniffing around, the next thing the dog had a fit on the ground and then it was dead,” said Mr O’Dwyer, who thinks the poison must be soaked in a biscuit or something similar.

“They aren’t eating a big pile of bones or anything like that. We had two of them tested and they came back positive from the laboratory for strychnine and rat poison,” said Mr O’Dwyer.

He stresses that these are not people walking their dogs through farmers’ fields but on public walkways.

Anybody with any information on who is putting down the poison is asked to contact their local garda station.