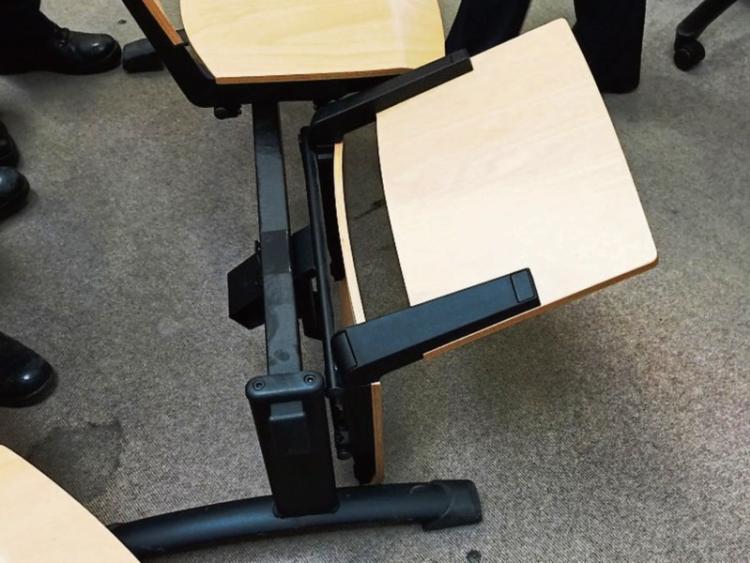 The chair was removed from the courtroom following the incident

Sittings of Limerick District Court were disrupted this morning as paramedics treated a man who fell off a seat in body of the courtroom.

The incident happened a around 11.15am moments after the case of the 30-year-old, who is charged with burglary, had been called and adjourned to a later date.

There was a loud crack as the chair appeared to give way as the man, who has an address in Garryowen, resumed his seat.

After being informed by gardai that the man could not get up and was complaining of back pain, Judge Mary Larkin suspended the court sitting and ordered that the court be cleared.

Two paramedics from the National Ambulance Service who arrived a short time later, assessed the man for around 20 minutes before placing him in an inflatable stretcher.

Around an hour after the incident happened, the man was taken by ambulance to University Hospital Limerick for further assessment.

His condition is not known.

The chair on which the man had been sitting was removed from the courtroom before Judge Larking resumed the list.