Michael Noonan hits out at 'fake news' over his political future

But concern as minister looks set for back benches 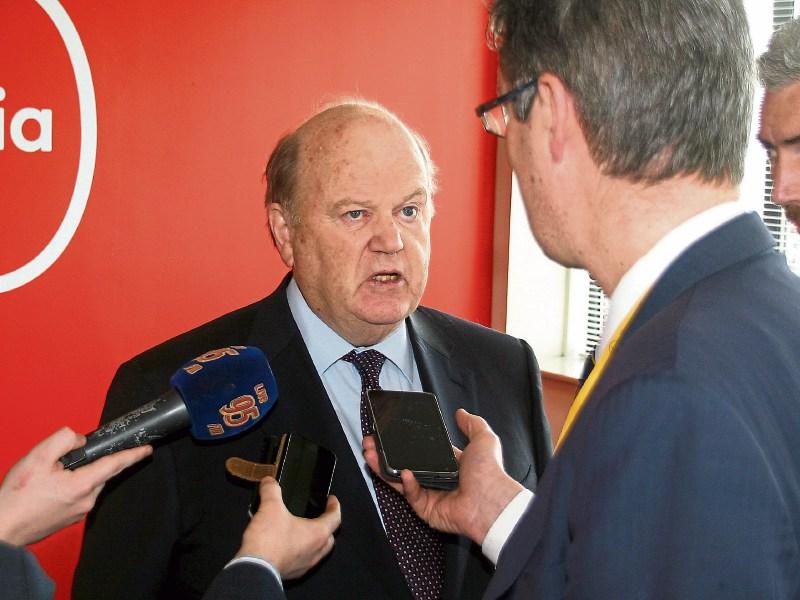 WHILE Limerick faces the prospect of losing its only senior minister, Michael Noonan insists he has made no decision on whether he will contest the next general election, whenever it should be staged.

Speaking exclusively to the Limerick Leader, the finance minister has firmly put to bed any rumours that he will retire shortly and force a by-election in Limerick, denouncing this as “fake news” with “no truth in it”.

And he also denied reports in the Irish Independent that he had made a last ditch attempt this week to prolong his long term ally An Taoiseach Enda Kenny’s time in office.

With the leadership of Fine Gael set to change some time after Mr Kenny's trip to the US on St Patrick's Day, it has been widely speculated that the veteran Limerick politician will return to the back benches.

This move could leave Limerick without representation at the cabinet table, and has prompted fears the city’s renaissance could be stalled as a result.

Meanwhile, top businessman Denis Brosnan has said “the most important thing” is that there is a “Limerick minister” at the highest level of government.

When asked by the Leader on his own future, Mr Noonan – first elected to the Dail in 1981- remained tight-lipped.

“My own position doesn’t arise because there’s no vacancy yet. My own position will only arise if a new Taoiseach is selecting a cabinet, and then we’ll deal with it at that stage,” he said.

Various well-placed sources, however, have indicated Mr Noonan, a former Health Minister, will return to the back benches at the same time as Mr Kenny.

They cite his age, approaching 74, and recent health issues – although in recent times the finance minister has insisted his health is fine.

There are real fears on whether the recent flow of new jobs will continue to come to Limerick if Mr Noonan leaves the highest stage, however, with many seeing him as extremely influential in securing some of the thousands of IDA-backed jobs the city has enjoyed in recent years.

And with the possibility of a new leader of Fine Gael being from one of Ireland’s other major cities – Dublin and Cork – there is a fear Limerick will be left behind.

“In terms of Michael Noonan, one word I’d say is ‘huge’ would be the loss. I think Michael has been a tremendous asset for the region. He has done a lot of work publicly and behind the scenes to ensure Limerick is well represented at the top table. We have seen the benefit of it,” Dr Ring said.

“When Michael does move on from their being a minister and ultimately being a politiciian, Limerick is going to suffer,” he added.

The Chamber boss called on Ireland’s political parties to ensure the politicians being put forward in Limerick “have the capacity to go to the very top level”.

On Mr Noonan, Mr Brosnan added: “Would Limerick have seen the renaissance it has? It probably would, but it doesn’t take away from the fact he has worked tirelessly for Limerick. The question is how far we’d have come without him.”

But, he said this Wednesday, “He is a minister who cared about Limerick. While he has been modest in what he’s said in relation to the delivery of Limerick projects, I feel had he not been there, we would not have seen the progress we have.”

Meanwhile, should Mr Noonan retire at the next general election, there is likely to be a clamour to get one of what is likely to be two places on the Fine Gael ticket in the city.

While Senators Maria Byrne and Kieran O’Donnell would be well placed, sources close to Cllr Daniel Butler have indicated he may also put his name forward.