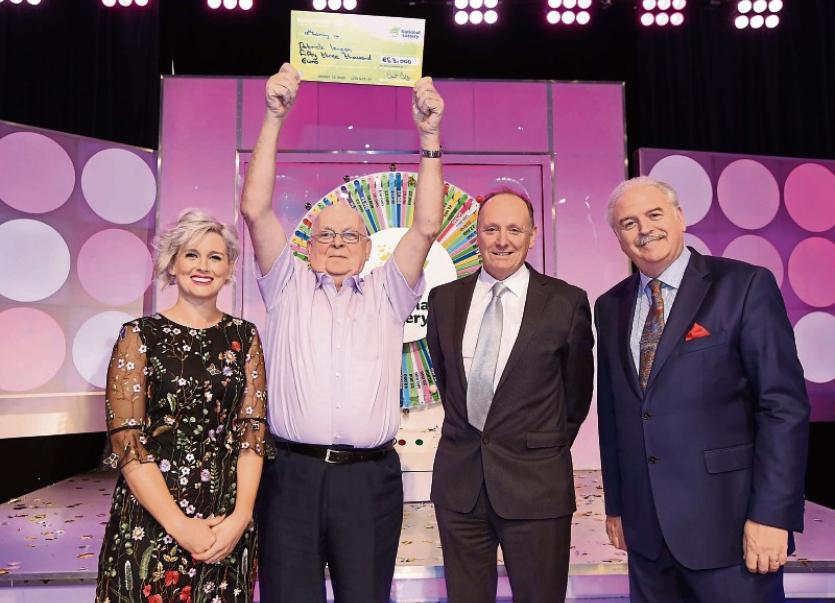 A LIMERICK family has made it a hat-trick of appearances on the Winning Streak gameshow.

Patrick Langan, from Athea, took home €53,000 after his appearance on the show on Saturday night – the biggest winner on the night. His daughter, Maura appeared on Winning Streak twice in 2009 and 2012, the National Lottery said.

There were five lucky players taking part in the Marty Whelan and Sinead Kennedy hosted gameshow, winning prizes to the value of €144,000.

Mr Langan, who bought his ticket in the Supervalu in Listowel, and his wife Mairéad have five children – Brid, John, Eamonn, Maura and Padraig.

Patrick retired this year from working with his brother, Eddie as an agricultural contractor.

He is the latest Limerick person to enjoy Lotto success in recent days, after a scratch card holder recently won €50,000 from a €5 scratch card purchased at Gleeson’s Spar store on Catherine Street, while there was a €209,241 win from a Quick Pick ticket bought in Kelly’s Costcutter on Main Street in Foynes.

And there was a Euromilions plus ticket worth €500,000 sold at Gleeson’s Spar at Newtown House in Henry Street last week –  understood to be the only winner of this jackpot in the whole of Europe.