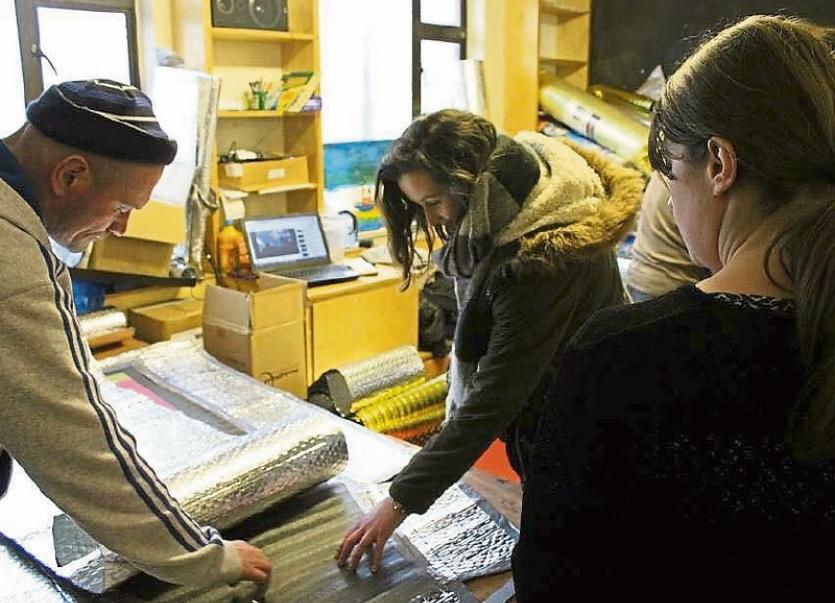 A DESMOND College student has been recognised as a finalist for an all-Ireland community award after her invention of a sleeping bag to protect the homeless.

Sixth year Emily Duffy, a youth volunteer, has been shortlisted in the final 20 for the 2017 Pramerica Spirit of Community Awards.

The nomination for the only all-Ireland youth initiative of its kind — which rewards post-primary students for outstanding acts of volunteerism and the positive contribution they make in their local communities and further afield — came about because of her dedication to service in her community.

“Emily has made a difference to our world. Her actions have improved the lives of countless people,” said principal of Desmond College, Vourneen Gavin Barry.

“There was no gain or advantage in this for Emily, except that she wants to make the world a better place. She is a wonderful young woman,” added Ms Gavin Barry.

Emily was initially moved by the high levels of homelessness in her community which she learnt about through her school, and was motivated by the struggles faced by homeless people daily.  She began volunteering with Mendicity, a charity that employs homeless men and helps enable them to start a new life.

Working closely with the service users, Emily ensured that her invention met their needs and requirements. She spent countless hours on the final design and production of the Duffily Bag, that protects homeless people from the harsh conditions they experience living on the streets

She also undertook a significant fundraising campaign to allow for the distribution of the bags and together with a mentor, has also had the bags delivered to refugee camps in France, both in Calais and Dunkirk.

The post-primary students, who hail from all corners of Ireland, will be presented with €500 and an engraved silver medallion at the gala awards ceremony on March 23 at the Crowne Plaza Hotel in Dublin, with special guest speaker Irish international rugby player Jordi Murphy.

At the gala, two of the 20 students will be named All-Ireland Youth Volunteers of the Year, receiving €1,000, a gold medallion, a crystal trophy for their school and an all-expenses paid trip to the United States in May to participate in the Prudential Spirit of Community Awards.

Emily is the only student from Limerick to be up for the award, and is among students from the Republic and Northern Ireland.