Residents group says it will object to planning approval 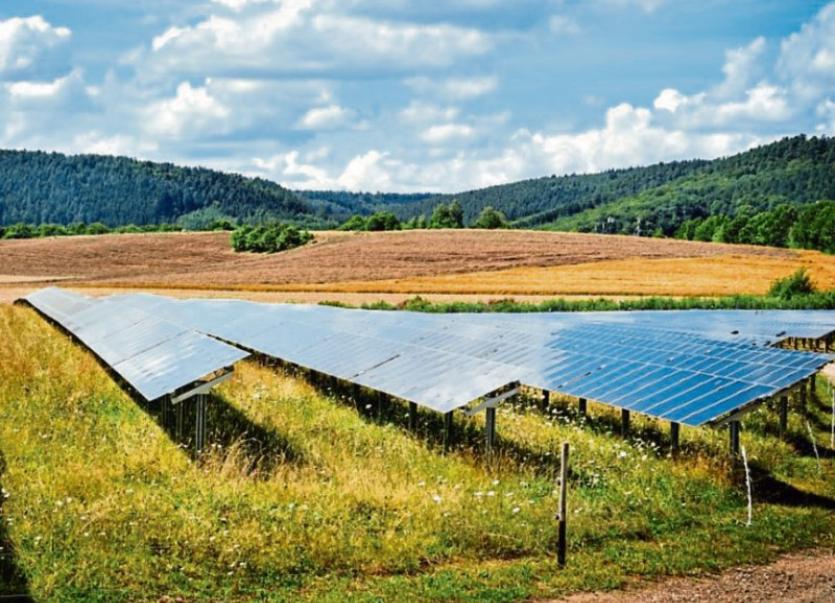 Planning permission has been granted for the proposed solar farm at Woodstown, Lisnagry

Limerick City and County Council has given the green light for a solar farm in County Limerick.

Dublin-based Terra Solar Limited received a ten year permission for the development of a solar PV farm consisting of up to 35,582 sqms (almost nine acres) of solar panels on ground mounted steel frames at Woodstown, Lisnagry.

Andre Fernon, director, Terra Solar said they are very pleased planning has been granted for their proposed development.

“We feel that the council adopted a rigorous, diligent yet fair assessment of our proposals and we are committed to making sure that the solar farm is developed responsibly. The planning grant is obviously only the first step and will hopefully mark the beginning of a successful long term relationship with the county and the local communities in Woodstown and the surrounding areas,” said Mr Fernon.

It will have the capacity to produce about 4 megawatts of electricity from solar energy.

“We applied to ESB Networks for permission to connect the solar farm to the national grid and the ESB are currently preparing the connection contract. Once this is agreed and signed they will decide when they wish us to plug into the grid. We will commence construction 12 weeks before the grid connection date,” said the director.

At nearby Grange Upper, Annacotty, Rengen Technologies Ltd is awaiting a decision on a 30 acre solar farm following a request for further information.

Terra says solar power is one of the cleanest sources of energy. “It does not emit any pollution when it is produced or consumed. In comparison to other sources of energy such as coal and natural gas, solar energy projects exert minimal impact on their environment and support biodiversity,” they say.

However, over 50 locals aren’t convinced. They have concerns about “possible impacts for neighbouring areas arising from glint and glare reflections”.

They say they are very disappointed that Terra  received planning for the solar farm “in our area” and will be “strongly objecting”.

“Some of our issues were not dealt with. Planning permission was previously refused in this area due to traffic issues but for some reason this is now not an issue. The planners kept using the phrase ‘to protect the residential amenities in the interest of proper planning’.

Then they grant 35,582 sqms of glass panels beside residences and a salmon river feeding into the Shannon – how can this be?” said the spokesperson.