Jury told argument of self defence is "a step too far" 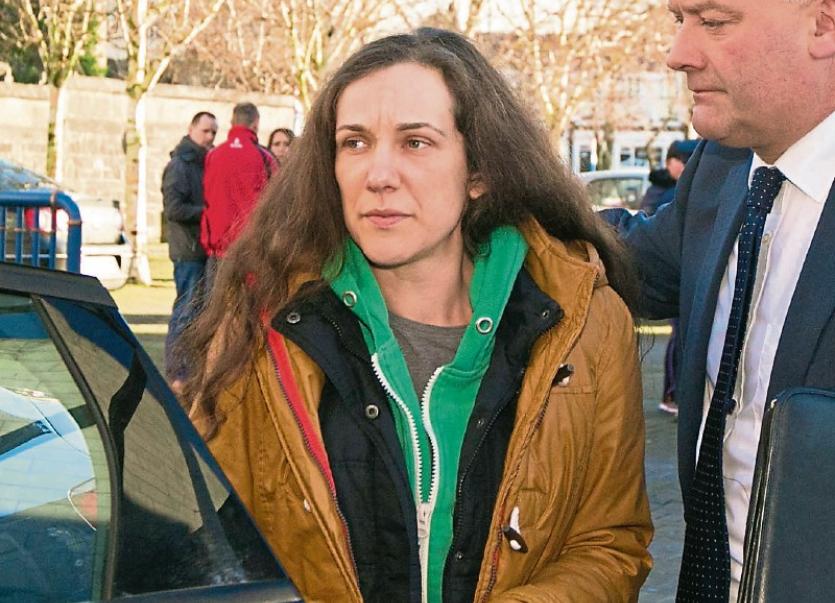 A JURY has been told that it is “a leap too far” to say a woman accused of murdering her housemate and former partner at their home in Castletroy was acting in self-defence.

In his closing speech this Thursday, Paul Carroll SC, prosecuting, said if one took a knife and used it in the way that was described in evidence, the natural and probable consequences of that conduct was that one intended to kill or at a minimum cause serious injury.

Monika Matracka, aged 35, with an address at The Pines, Briarfield denies murdering Michal Rejmer (38) sometime between 8pm on December 30 and midnight on December 31, 2015.

The court heard on Wednesday that Mr Rejmer died as a result of bleeding from stab wounds to the arms.

Mr Carroll said one of the areas the jury would have to consider is whether Ms Matracka acted in self-defence and the prosecution took the view that this was "a leap too far because of the evidence in the case."

He said the issue of self-defence arises where a person uses no more force than is reasonably necessary. "That is something you will look at in a subjective way," he said.

Counsel went on to tell the jury that if they were of the view that Ms Matracka used more force than was reasonably necessary but no more than she believed was necessary, it would still be an unlawful killing and the appropriate verdict would be manslaughter.

He asked the jury to look coldly and cast their eye analytically at the evidence in the case.

“We have six memorandums of interview with many inconsistencies and embellishments in them. It doesn’t match up,” he said.

The barrister told the jury that whatever happened on the night that Mr Rejmer was killed, the upshot of it was that he remained on the kitchen floor and Ms Matracka went to work for the day.

“You will recollect that a number of witnesses from the hotel gave evidence of seeing Ms Matracka over those days. We know during that time that Mr Rejmer was moved to the computer room by her and then ultimately to the back garden. And we know that in that intervening period she set about cleaning up pools of blood with water and cleaning fluids. She burned the scrubbing brushes, the knife, the phone parts, her clothes and a rug,” he said.

“She actually texted Michal a Happy New Year and there were numerous dialled calls to Mr Rejmer’s various phones up to January 5. What was that about?” he said.

Mr Carroll asked the jury why the accused did not say anything to friends and gardai when Mr Rejmer was lying in the back garden under logs and plastic and instead started “to develop things.”

He said there was “opportunity after opportunity to say something” about what happened but yet she said nothing to nobody.

“She told gardai about the house being cleaned up and another nice bit of embellishment was saying that Michal’s bike was pointing in a different direction in the house. There was this pretence of making phone calls to a dead person, whose phones were destroyed and thrown away,” he said.

Counsel said that everything had “been normal in appearance” with Ms Matracka up to January 7 but it was only when everybody knew that Mr Rejmer had gone missing did she show “a bit of emotion and upset” amongst her work colleagues.

Mr Carroll said that Mr Rejmer’s body was not put in the back garden under a cover in order to protect him from the rain but instead it was an attempt to hide his body.

“Logs are put over it and nobody finds it until Mr Kanios actually stood on the deceased,” he said.

The court heard that it was only when Ms Matracka had nowhere to stay does “some sort of approach” to telling “the truth dawn on her” and she told gardai she killed Michal.

Counsel said that “a bucket of salt was needed to accept anything” in Ms Matracka’s garda interviews.

Mr Carroll asked the jury to consider if the puncture wounds on Mr Rejmer’s thigh and lower back “tallied" with a defence of self-defence.

“What occurred here at a minimum was an intention to kill or cause serious injury. I question if there was any honest belief that what Ms Matracka was doing was necessary to defend herself. What happened here without any stretch of the imagination was an excessive use of force,” he said.

Earlier in the morning the prosecution recalled Detective Garda Nick Jones told the court that Ms Matracka had no previous convictions.

Det Garda Jones also said that he had compiled data from Ms Matracka’s phone and that both the accused and deceased exchanged Happy Christmas texts to each other on December 24.

The court heard there was also a text on January 1 from Ms Matracka’s phone to Mr Rejmer’s phone saying: “Happy New Year.”

Detective Garda Jones agreed with Mr Carroll that the accused had also dialled the deceased’s phone on several occasions between January 3 and 5 but it never connected.

The jury has hear that Michal Rejmer was reported missing on January 6, 2016 after colleagues became concerned when he had not turned up for work at McDonald's in Castletroy for a number of days. He was last seen on December 30, 2015.

Mr Rejmer's body was discovered by his friend and a local volunteer at the rear of his house in Castletroy under some plastic sheeting on January 8.

The jury will hear a closing speech from the defence and the judge's charge this Friday.